Jared Greenberg And His Path To Sports Broadcasting Success 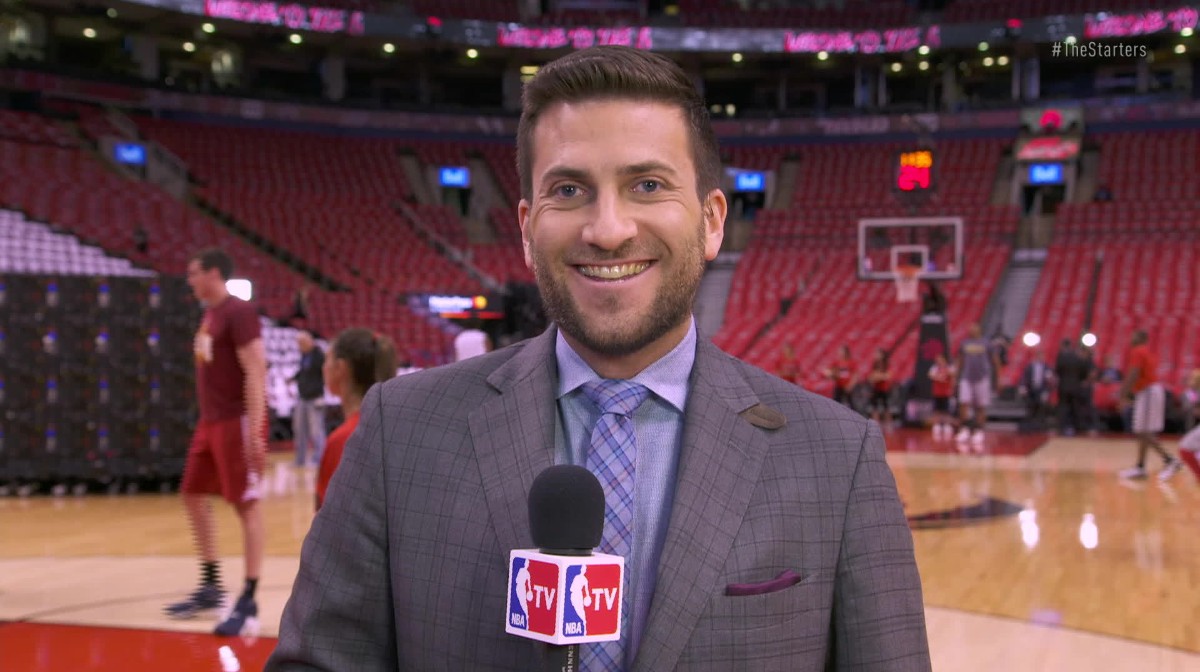 Jared Greenberg, anchor of High School SportsDesk on MSG Varsity, has led anything but a conventional career. With his passion for sports and diverse path in broadcasting, Greenberg has quickly become one of today’s brightest young personalities in sportscasting.

Greenberg first got his start while attending Mahwah High School at WRPR 90.3 FM, a local radio station at Ramapo College of New Jersey. It was there where Greenberg first discovered his voice and adoration for sports.

“From the first day I ever stepped into a studio until today, I know that I’ll never leave one,” says Greenberg. “When I was in high school, I had the opportunity to work at a radio station in New Jersey, and it really triggered my interest in being involved in the media some way. At first, I didn’t really know what I wanted to do. But once I realized I could tie in my passion for sports, I thought I could definitely move forward with it.”

“I went to Hofstra because it had a combination of things,” says Greenberg. “Obviously, I wanted a good Communications program. But mainly, I wanted a place that had a strong radio station, and a high-level athletic department with a football team. When you take those three components, and the fact that I was 30 minutes outside of New York City, it was really the perfect match for me.”

While attending Hofstra, Greenberg had the opportunity to broadcast over 200 play-by-play NCAA Division 1 games, while hosting hundreds of talk shows.

“I did all the football games for three and a half years and all the men’s basketball games. I called games against Gonzaga, Maryland, and games in the NIT. I also had the opportunity to do lacrosse, baseball and softball, and that’s really what prepared me for my career outside of college.”

“When I went into Hofstra, I really felt like I was going to have a career in radio,” Greenberg explains. “But when I was a Junior, I had the opportunity to do some professional television as a sideline reporter for the men’s basketball games that aired on MSG and Comcast. That really opened my eyes toward TV.”

After graduation, Greenberg landed his first broadcasting role in 2005 with the Newark Bears, an independent minor league baseball team in the Canadian American Association of Professional Baseball. With the Bears, he served as the team’s Media Relations Manager and traveled with the team, broadcasting all road games.

“When I got out of college, my first real TV job was called “one-man banding”. I had to shoot with the camera, be my own reporter and editor, and sometimes be the guy anchoring the sportscast.”

Between 2005 and today, Greenberg continued to hold various broadcasting roles, which included sports reporting with News 12 in the Bronx, and select play-by-play and reporting for men’s and women’s college basketball for ESPN 360. But perhaps his favorite role during that time was working for NBA-TV.

“My job with NBA-TV was one of the coolest experiences I’ll ever have,” says Greenberg. “My job was primarily to do voice-over highlights or anything that needed to have a professional voice on it for NBA.com, AOL.com, and for anything else NBA related. It was something that could air anywhere around the world. But within a year, I was hosting television shows. I hosted a show called NBA-TV Fantasy Hoops, and I also filled in hosting the nightly show with the highlight wrap. It was just a really cool experience.”

In 2009, Greenberg landed his current gig with MSG Varsity. As the nightly anchor for High School SportsDesk, he reports high school sports to communities in the tri-state area. With MSG Varsity, Greenberg has the opportunity to make use of his distinct broadcasting background to highlight high school sports in ways that directly affect athletes and schools in the surrounding neighborhoods.

“What I really learned with News 12 was how to be a hyper-local sportscaster,” explains Greenberg. “What that mostly means is covering high school games, the ones that appeal to people in the community. I really became knowledgeable about not only which teams are good, but the geography of the tri-state area.”

“We’re the only station to this day that’s been on the air for more than two years that is only high school sports for 365 days a year, 24 hours 7 days a week. It’s been an amazing experience to work at MSG Varsity”

The framework of Greenberg’s background undoubtedly helped shape him into the broadcaster he is today. He gives MSG Varsity a personality that has had a strong education with a diverse background in sports, and in today’s industry, it is rare to find someone who is as knowledgeable as Greenberg about not only major professional sports, but also field hockey, lacrosse, wrestling, volleyball and softball.

“I think it’s really important to have goals, and to follow your career path. I think people make the mistake of not being well rounded enough, especially with how much this industry has changed and how technology has evolved. You really need to find out what you like, but also what you don’t like. Take a risk at an internship or a low-paying job with something you’re unsure about. I did plenty of odd jobs, but I was able to put my finger on what I wanted to do.”

A Hopeful Homecoming
Looking Back with The JYD: Jerome Williams