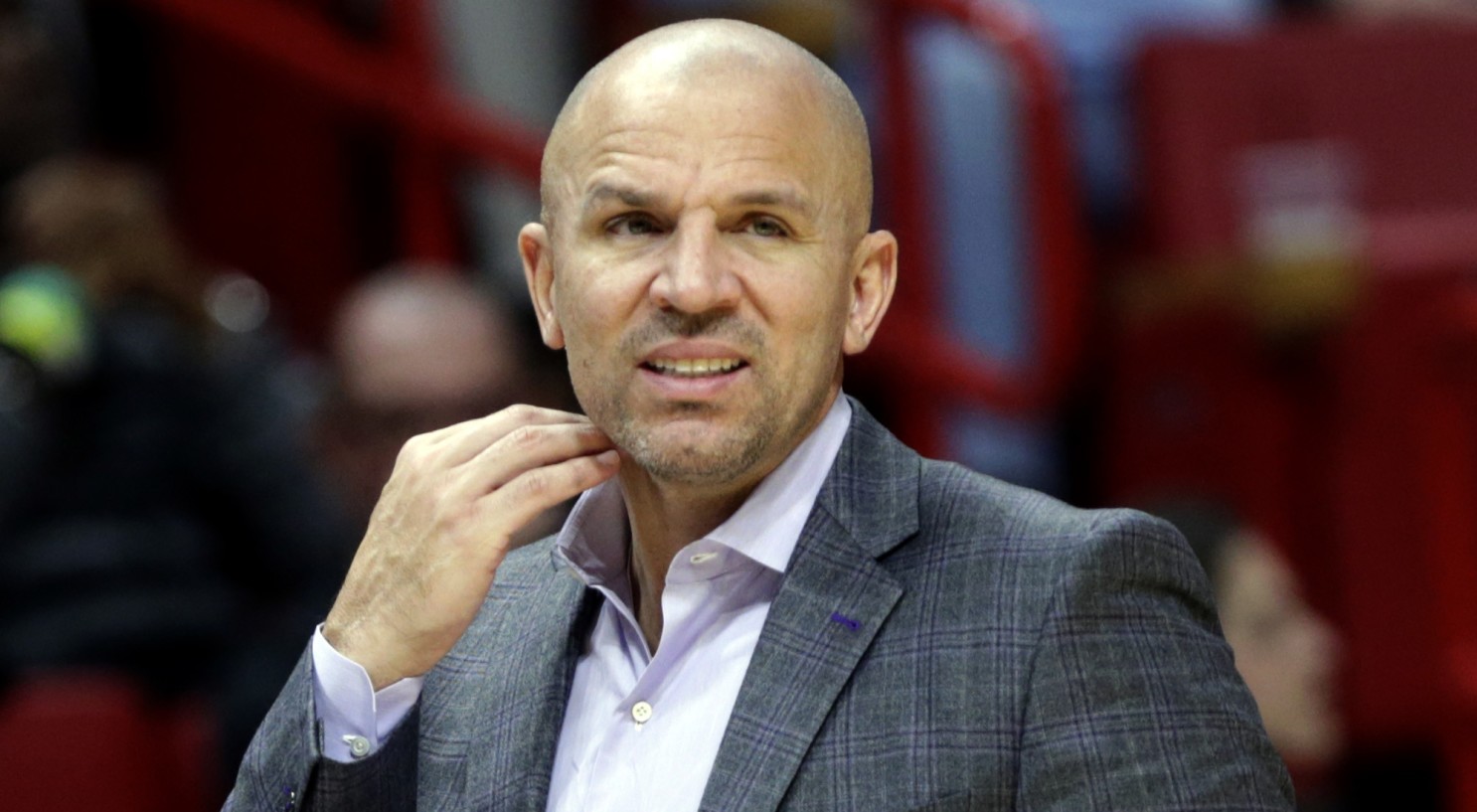 The Dallas Mavericks held their introductory press conference for the 2021 NBA season this past Friday. The panel for the conference featured a multitude of new faces around the franchise. The new offseason additions of Reggie Bullock, Moses Brown, Sterling Brown were all present along with the newly-re-signed Tim Hardaway Jr. and the Mavericks’ newly appointed General Manager Nico Harrison and Head Coach Jason Kidd.

Kidd, who will begin his third head coaching job in the NBA, is under immense pressure to help the Mavericks produce wins and playoff success.

In his career as a head coach, Kidd has posted a record of 183-190 (.491) and has failed to make his teams serious playoff competitors.

Regardless, he remained calm and incredibly optimistic, holding high praise for the new acquisitions and resigings.

In addition to commending the new players, he emphasized where the focus of the conference should lie, showcasing his commitment to building relationships within the team.

“This isn’t about me or Nico, this is about these four young men.”

Kidd also made it clear that defense would be a major point of emphasis for the team in the upcoming season, in light of the new defensive presence the Mavericks received this offseason.

Reggie Bullock, Sterling Brown and Moses Brown have all proven themselves to be quality defensive assets in the NBA, and that is exciting news for the Mavericks.

Over the past decade, Dallas has consistently been labeled as one of the worst paint protecting and overall defensive teams in the league.

Outside of Dorian-Finney Smith and Maxi Kleber, Dallas’ defense does not pose much of a threat. Their perimeter defense was especially lackluster outside of Josh Richardson, who had a disappointing season, and Finney-Smith.

Now, however, the Mavericks are getting two proven perimeter defenders in Sterling Brown and Bullock to pair with Finney-Smith. The addition of these two players, who have also developed into solid shooters much like Finney-Smith, provide Dallas with the necessary depth they need to compete when Luka Dončić is off the floor.

Moses Brown, who will likely start the season off the bench, could prove to be the biggest signing for Dallas this offseason. Not only is Brown a good defender in the paint, but a prominent rebounder as well.

In only his second season, Brown averaged nearly nine rebounds in just 21 minutes a game with the Oklahoma City Thunder. The Mavericks finished 20th in team rebounds last season, so a young presence such as Brown’s may be the answer to many of their woes as a team.

In the closing moments of the conference Kidd shared his experience with the Mavericks this past offseason.

“It’s been incredible. I’ve been around the world in a short amount of time, being able to talk to the players, spent a lot of time with my boss Nico (Harrison). The Mavs have always been home. Someone asked if anything changed, nothing’s changed. This is the best organization in the league, they take care of their players present and past.”

He went on to express his enthusiasm for the upcoming season.

“I’m excited for this opportunity to coach these young men and to achieve the goal, we’re here to win.”

While Kidd’s optimism is well placed and may turn out to be fruitful as the season progresses, there is more to the ballad of his coaching stint with the Mavericks.

According to Bill Ingram from BackSportsPage, “One Western Conference executive told BackSportsPage.com that this is likely to be Kidd’s last chance to prove he can be a head coach, given his failures in Brooklyn and Milwaukee.”

Clearly, optimism alone will not be able to get Kidd through the season. He must produce wins with the Mavericks, as his coaching career will weigh heavily upon it.

The Mavericks begin their pre-season on October 6th versus the Utah Jazz, where Kidd will make his Mavericks coaching debut.