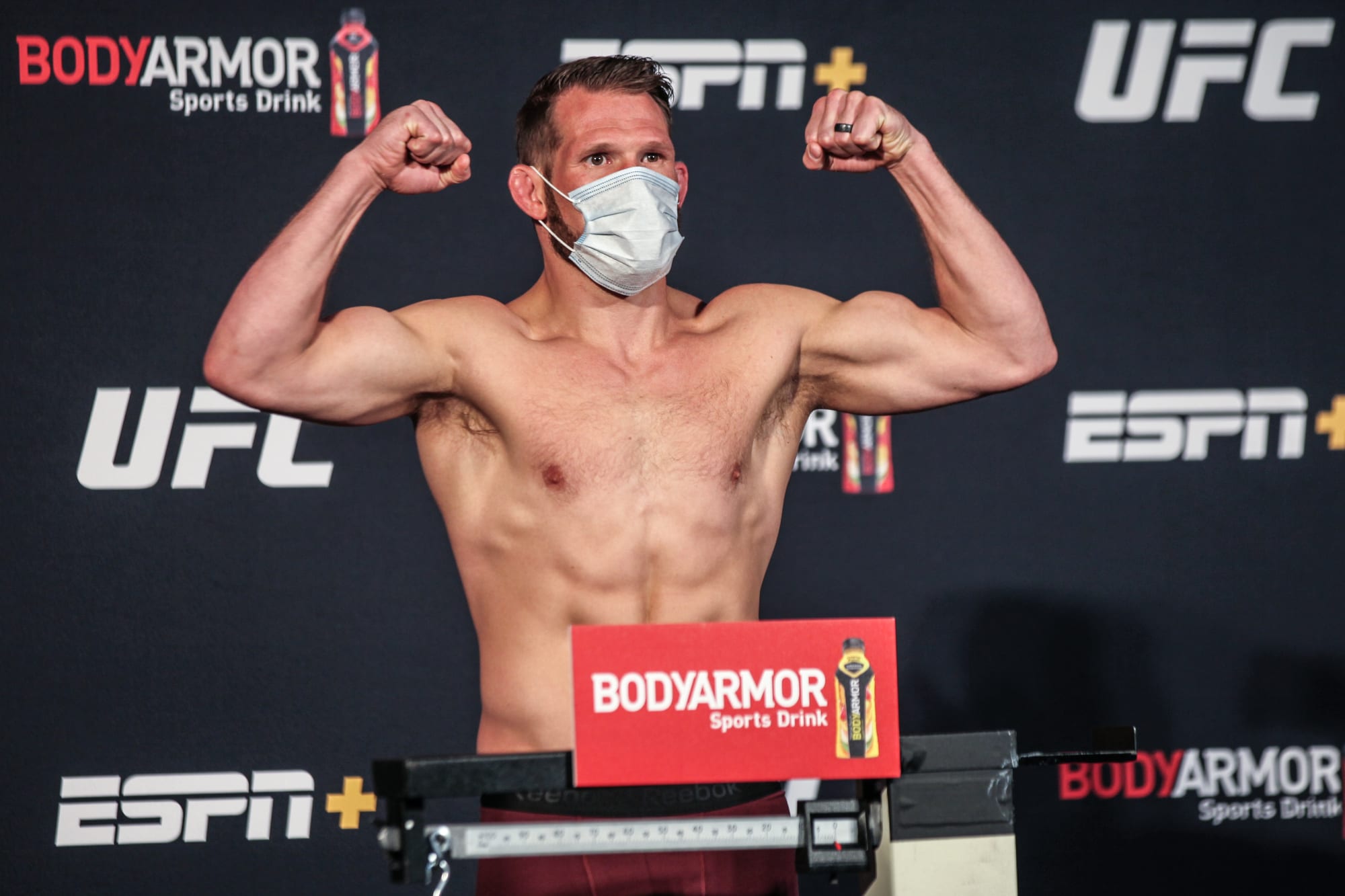 Kansas City’s Jason Witt is set to take on Cole Williams this Saturday at UFC Vegas 12. ‘The Vanilla Gorilla’ is eager to get back in there and secure his first UFC victory.

“Very eager man,” Witt responded when asked how hungry he is to get back inside the octagon. “I kind of just didn’t have the debut I wanted, so it was back to the drawing boards when I got back to Kansas City. I’ve really just been putting a lot of effort into improving my game and preparing for this fight the best I can.”

The 33 year old envisions smashing his opponent on Halloween night, and prove his talent to all those watching.

Like a true competitor, Witt is determined to out-wrestle the supposed “better wrestler” that his opponent is expected to be.

If everything goes according to plan this weekend, Witt plans on staying active, which is something he’s always demonstrated.

“I go to Florida the week after for my birthday, but yeah I wouldn’t mind fighting December or early January. Six weeks from now, even four weeks from now,” Witt told me.

Before I let him go, I wanted to get Witt’s final message for his beloved Kansas City faithful.

“I love everybody in Kansas City, it’s a great place. It’s a big city with a small town feel. A lot of support from there,” Witt proclaimed. “The support on social media means a lot… it feels good to be appreciated. Everybody at Glory MMA fitness, I know they’re all rooting for me. It’s cool to have all that support,” he concluded.

Make sure to support Jason Witt this Saturday by rooting him on when he faces Cole Williams. The prelims begin at 4pm (ET). Tune in to watch ‘The Vanilla Gorilla’!