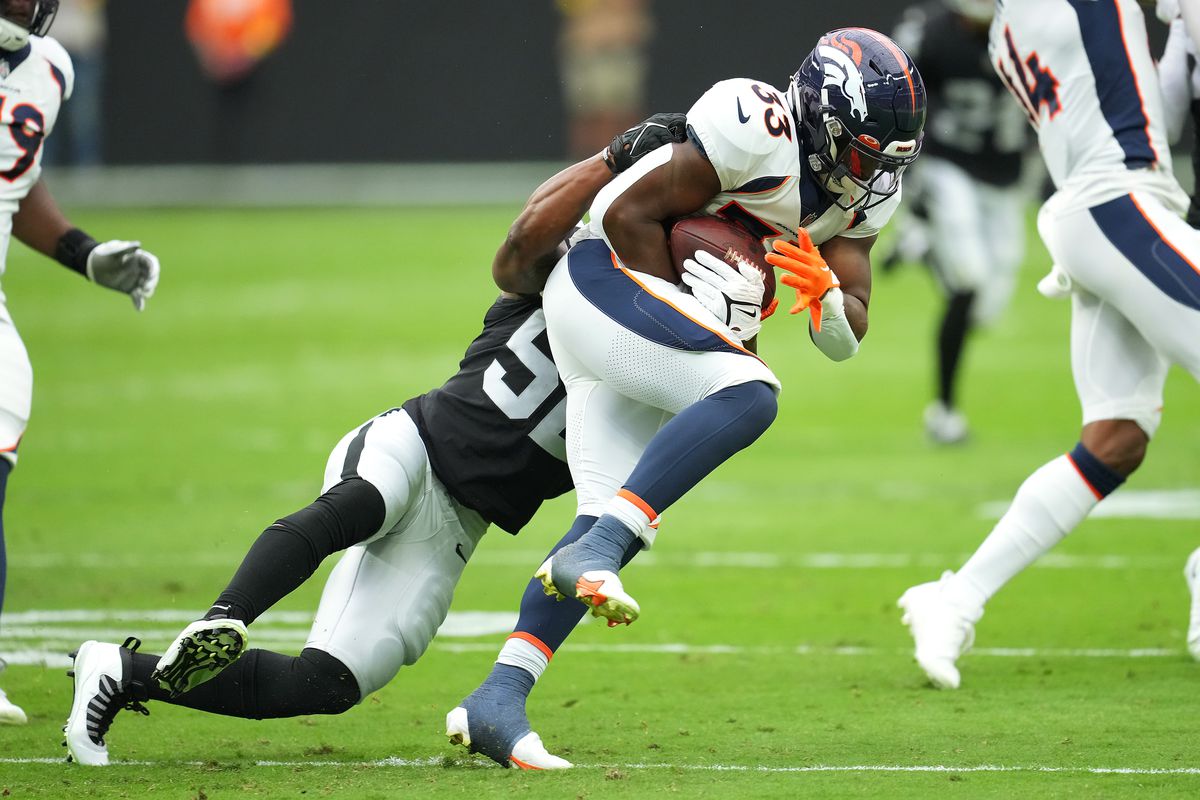 Denver Broncos running back Javonte Williams went down with a torn ACL in the 32-23 loss to the Las Vegas Raiders on Sunday October 2. This season Williams had 204 rushing yards and 76 receiving yards. In his rookie season last year, Williams had 903 rushing yards and 316 receiving yards along with seven total touchdowns. Obviously Broncos fans and the team are not happy but fantasy owners who took Williams who was poised to break out are hurting as well.

This definitely a significant loss to the offense as Williams was the team’s leading rusher in their two wins this season against the Houston Texans and the San Francisco 49ers. The Broncos use a two-headed monster at running back with Williams and Melvin Gordon III. However, Williams had a lot of upside as he can also catch passes out of the backfield.

The Broncos are looking to make the playoffs for the first time since 2015 where they won the Super Bowl and made a blockbuster trade for quarterback Russell Wilson and signed premium pass-rusher Randy Gregory. With a much better quarterback, many thought Williams was going to thrive in this offense and the Broncos could be a playoff contender, but now Williams will have to wait until next year to play with his franchise quarterback.

As sad as the Williams injury is, the Broncos cannot sit around and mope around as they need to have the next man up mentality and fill a way to make up for Williams workload. Gordon III will presumably get the full workload and become the main running back. However, Mike Boone slides in to be the backup. Boone in his five-season career has 434 rushing yards and four career touchdowns.

To add depth and veteran experience at the position, the Broncos signed running back Latavius Murray. Murray got the start for the New Orleans Saints on Sunday October 2 in London to fill-in for the injured Alvin Kamara where he had 57 rushing yards and a touchdown.

Williams joins the long laundry list of injuries for the Broncos. Williams joins wide receiver Tim Patrick who is also out for the season with a torn ACL and Gregory and star free safety Justin Simmons are on the IR. For the Broncos to be legit and snap their playoff drought, they need to stay healthy and get Wilson going on offense as well as keeping a strong run game.

The New and Improved MLB Playoffs, now with 6 AL Teams
New York Jets Five Things to Watch for vs Dolphins