Jed Lowrie’s Impact Through His Years in Oakland 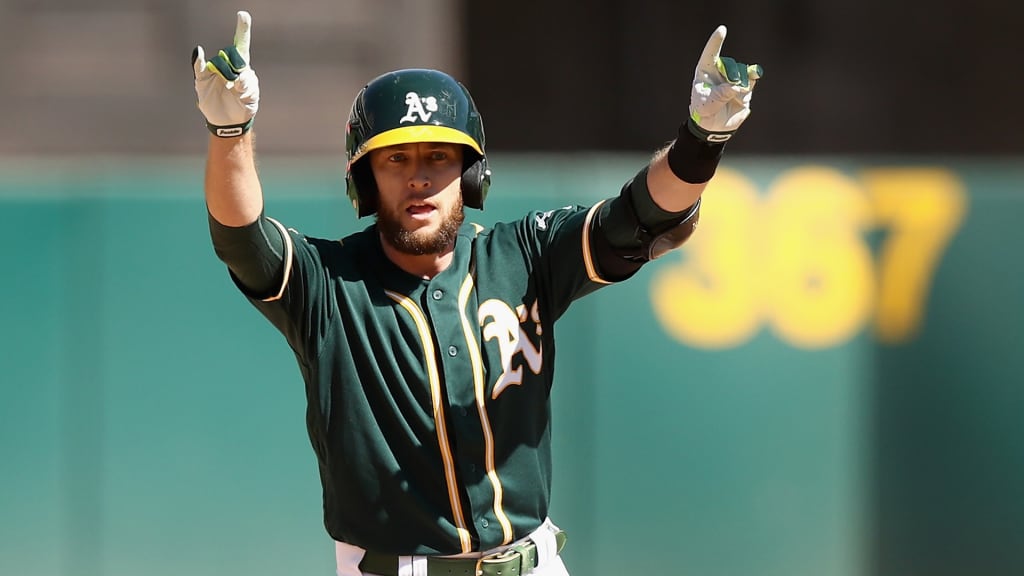 When it comes to the last decade in Oakland Athletics baseball, one player who remained synonymous with the team throughout was infielder Jed Lowrie. On Wednesday however, in the midst of what has been a difficult season, the 38-year-old may have just sung his swan song. In his 14-year career he has played for four different teams. It was with the A’s where he saw the most consistent action and had some of his best seasons. He played for the team on three separate stints in seven seasons. Here is a look at his memorable career with the green and gold.

In 2013 Lowrie was brought in to fill a shortstop void with an already competitive A’s squad. The team was coming off a thrilling American League West Division Championship run the previous season. His impact with the team was immediate. He finished second on the team with a career-best .290 average while appearing in 154 games. This was instrumental to the team who finished 96-66 and won the AL West for the second consecutive season. In the American League Division Series, Lowrie hit a home run in game four, a game which saw a hard fought contest where the A’s nearly clinched the series. After the 2014 season, Lowrie returned to the Houston Astros, the team who had previously traded him to the A’s in 2013.

In Houston his second time around, Lowrie saw limited action and was traded back to the A’s that offseason. It would be this time around where he began to establish his home in Oakland. The A’s took another risk with Lowries’ injury vulnerability. The risk paid off again. In the 2017 and 2018 seasons he had respectable slash lines of .277/.360/.448 and .267/.353/.448. In 2018, Lowrie again was instrumental in an A’s playoff run. He appeared in 157 games as the A’s made a shocking late season wild card run that saw them win 97 games. This time around, Lowrie added some pop, homering 23 times that year. He was named an All-Star for the first time in his career. As a result, Lowrie’s value went up. That offseason he signed a two-year $20 million deal with the New York Mets.

Again Lowrie battled injuries and again Lowrie was unable to replicate any success from his years in green and gold. Between 2019-2020 he appeared in just nine games. Deja vu? Well this time around the A’s were able to acquire Lowrie on a minor league deal for the 2021 season. He had yet another decent season with the A’s as if an A’s uniform is his magic good luck charm. After becoming a free agent in the offseason, Lowrie re-signed with the team, but his success with the team looked to be running out. His release from the team quite possibly marked the end of a memorable career.

Looking back, Oakland was where he turned his career around on multiple occasions. Oakland was the only destination in which he played in 100+ games in a season. Finally, 4-of-the-6 seasons in which he posted a 100+ OPS were in Oakland. The Stanford graduate will look back at the Bay Area with his head held high, both for attending college out there but most recently for his continuous significant contributions to the A’s.