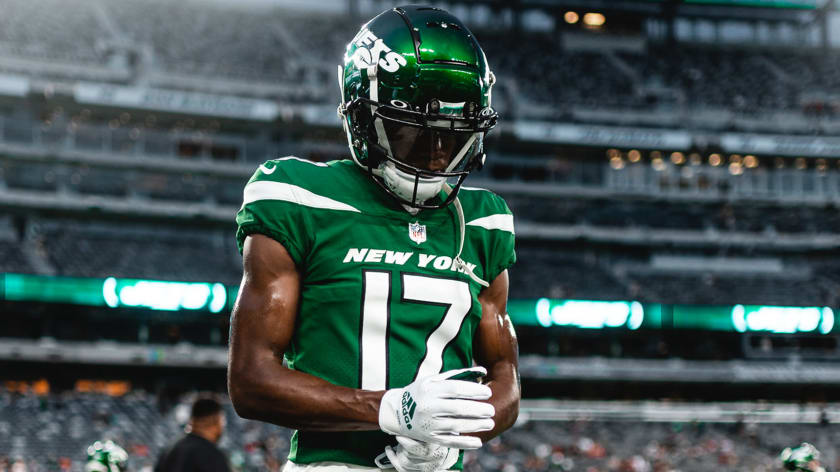 The New York Jets have a bright future with many great young players on this team. Many young players help the Jets with their rebuild and finally directs this team in the right direction. The average age of this Jets team as of September 26, is 26 years, 4 months, and 25 days which ranks them as the 15th youngest roster in the league.

Some of these young and great players include Sauce Gardner, Garrett Wilson, Breece Hall, Zonovan Knight, and Jermaine Johnson. Each of these players are special players that are a staple of this Jets team.

Rookie of the Week Honors

Rookie of the Week has been given to a Jets player in at least 10 of the 14 weeks this season which is crazy. Wilson has won the award four times, Hall twice, Gardner three times, and Knight once.

Hall was drafted in the second round as a running back out of Iowa State University. He only played seven games due to him tearing his ACL in a game against the Denver Broncos. However, he is still the team’s leading rusher with 80 carries for 463 yards and four touchdowns.

Knight is an undrafted running back out of North Carolina State University. He made his NFL debut November 27 against the Chicago Bears where he had 69 rushing yards. Knight got his chance to shine once James Robinson became a healthy scratch. He won offensive rookie of the week in Week 14 against the Buffalo Bills with 71 rushing yards and a touchdown.

Wilson a wide receiver from Ohio State University was a top-10 draft pick. He has the most receiving yards by a Jets rookie with 852 and counting after passing Keyshawn Johnson. He also has four touchdowns this season in addition to Hall.

Gardner has been not only the best rookie cornerback, but one of the best cornerbacks in the league. While covering Stefon Diggs one of the league’s best wide receivers and Gabe Davis for 25 snaps, he only allowed one target for six yards. In man coverage this season, Gardner has only allowed 17 yards on 18 targets. He also leads the league in passes defended with 16.

Johnson was selected 26th overall in the first round out of Florida State University. Johnson has 13 tackles and 2.5 sacks. He also has a blocked punt for a safety.