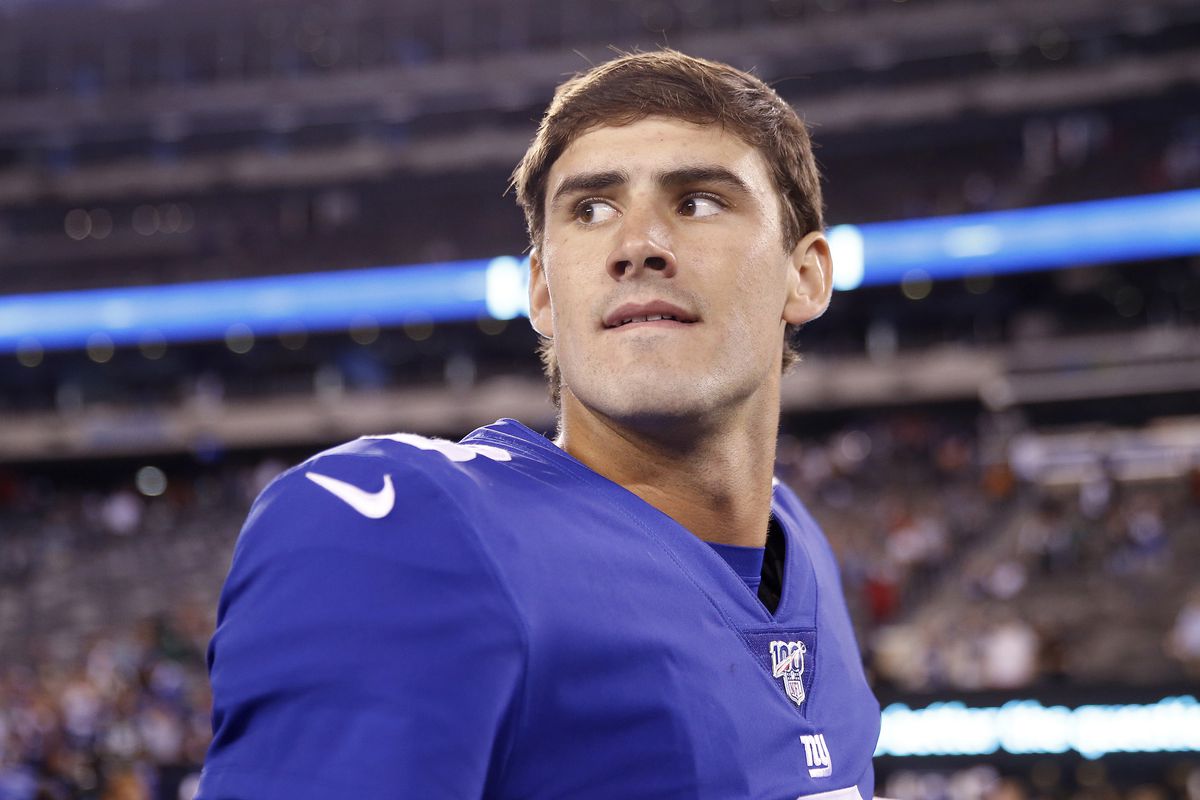 Daniel Jones stepped on the field Thursday night at Metlife Stadium forthe preseason opener as a pro against the Jets and did not disappoint.

Though his action was against the Jets second unit, Jones finished 5-5 for 79 yards and a touchdown to Bennie Fowler. This was after Eli Manning went three and out in his only drive of the game.

“I thought it went well” Jones described to the media. “It was good to move the ball down the field and score, so as far as expectations, I didn’t really know what to expect. I just wanted to play well and glad we were able to move the ball and execute.”

Due to the 59 minute weather delay, Jones only played the one series against the Jets as Alex Tanny and Kyle Lauletta played the remainder of the three quarter.

“I think the weather kind of got us out of rhythm a little bit with the plan, but I don’t know exactly what the plan was, but I expected I would have played a little bit more, but  unfortunate that’s  what happened and all good” Jones Continued. “That’s the plan,I think as a player you want to play, but that wasn’t Coach’s plan. So I was perfectly good with that. I think that made a lot of sense.”

Pat Shurmer discussed the job the rookie QB and had to calm, the media, the fans and his team down after the game. Jones made progress and passed the first test, but there is a long way to go.

“I think, ‘Slow your roll,’” the coach said when asked what he’d say to those who think Jones is ready for the starting job. “This is just his first go around. I think he did a good job. As I mentioned, all along he has done nothing to disappoint us, and certainly when you take the team down the field and score a touchdown, that’s a good start. It’s something good to build on. We have a lot of time left before we start playing games. Nothing at this point has changed.”

He will have another opportunity next Friday against the Bears.