Last February, Utah Jazz forward Joe Ingles and his wife Renae Ingles revealed that their son Jacob was diagnosed with autism spectrum disorder. Since then, the couple has been outstanding ambassadors for autism awareness and individuals living with autism across the world. 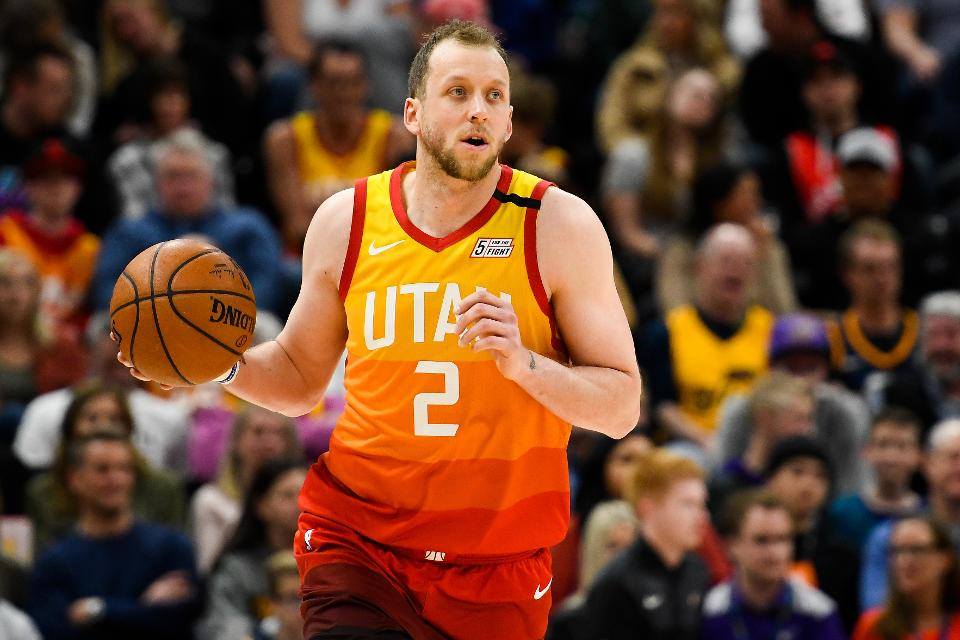 Last February, Utah Jazz forward Joe Ingles and his wife Renae Ingles revealed that their son Jacob was diagnosed with autism spectrum disorder. Since then, the couple has been outstanding ambassadors for autism awareness and individuals living with autism across the world.

Joe and Renae shared their story in a moving post on Exclusive Insight last February. Ingles wore an autism awareness warmup before the Australia vs. USA game in August. Joe and Renae invited a young man with autism as their guest at a Utah Jazz game, and surprised another young Jazz fan with autism on his birthday. The couple even got matching tattoos of the puzzle piece which reflects the complexity of the autism spectrum.

“I want people to ask me about it,” Joe said.

“Everyone has a story to tell,” Renae said. “We want other people to tell theirs because telling ours has really helped us along the way.”

One of the main reasons for the Ingles family sharing their story has been to give other people who have been affected by autism the ability  to share those. With April being Autism Awareness Month they continue to use their platforms to help others share their stories. On Thursday, World Autism Day, Joe tweeted:

“For those who don’t know, April is Autism awareness month. April 2nd is World Autism day!!! I’m saying this because my timelines over this period will be flooded by positive & inspiring people affected by Autism. Please share your story, you are not alone!!,” he tweeted Wednesday night, adding two blue hearts at the end (blue is the officially designated color for autism awareness).

For World Autism day the forward also went live on the official Instagram account of the NBA and was joined by Dr. Michele Kong, who is co-founder of KultureCity, an organization dedicated to better accessibility and inclusion for people with sensory needs (An organization which Joe and Renae are on the board of.)

“Having an autistic son is very different. The therapy, the hours, the patience, the structure of what they do everyday is very different than a regular school student,” Ingles said. “So, it’s been tough. Jacob was doing some home therapy for the last couple weeks. With the rules and regulations, we obviously can’t risk him getting sick or anyone else. It’s been tough, but I guess as a parent, you do what you have to do.”

Describing the difficulties that a pandemic like COVID-19 has for a child with autism Dr. Kong said: “In the school, a typical day for him, he has a special education teacher or instructor,” she said. “He has a speech therapist, an occupational therapist, an ABA therapist, an aide that works with him and now, suddenly you remove all of that and now you’re supposed to go to online learning? It’s next to impossible.”

This week has been another display of the incredible ways that Joe and Renae continue to spread awareness for autism, and the many people affected by it.

The Utah Jazz franchise has also made efforts alongside their sharpshooting forward including an autism awareness night in 2019, their G-league affiliate SLC Stars wore Autism Awareness inspired uniforms in their March 2nd game along with a Joe Ingles bobblehead ticket offer with a portion of sales going to charity, and made their arena more welcoming to for fans with sensory needs.

The impact the Ingles have made as global ambassadors for autism awareness is outstanding and will continue to grow. They continue to share their story so that others impacted by autism can share theirs. Check out Joe’s twitter thread for more heartwarming stories.