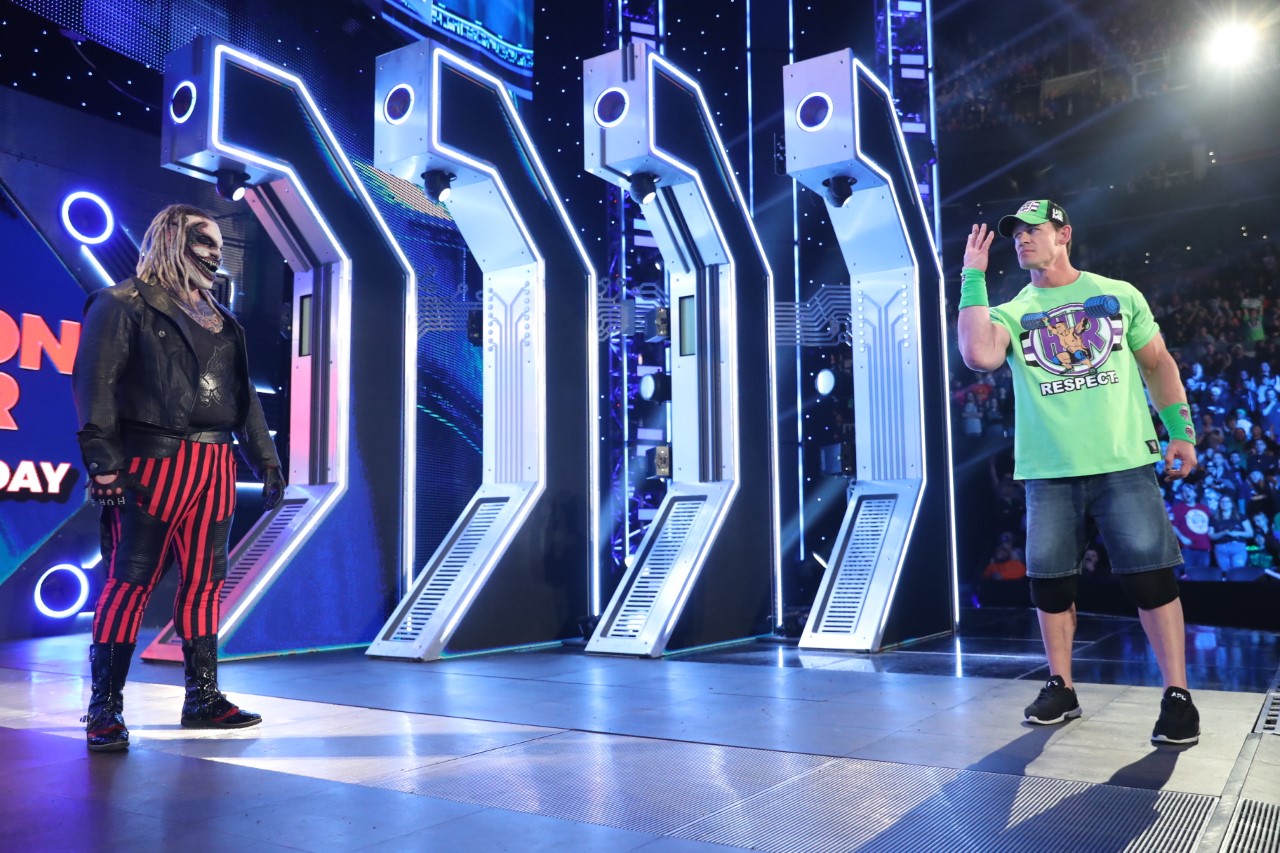 Last night on WWE Friday Night SmackDown John Cena made his long anticipated return to the ring. In his WWE return Cena was confronted by “The Fiend” Bray Wyatt and challenged to a match at WrestleMania 36, April 5, 2020 from Raymond James Stadium in Tampa, FL.

The challenge has been accepted and the two will face off on the grandest stage in front of thousands in attendance and millions watching on WWE Network.

Below is the official You Tube link of Cena’s return and attached are images.