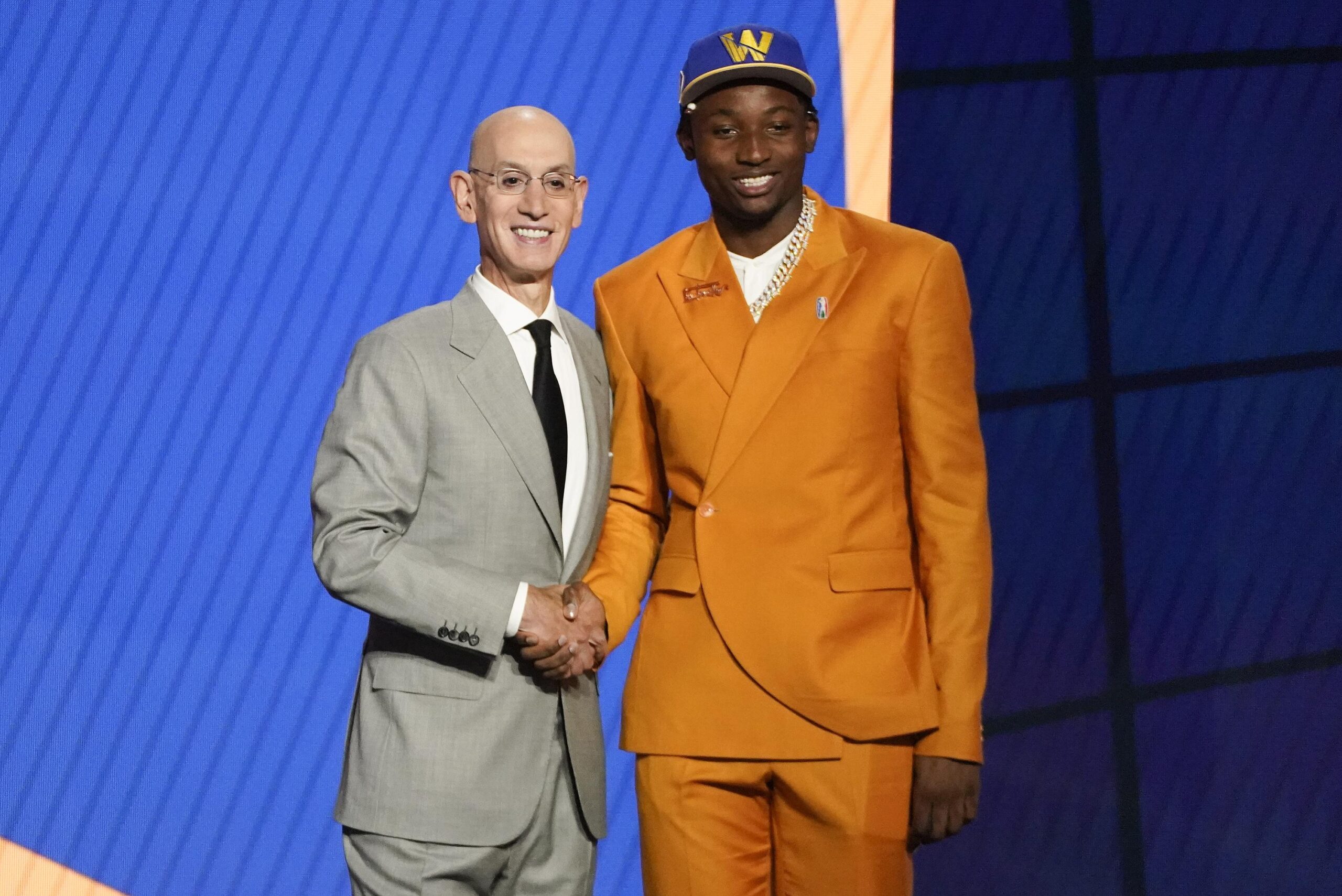 With the 2021 NBA Draft getting wrapped up, many were surprised by how the lottery picks shook out. Even if you weren’t spoiling the event for yourself by reading Adrian Wojnarowski’s tweets before each pick was made, some unexpected players were taken at the top of the draft. The Toronto Raptors passed on Jalen Suggs to select Florida State Forward Scottie Barnes with the fourth pick, and the Oklahoma City Thunder surprisingly snagged Australian prospect Josh Giddy with their sixth overall pick. Another one of the more surprising first-round slides was Jonathan Kuminga falling to the seventh spot.

Kuminga was a top-five prospect coming out of High School. In his sophomore year, Kuminga earned the MaxPreps National Sophomore of the Year Award while averaging 25 points per game at Our Savior New American School in Centereach, New York. He was named a five-star recruit by ESPN and was heavily recruited by D1 schools such as Kentucky and Texas Tech. Kuminga, however, decided to skip out on college and jump to the NBA G-League.

“I see my potential as an NBA player, and with the G League, they’ll help me a lot more than college,” Kuminga sold reporters before his leap to the G-League.

The NBA G-League is a massive transition from High School ball, and Kuminga definitely had some shooting struggles in his few games in the 2020 G-League bubble. He averaged 15.8 points in his thirteen games but shot just 38.7% from the floor and 24.6% from three. His averages may not have been too impressive in his small sample size, but he showed flashes of greatness with his explosive style of play that will assuredly mesh well with the Golden State Warriors. Kuminga will need to take some time to adjust to the league, but his experience in the G-League should give him the upper hand against the other draft picks.

Kuminga has great size for the forward position at 6’8″ and has a 6’11” wingspan. He takes advantage of his build and explosive athleticism to score around the basket. Because of his size and physical abilities, Jonathan Kuminga has drawn comparisons to NBA stars such as Paul George and Khris Middleton. He can also handle the ball and is an excellent finisher at the rim. His effort and hustle on defense are there, plus, with his physical build and athleticism, he has the potential to be a tremendous two-way player. His potential can only increase with talent such as Steph Curry and Draymond Green as his teammates.

Someone with Jonathan Kuminga’s abilities is very exciting to see coming into the league, but he will need some time to adapt to NBA play. The Warriors have always been great with player development, and with their star-studded cast and Kuminga’s G-League experience, he should have no issues getting up to speed.

Orlando Magic Draft Results: Who Was Selected and Why
Guard Lonzo Ball agrees to a four-year deal with the Chicago Bulls