Jones and Murray Ready to Square off at MetLife 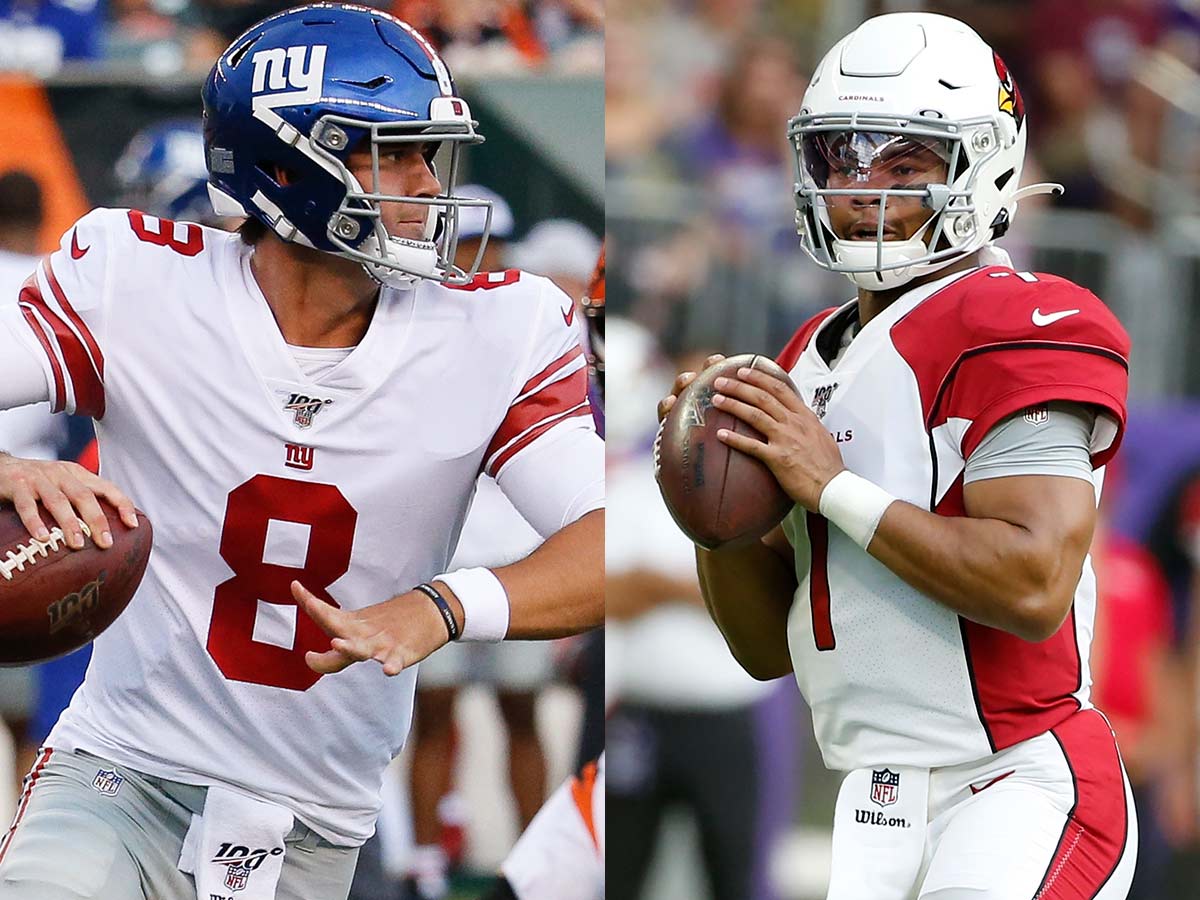 The New York Giants (2-4) host the Arizona Cardinals (2-3-1) this Sunday. The Giants have had 10 days off since their Thursday night loss in New England. Arizona is coming off a 1 point win against Atlanta. The big story line in this game is the matchup of Kyler Murray and Daniel Jones, the first two quarterbacks taken in last year’s draft.

The Giants sit one game back of the NFC East lead. Dallas currently has any tie breaker over them because they beat them week 1. With all that said this is a must win game at home against an opponent under .500. The Eagles and Cowboys face each other this week so the division leader will have 4 wins by Monday.

Since Daniel Jones has taken over, the Giants are 2-2. He is 85/140 with 5 touchdowns and 6 interceptions. Jones has looked good to say the least. He has also been playing without Saquon Barkley (ankle) who is expected to return Sunday. Evan Engram and Sterling Shepard have also been plagued with injuries and that is affecting Jones’s ceiling.

Daniel Jones has been starting for a month now and had this to say about his performance so far, “Yeah, I think it’s been, looking back on the month, kind of up and down. I’ve been inconsistent overall. I’ve been good and been bad. I think there are certainly a lot of things to learn. When you look at the scheme or some of the decisions, some of my habits or bad habits, I think there are a lot of things to learn. So, I’ll kind of separate those problems, (and) those individual issues and try to improve. But also, just getting more comfortable and getting more accustomed to what we are doing. I think I’ll continue to learn and grow, but I’ve certainly had the opportunity to learn a lot this month.”

Arizona passed on Daniel Jones and instead chose Kyler Murray with the 1st overall pick. Head coach Cliff Kingsbury is not regretting that decision of taking Murray over Jones, “We really liked him, I think you saw during his college career, he didn’t always have the top talent around him going against some very talented teams, but he always battled his tail off. He was a very productive player, very smart player, very tough player. We really liked him, but Kyler was our guy but it’s not surprising how well he’s played and the success he is having.”

Kyler has been great for the Cardinals. He is the first rookie quarterback to complete 20+ passes in his first 6 starts. He is a special player. He has thrown for 1,664 yards with 7 touchdowns and 4 interceptions. The Giants must be prepared for him. The thing with Kyler is that he can beat you inside and outside the pocket.

“You have to prepare. We need all 11 guys. We know he’s very, very mobile, but he also can make a lot of throws, so we have to stay on our game and just be able to plaster when the play breaks down.” Cornerback Janoris Jenkins on how the defense must react when Murray improvises.

Alec Ogletree also had something to say on Murray’s unique skillset and what to expect on Sunday, “Just his ability to make plays. Obviously, they brought in a coordinator and head coach that call solid plays, so he’s a guy that if you’re not careful, he can hit you with his legs, but also he’s pretty accurate when he throws the ball, too. So, you have to be able to trust your coverage, and also just make the looks hard for him. We have to make sure our rush lanes are intact and stuff like that.”

The Cardinals are 2-3-1 on the young season. They sit 3 games back of the NFC West leading 49ers. They have won 2 consecutive game and are looking for 3 straight when they visit New York.

Sundays’s game kicks off at 1pm ET on Fox