Jones Tames “The Lady In Black” 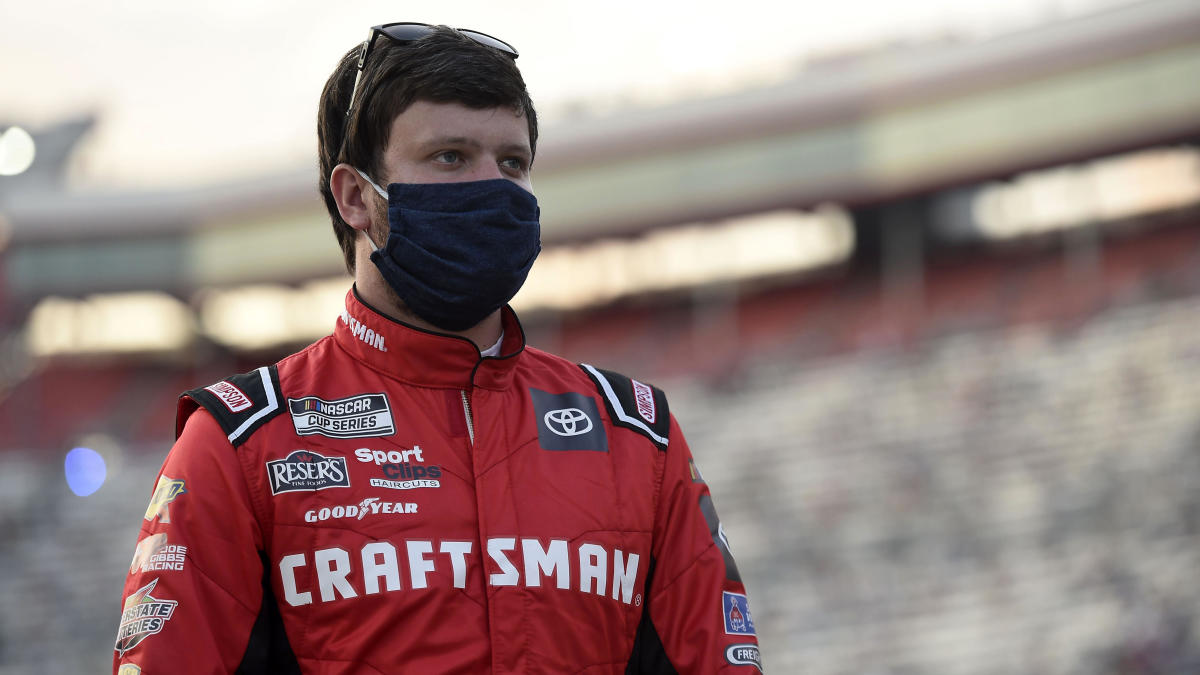 This past Sunday, the 2022 NASCAR playoffs opened at Darlington Raceway. Fans at home and at the track were treated to an instant classic of a race. This race had almost everything a race fan could ask for. Consistent drama throughout the race, an unexpected winner, and so much more.

Darlington didn’t earn the nickname “The Lady In Black” without a reason. This track is known as one of the toughest, if not the toughest on the circuit. Darlington has a reputation for causing chaos as well as chewing up driver’s equipment and spitting it back out. That was no different in the playoff opener this past Sunday. It did not take long for the playoff drivers to start experiencing issues, Kyle Larson would start to experience engine issues on lap 79. Larson has had engine issues several times throughout the season, most notably at Darlington in the spring. Chase Briscoe and Chase Elliott would be the next two playoff drivers to have issues. Elliott would spin out on his own going into turn one and would collect Briscoe. Elliott’s crew would attempt to make repairs on the car but would run out of time with NASCAR’s damaged vehicle policy.

Ross Chastain would be the next victim of Darlington on lap 169. The two-time cup winner this season would have a problem with the left-rear drive pins. Chastain would fall three laps down at the time. With 93 laps to go, Kevin Harvick’s entire left side of the car would catch on fire after a possible rocker panel caught on fire. Harvick would be out after it looked probable for him to have a top-10 finish. Finally, Kyle Busch, who had the dominant car of the night, would have an engine expire under caution with 23 laps to go. Busch led 155 laps during the race, and was in prime position to win and have an automatic pass into the next round of the playoffs. With all these troubles for playoff drivers, who was left to win the race?

Who won the Southern 500? Erik Jones. Who?! Erik Jones is a young man with a lot of talent. Jones was picked up by Richard Petty Motorsports before the 2021 season after it was announced that he would be released by Joe Gibbs Racing after 2020. Jones racked up two wins with Gibbs, his first coming at Daytona in July of 2018 and his second win coming in the 2019 Southern 500.  But Jones’ 2022 season would be a lot more consistent than his 2021 season. Now Petty-GMS Motorsports, Jones has been consistent and has been in the fight for good finishes and a possible win all season. On Sunday, Jones finally broke the winless drought for the #43 car and scored the 200th victory for the #43.

What Can We See At Kansas?

After the great racing we have seen on the intermediate tracks this season, it would be no surprise to anyone if there’s more crazy racing. Earlier in the spring, there was an unbelievable battle between Kurt Busch and Kyle Larson for the win in the closing laps. There have been several unpredictable races on the intermediate tracks this season. Kansas was hailed as the best intermediate track before the new next-gen car hit the track. Fans can expect more great racing this weekend at Kansas, and more drama throughout the race if we see the engine issues persist from Darlington.