Josh Christopher Is On A Mission 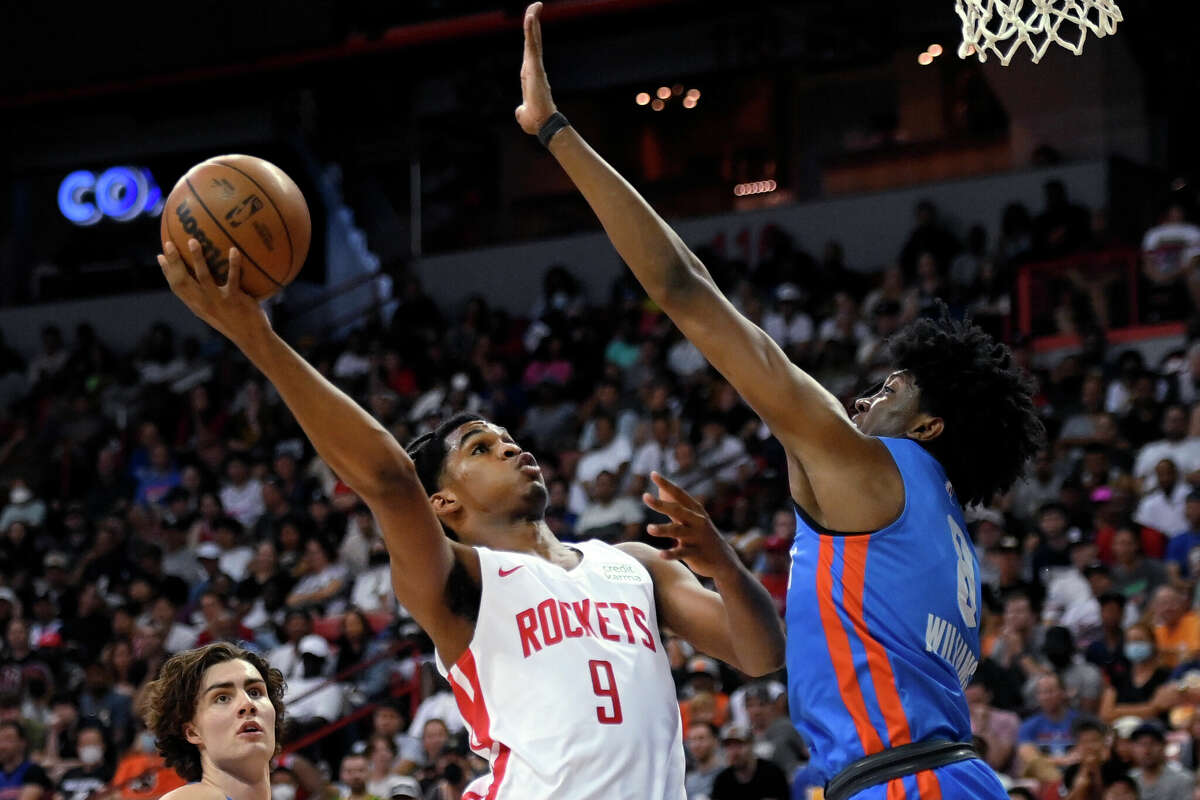 Houston Rockets shooting guard Josh Christopher is gearing up for his sophomore season in the NBA. In 74 games, the rookie had averages of 7.9 points, 2.5 rebounds and 2 assists in 18 minutes. He shot 44.8 percent from the field but an underwhelming 30 percent behind the arc.  Christopher is among the Rockets young core to potentially receive a bump in minutes following the departure of John Wall and Christian Wood. Currently, his ceiling is the backup shooting guard behind Jalen Green. 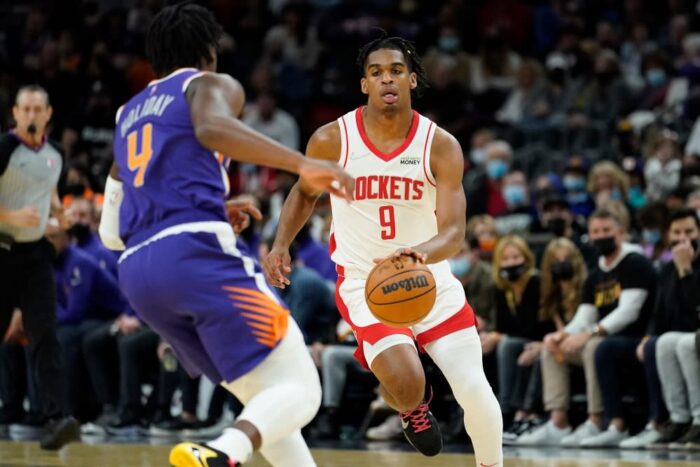 In the offseason, Christopher aims to focus more on shot selection and add layers to his game on both ends of the floor.  This is shown in the latest Summer League game against the San Antonio Spurs. Down the stretch in the fourth quarter, the two guard positioned himself in better spots, scoring 13 of the Rockets 18 points. Most of his points came slashing through the paint, driving and kicking to the outside, and pulling up from the elbow. His defense displayed highlight reels of blocked shots and a couple steals. Comparatively, this was a much better performance than his game against the Oklahoma City Thunder, where he shot 6 of 19.

In three games, Josh Christopher is averaging near 20 points, 4.3 rebounds, 3 assists, and matching 1.7 steals and blocks in 27 minutes. Although his shooting splits are below average, these are all around good signs to consider next season.

His performance in the Summer League has very polarizing responses. Some praise him for the work he allocated during the offseason and the result it has shown on the court. Others mention his ball hogging and the lack of sharing the rock with his teammates to get open shots. The criticism he’s faced on his Twitter account, @jaygup23, has been rampant, and he isn’t shying away from the remarks. He took exception to several Twitter users citing his lack of sharing the ball. His responses included “why don’t you play instead” or “you don’t know basketball.” He has since deleted the tweets.

Josh Christopher is like any other NBA player who is full of tenacity and desires recognition. Next season, many opposing teams will see his game and realize his level of productivity. Off the court, he’s creating more buzz and publicity for himself, regardless of his critics. He understands his role on the team and wants to show more of his potential. Polarizing or not, his teammates are rooting for him and fans are eager to see him grow as a player.