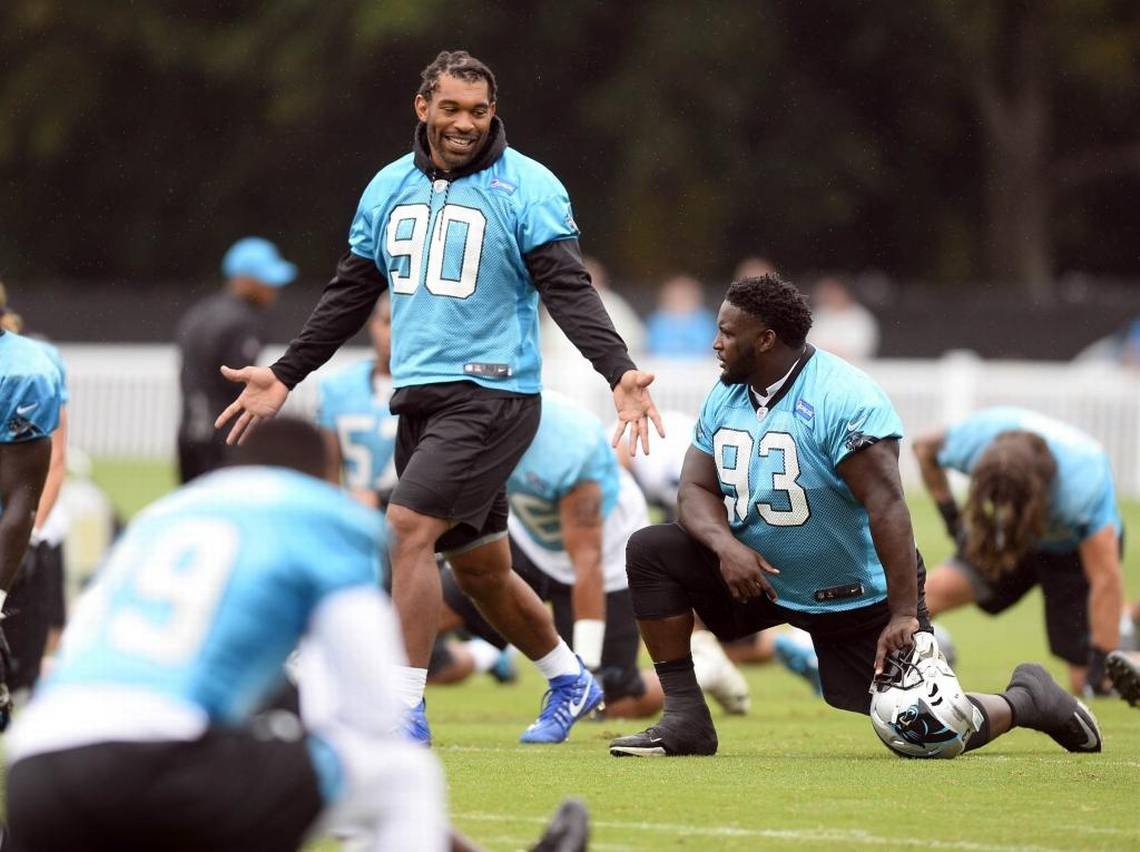 Carolina Panthers defensive end Julius Peppers has announced his retirement from the NFL after 17 seasons.

Peppers ranks fourth in NFL history with 159.5 sacks, including a franchise-record 97 in Carolina. With 11 interceptions, he is the only player in league history to record both 150 sacks and 10 interceptions.

“In getting to know Julius over these past months, I’ve learned that he is a man of few words. When he speaks, everyone listens,” Panthers owner David Tepper said. “With that in mind, I will be brief. He’s one of the best to ever wear a Carolina uniform. He carries himself with dignity, integrity and class, and will always be a Panther.”

The North Carolina native and University of North Carolina two-sport standout was selected No. 2 overall by the Panthers in the 2002 NFL Draft, earning AP Defensive Rookie of the Year honors after a 12-sack debut season. He played his first eight seasons (2002-09) and final two seasons (2017-18) in Carolina. He also played four seasons with the Bears (2010-13) and three with the Packers (2014-16).

“There are very few players that you come across that make you think of the word ‘special’ when you mention their name, but that’s Julius,” said general manager Marty Hurney, who made Peppers his first ever draft pick in 2002. “He’s a special player and a special person. His consistency and the ability to make big plays at big times are what define him on the field. Off the field, he’s a great leader. He chooses his words carefully. He’s got great perspective not only on football, but on life. For him to be able to come back and finish his career as a Panther is a great ending to a phenomenal career.”

Peppers played in 266 of a possible 272 regular season games, the sixth-most games played by a defensive player in NFL history. He played in 176 consecutive games to close his career, the second-longest streak among active players at the close of the season behind Chargers quarterback Philip Rivers. Peppers was the oldest active defensive player in the league.

He recorded at least seven sacks in all but two of his 17 seasons, tallying a career-high 14.5 sacks in 2008. Since his rookie year in 2002, Peppers’ 21 fumble recoveries are the most in the NFL, his 51 forced fumbles stand second, and his 82 passes defensed lead all defensive linemen.

“Julius is one of the greatest to ever play the game of football,” head coach Ron Rivera said. “To put up the numbers he did for as long as he did speaks to his incredible talent and commitment. He is a leader in the locker room and in the community. Getting to know him over the last two seasons has been tremendous because of the type of person he is. What he did for the people affected by Hurricane Florence, getting involved and bringing them hope, says a lot about him. I’m proud that I get to say that I was one of his coaches, and I think it’s fitting that he gets to end his career as a Carolina Panther.”

Peppers blocked 13 combined field goals and PATs, second-most since the statistic began being tracked in 2000. He recorded 897 career tackles based on coaches’ film review.

He scored six career defensive touchdowns, including three as a Panther. Since 2002, his touchdown total ties for the most by any NFL defensive lineman and is tied for 12th among all defensive players.

In addition to his on-field performance, Peppers has made a big impact off the field as well. He is the Panthers’ nominee for the 2018 Walter Payton NFL Man of the Year, which will be awarded on the eve of Super Bowl LIII. After Hurricane Florence tore through the east coasts of North and South Carolina early in the season, Peppers has been generous with his time and his money as an advocate for ongoing recovery efforts.

What’s It Going to Cost For AD?
The Knicks Are Just Around The Corner