Justin “I Was In” Herbert For the Win 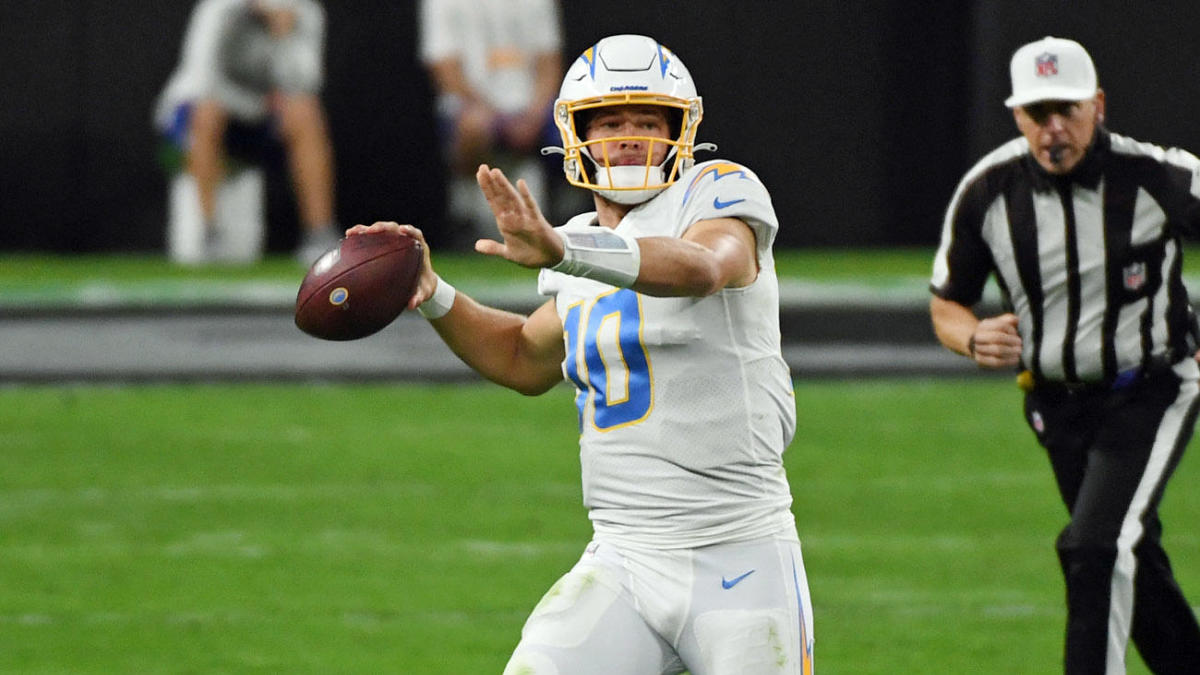 Herbert was nothing short of excellence in his Thursday Night Football debut. The rookie quarterback put a clinic on the Raiders secondary, throwing for 314 yards and two touchdowns. However, it was his legs and stature that won the game. After completing a bomb to receiver Jalen Guyton, Herb took out his “do it himself kit” and forced his way in the end zone.

Justin Herbert has now lead the Chargers in back to back game winning drives. This time he was emphatic about it, claiming that he did score on the last play. “I was in I was in,” Herbert shouted towards the referees.

Without his top two receivers Keenan Allen and Mike Williams for a majority of the game, Herbert still found a way to be effective. Whether it was a screen or wheel route to Austin Ekeler, mid level hooks by Hunter Henry or deep balls to Guyton, Herbert got it done.

Justin and Jalen have been in sync this entire season when it comes to the deep balls. Though these two aren’t in the same discussion as AFC West rivals Patrick Mahomes and Tyreke Hill, they have the same chemistry. Guyton using his speed to his advantage just as Hill does and Justin laying it out there for him just as Mahomes would.

It’s no surprise that Justin Herbert is the front runner to win the offensive Rookie of the Year award. If there were any doubts of that last nights performance put and end to it.

The Oregon product tied Baker Mayfield rookie record for most touchdowns by a rookie QB at 27. In addition to that, with his 314 passing yards Justin became the first rookie to have seven 300 passing yard games. The previous owner of that record was Andrew Luck (2012). Justin also has a league high eight completion of 50+ pass yards, two more than any other QB this season.

Tight End Hunter Henry made noise in last nights game with five receptions for 65 yards and a score. During the game, Henry caught his 56th reception on the season breaking his previous career high.

The Defense Come Up Big Again

The Chargers secondary aka the “Jackboyz” has been a fan favorite for multiple reasons the past few seasons. Either picking off arid throws or deflecting passes headed their way.

Unfortunately, the secondary hasn’t been able to do much of that this season due to injuries. But in the past two games, the “Jackboyz” have come alive grabbing four interceptions. Not to mention that they’ve came late in the fourth quarter.

Newly off-season addition Chris Harris Jr. came up this time for the Chargers. Tied at 24 deep in the fourth, Harris Jr. grabbed a bobbled pass from Marcus Mariota, taking it all the way to the Raiders side of the field.

After a missed field goal the Chargers defense had to come through one more time to force overtime. The secondary held their own forcing two incompletions and keeping Nelson Agholor inbounds to waste time. The Raider would set up for a game winning 65 yard field goal attempt but ultimately failed.

In Overtime after allowing big play after big play the Chargers stood their ground on the goal line forcing Las Vegas to take a field goal. Isaac Rochell had a key deflection on third and goal that was intended for Raiders Full Back Alex Ingold.

The Michael Badgley missing train continues to roll on. The self proclaimed “Money Badger” was an atrocious one for three on his filed attempts yesterday. His two misses came late in the fourth quarter which would have gave the Chargers the lead. Missing a 47 yarder at the 3:44 mark and 51 yarder with 58 seconds left.

Will Dallas Mavericks’ Rookies Have What it Takes?
NFL Game Coverage Chicago Bears vs Minnesota Vikings