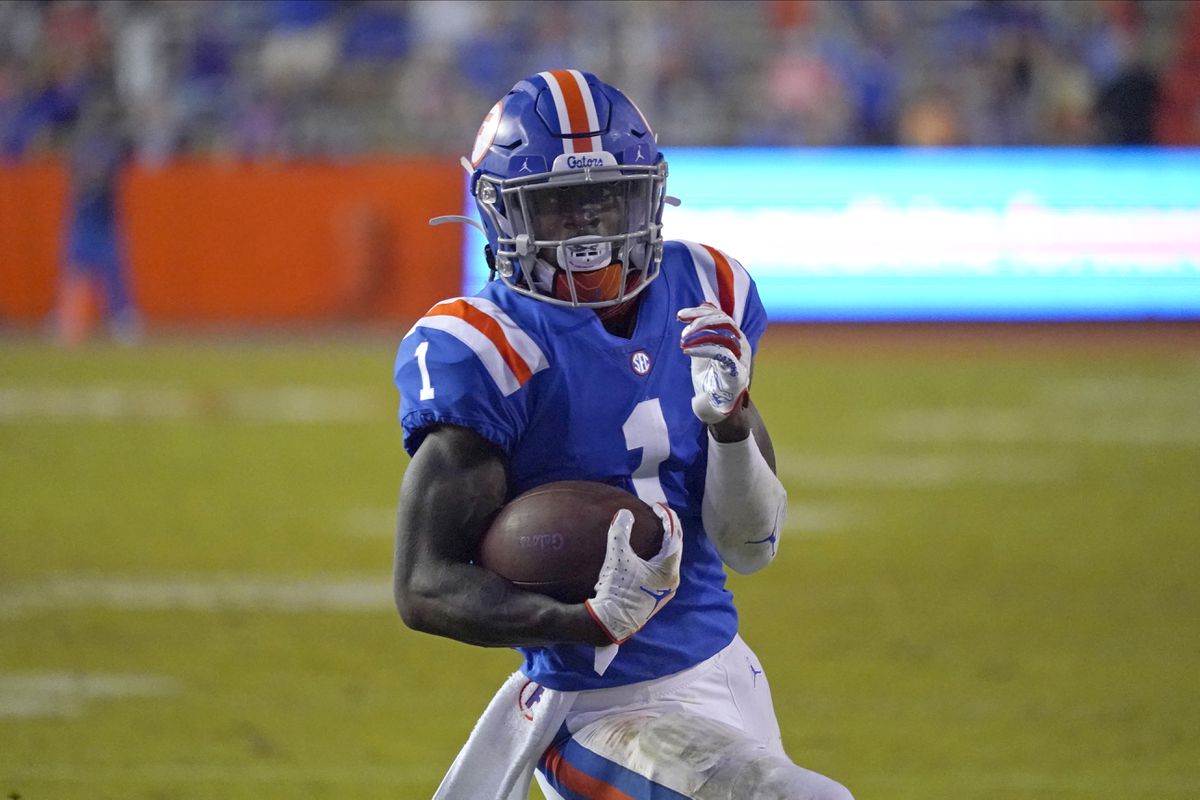 Kadarius Toney had a slow start at Florida, not seeing much of the field in his freshman season under Jim McElwain as head coach. In his sophomore season, Toney only hauled in 25 receptions and 1 TD, the first of his career. Posting similar stats his junior year, Toney still managed to show off big play potential.  It should be mentioned that disciplinary issues kept him off the field for small chunks of time in his first three years, however, Toney broke out as a senior. In 11 games, he had 70 receptions for 984 yards and 10 TDs. He displayed incredible elusiveness, deemed by many to be one of the shiftiest players in college football. His ability to stop on a dime and change directions, combined with his breakaway speed and acceleration means Toney excels in the yards after catch category.

Although he is a smaller bodied receiver, he displayed the ability to play through contact and shed off defenders frequently. Toney’s ability to break tackles and regain his balance only adds to his value. He has average-to-below average hands, something that will need to be coached in the pros. Toney doesn’t drop wide open passes, but he shouldn’t be expected to fight for the football just yet, especially considering his size. He can create quick separation off the line, but struggles to stay open down the field. Once the ball is in his hands though, Toney is lightning in a bottle.

Something that only stands to increase his value is his ability to be moved around. Deemed by most to be a slot receiver, Toney showcased his ability to do damage out of the backfield as well, rushing the ball 19 times for 161 yards and a TD. It should be mentioned that Kadarius Toney is very raw, and will need time to adjust to the pros and be coached up. However, under the right system, Toney could be a versatile weapon and a dangerous playmaker to years to come.