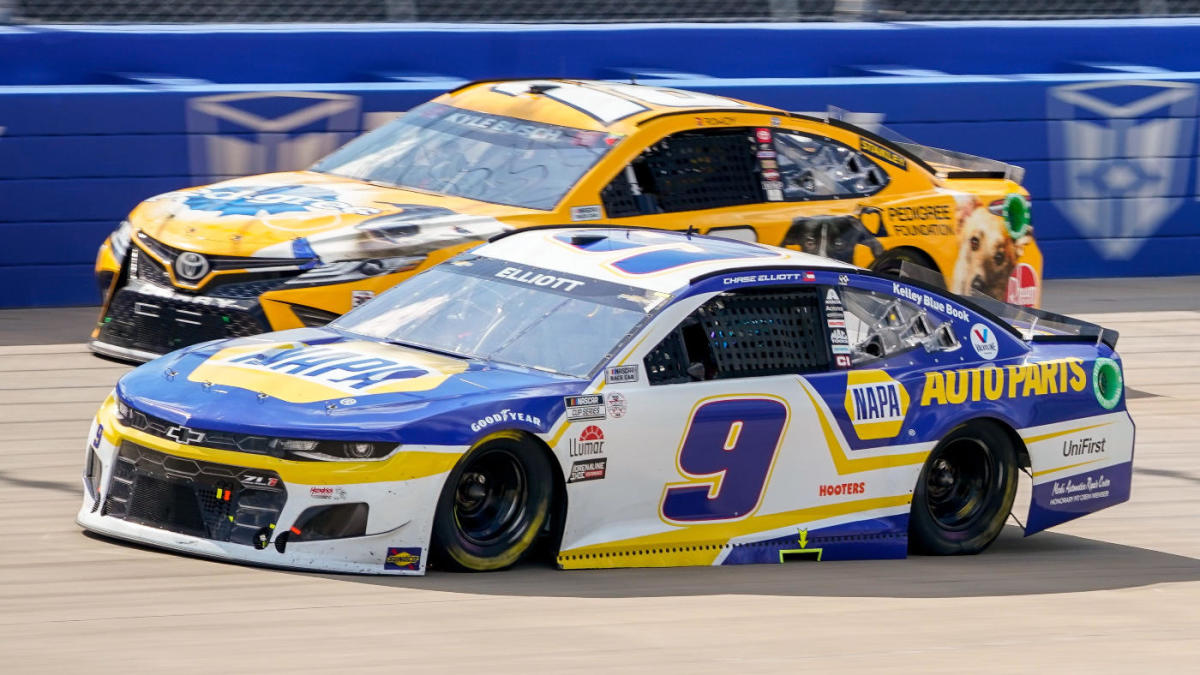 Another week, another playoff race for the NASCAR cup series. The second race of the first round lived up to the expectations. Kansas has always been a fun track for fans to watch at home and at the track, and it did not disappoint.

This weekend, the cup series had its eighteenth different winner of the season, the most through 28 races. For the second weekend in a row, a non-playoff driver has won a playoff race. Bubba Wallace, driving the #45 this weekend instead of the #23, captured his second career cup series victory this weekend. The Toyotas were fast all weekend, it seemed that the Chevy’s and Ford’s could not keep with the overall pace that the Toyota’s had. Wallace led the final 58 of the final 68 laps to take the win. Wallace would also pass Alex Bowman, who led 107 laps on Sunday, with 68 laps to go and for the eventual win. Ever since Wallace’s win at Talladega last season, there have been people saying that it was “cowardly” for him to celebrate a rain-shortened race. This time, the doubters and haters can’t say anything.

Much like Darlington, there were multiple playoff drivers with some sort of trouble at Kansas. Kevin Harvick scored his third consecutive DNF after being forced into the wall off turn four on lap 32. Harvick would fall well below the cutline, 35 points below the cutline. A few laps later, on lap 66, Tyler Reddick, who was leading at the time, would have a flat right-rear tire in turn two and smack the wall. Reddick would fall to only two points above the cutline. Kyle Busch would be bitten by the bad luck snake once again; Busch would spin down the front straightaway on lap 138. Busch would finish the day two points below the cutline. What does this all mean for the next race of the playoffs? Simple. Drivers are going to have to be at their best for Bristol.

What’s next for the playoffs?

The next stop on the circuit is Bristol. The last great colosseum. The first elimination race of the playoffs. The Bristol night race is one of the top races amongst the drivers to win due to how tough it is to win, and how prestigious it is. Last season, Kyle Larson led a race-high 175 laps to his first Bristol win. At the same time, his Hendrick teammate, Chase Elliott, and Kevin Harvick would have a shoving match on pit road due to an incident on the track. This year’s Bristol night race will be even more intense. There are multiple contenders for the win this coming Saturday night. Kyle Busch leads active drivers with eight wins on the concrete high banks of Bristol. But last season’s Bristol night race winner, Kyle Larson, very well could be the best bet for Saturday night.

Bristol will be a huge challenge for most drivers. But Bristol will be more of a challenge for the next-gen car. Earlier this season, the cup series held the night race in Martinsville, Bristol’s sister track. It sounded great on paper and through advertisements. The problem is the racing wasn’t that great. It’s almost unheard of that Martinsville put on a bad show. Some people are worried that the product this time around at Bristol could be below average. This will be the first time that the next-gen cars have run the natural concrete high banks of Bristol. The last time they were at Bristol, was the Bristol dirt race on Easter Sunday.