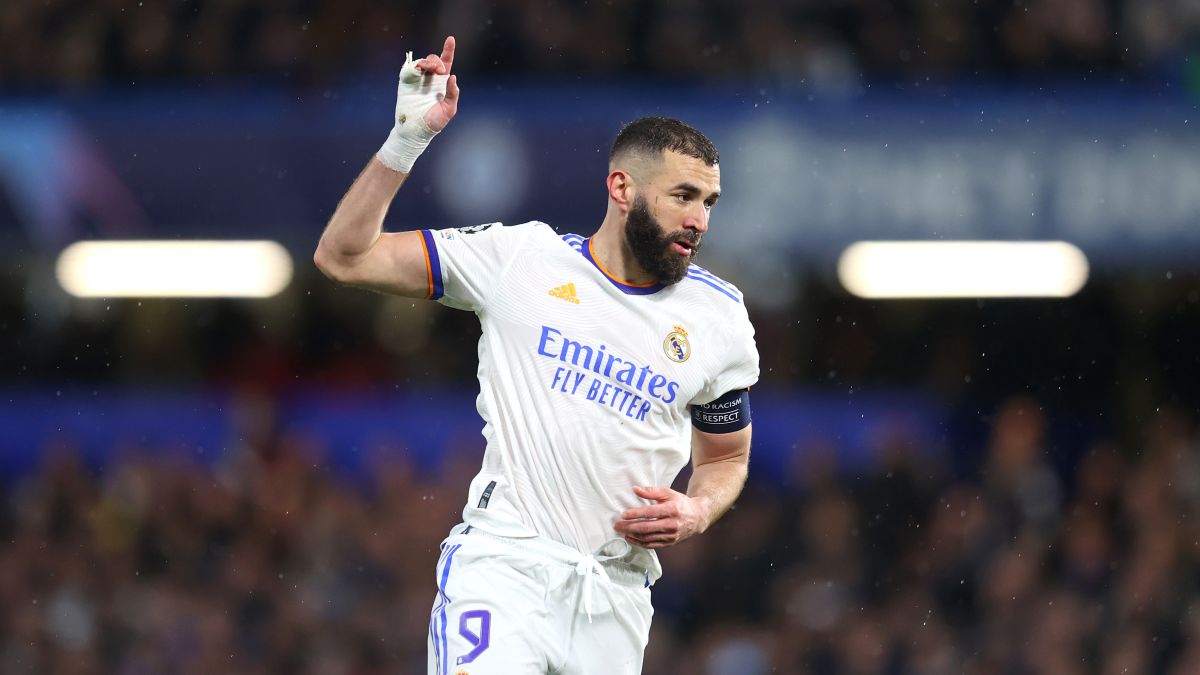 Karim Benzema’s journey to the Ballon d’Or was not an easy ride. With controversy and being stuck behind the shadows, the 34-year-old Frenchman proved to the football world and the sports world, that age is just a number.

But who is Karim Benzema? And how did he end up being the best football player in the world after so many years?

Growing up in Lyon

Karim Benzema was born in Lyon, France where he began his career playing for the academy of Lyon. He eventually made his senior debut with the team in 2004 at the age of 17. Benzema broke out in 2007 at the age of 19 by scoring 21 goals in Ligue One during the 2007/08 season, which awarded him the top scorer that year. He had a career total of 55 goals with Lyon. During Lyon’s UCL run in 2008/09, Benzema scored five goals and sparked Real Madrid’s interest to sign the young striker.

The year 2009 was a special year in Real Madrid history, as they signed club legends Cristiano Ronaldo, Kaka, and Karim Benzema within a month from each other. In July of 2009, a month after the club signed Ronaldo and Kaka, they paid over 35 million euros for Benzema’s transfer fee to sign him to a six-year deal. However, Benzema was not signed to the club to be their main star. He would be Ronaldo’s “second man” and a secondary goal scorer.

Stuck Behind the Shadow of Cristiano Ronaldo

In Benzema’s first season with Real Madrid, he only made 14 starts in La Liga and only had eight goals. He was stuck behind Ronaldo’s shadow, as the Portuguese star was in the prime of his career fighting with Lionel Messi for who is the best football player in the world. Ronaldo was also the face of the club and loved to score goals. He also won four Ballon d’Ors during his time with the club. In the seasons where Ronaldo scored 26, 25, 48, and 46 goals, Benzema only scored 5, 11, 15, and 21 goals. Benzema never took it personally, instead he supported Ronaldo and provided most of his goals.

Benzema went through extreme controversy with the French National team that people thought would have ended his football career. He made his France debut in 2006 at the age of 19 and appeared in his first international tournament in 2008 during the Euro Cup, in which he failed to score and was criticized for his inexperience and arrogance. Benzema was later removed from the World Cup roster in 2010 due to a sex scandal with teammate Frank Ribery for “solicitation of minor prostitution.”

Benzema later returned to the national team and appeared in the 2012 Euros and the 2014 World Cup.  Another controversy came about in 2015 that almost ended his career for good. In 2015 Benzema has allegedly pressured teammate Mathieu Valbuena to pay off black mailers that threatened to release a sex tape. He was later charged and found guilty of the black mail, but the sentence was suspended.

This cost Benzema a World Cup title as France went to win it all in 2018. The controversy made many football fans and experts turn their backs on Benzema. However, France deicide to bring him back to the national team. He participated in the 2021 Euro Cup, in which he scored four goals in four starts.

Departure of Ronaldo and the Rise of Benzema

Benzema’s journey to the Ballon d’Or began in 2018 when Ronaldo made a surprise move and left Real Madrid in the summer to Juventus after winning the club’s 13th Champions League title. Benzema now emerged as the face of the club and helped Real Madrid get back to its elite status in football. Despite the teams’ struggle in 2018/19, Real Madrid were able to adjust their style of play without Ronaldo. Benzema has totaled more than 20 goals in La Liga since 2018 as he learned how to become a leader of a team. While having to take over Real Madrid, he was dealing with a court case, but that did not stop Benzema from working to become the best player he can be.

Benzema in 2021/22 had the best season of his career. He was La Liga’s top scorer with 27 goals and UCL’s top scorer with 15. This resulted in a total of 44 goals in all competitions that helped lead Real Madrid to a La Liga and a UCL title. He is the oldest player to win a Ballon d’Or in 66 years and the first Frenchman since Zidane in 1998. Benzema demonstrated leadership, hustle and courage during this run. A few years ago, Benzema injured his pinky that required surgery, meaning he would miss months of play. Unselfishly, Benzema refused the surgery and played with a wrap on his finger so he can help Real Madrid achieve what they did in the last two seasons. His journey to the Ballon d’Or was long and challenging, however it is a sign for players to never give up on their career.

In an 18-year career, Benzema’s trophy case is packed with trophy and individual awards. His journey to the Ballon d’Or has also led him to pick up a ton of hardware. Here is just a list of what he has won: