The Los Angeles Clippers will take on the Portland Trailblazers for their second game of the preseason. This comes with the much anticipated return of superstar Kawhi Leonard who is expected to play in his first game since tearing his ACL back in June of 2021 during the semifinals against Utah. This will be his first game in 476 days and he says he’s ready.

Leonard, who missed all of last season recovering, spoke about the progress he made rehabbing last Monday at media day.

“I feel stronger, for sure,” Leonard said. “It’s been, what, 14, 15 months of no basketball — well, playing in an NBA season for me, no basketball. That whole 13-, 14-month process is just lifting weights and getting stronger. I definitely got a lot stronger.” 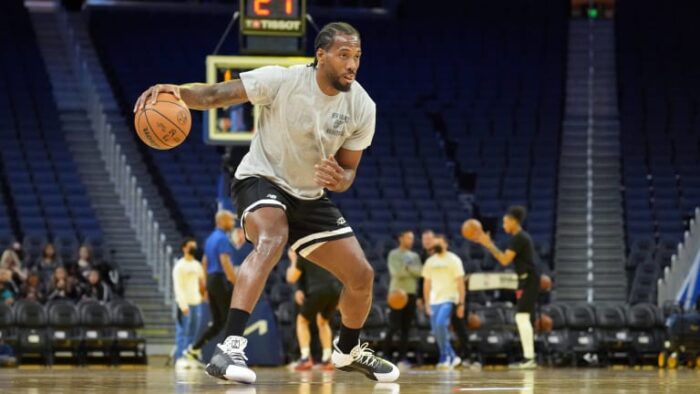 He participated in camp last week when the team traveled to Las Vegas even though he did not suit up for the team’s first preseason game against Maccabi Ra’anana on Friday night. Head coach Ty Lue liked what he saw from Leonard in his first action in over a year, “He looked really good. He went through everything in both practices.”

During media day last week Lue spoke about the teams approach heading into camp and the preseason and his mentality as well as doing what’s best for Leonard being the most important.

“We’ve got to be smart about the situation, about the process,” Lue said. “We know he feels great, which is great news and great to hear. But we’ve got to listen to Kawhi’s body, be able to listen to the medical staff and make sure we’re doing the right thing for Kawhi.”

So what should this organization and fans expect to see from Leonard tonight in his first action?

They probably won’t get Finals MVP from 2019, but they’ll be looking to see if  Leonard can pick up where he left off almost two years ago. How comfortable does he look in live action? Does he favor that knee? Does he still get to his spots with regularity? All these questions will somewhat be answered tonight, and the excitement surrounding this team will only magnify.

All-Star Paul George, who only played in 31 games last season due to a right elbow injury is back and 100% healthy says he understands the expectations attached to this team heading into this season.

“It’s good to have that pressure,” George said during media day. “Not a lot of teams get that pressure going into a season, so for us we honor and embrace that and we are very excited of what’s to come this year.”

For this Clippers team the pressure starts when games matter starting October 20th against their cross-town rival Los Angeles Lakers, but to reach the ultimate goal of bringing something to this organization that they’ve never had, they need Leonard healthy. Period.

Next Game: Tonight vs Portland Trailblazers