KD Has A Perfect Night in Return (Literally) 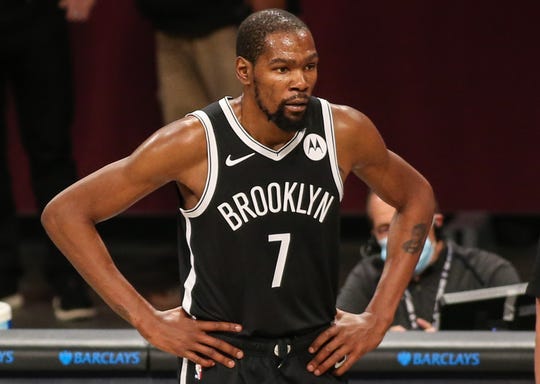 In his first game back in nearly two months, 2x NBA champion Kevin Durant went perfect from the field and from behind the arc to show that he’s ready to beat the odds yet again. His efficient night led to helping the Nets win the sixth of their last seven games, beating the New Orleans Pelicans 139-111.

“I expected to come out here and play the way that I played,” said Durant. “I wasn’t trying to ease into the game. I just wanted to go out there and dive right into the action. I mean the game is fast paced already so watching it from the bench I knew exactly how I needed to approach it.”

The former MVP came off of the bench in this one scoring 17 points, dishing out five assists, grabbing seven rebounds and going 5-5 from the field and 2-2 from deep in 19 minutes.

You wouldn’t think he had missed 23 straight games with a hamstring strain.

The efficiency didn’t stop there either. Brooklyn dished out a season-high 37 assists, which helped them get up by as much as 38 points.

“When we move our bodies and we move the basketball the way we did and we talk on defense it’s fun out there,” said Durant. “You know you have veteran players out there that know how to play and it feels like these guys can finish my sentence before I have it finished. So, these guys know the game inside out. They know me they know one another as teammates…so it was pretty smooth.”

With the Nets this much in sync, you can see why so many have them as title favorites.

Tune in on Saturday for the Nets’ next matchup against the defending champion Los Angeles Lakers Saturday 8:30 p.m. ET on ABC.

Isaiah Thomas: An Inspirational NBA Career
What’s Left: Schedule Analysis for the Best of the East