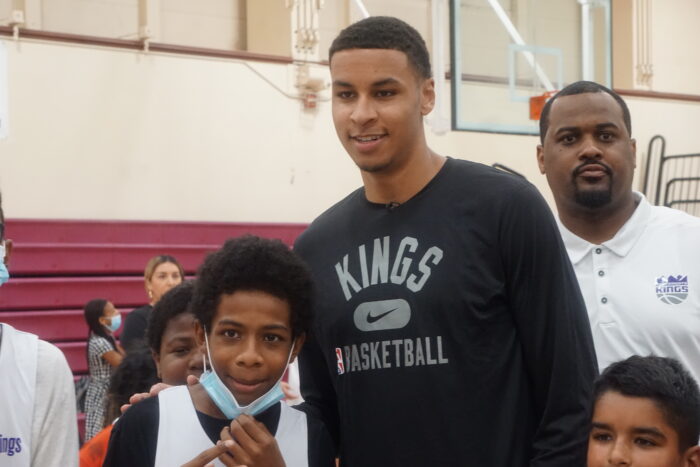 The Sacramento Kings, The Center at Sierra Health Foundation’s Build. Black. Coalition, Black Child Legacy Campaign and My Brother’s Keeper join forces to the fifth season of the Kings and Queens Rise Co-Ed Youth Sports and Mentoring League. This was the kickoff event for the Kings and Queens Rising Basketball Camp. The event was held at the Martin Luther King Jr. Technology Academy.

The Sacramento Kings Jr. program is an eight-week basketball program with 24 teams of 4th through 10th graders in the Sacramento area. The participants were in for quite a surprise when newly drafted Keegan Murray entered the court. Murray was drafted fourth overall pick just two days ago. In addition to pictures, Murray offered the students candid encouragement. 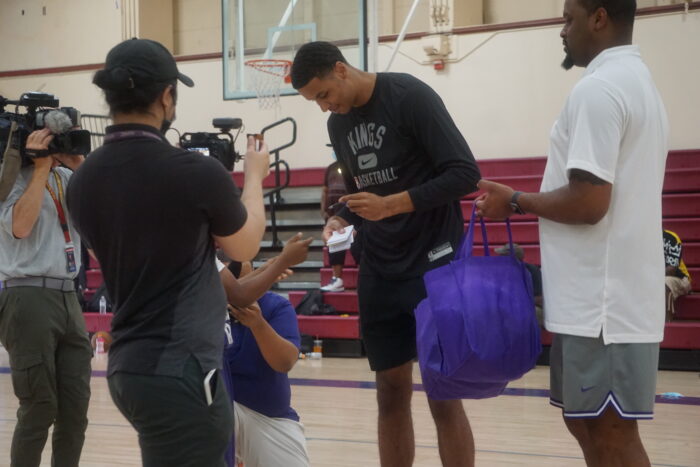 Not only were the students elated to see the rookie, Murray was just as thrilled to meet them.

“These kids are really special in their own right. To see them so excited about the game of basketball, I feel it’s very cool,” said Murray.

Kings and Queens Rise is led in partnerships by the Sacramento Kings and The Center at Sierra Health Foundation’s Build. Black. Coalition, Black Child Legacy Campaign and My Brother’s Keeper Sacramento programs.

The Acceleration of the Houston Rockets
Lakers Off-Season Review: What Should They Do?