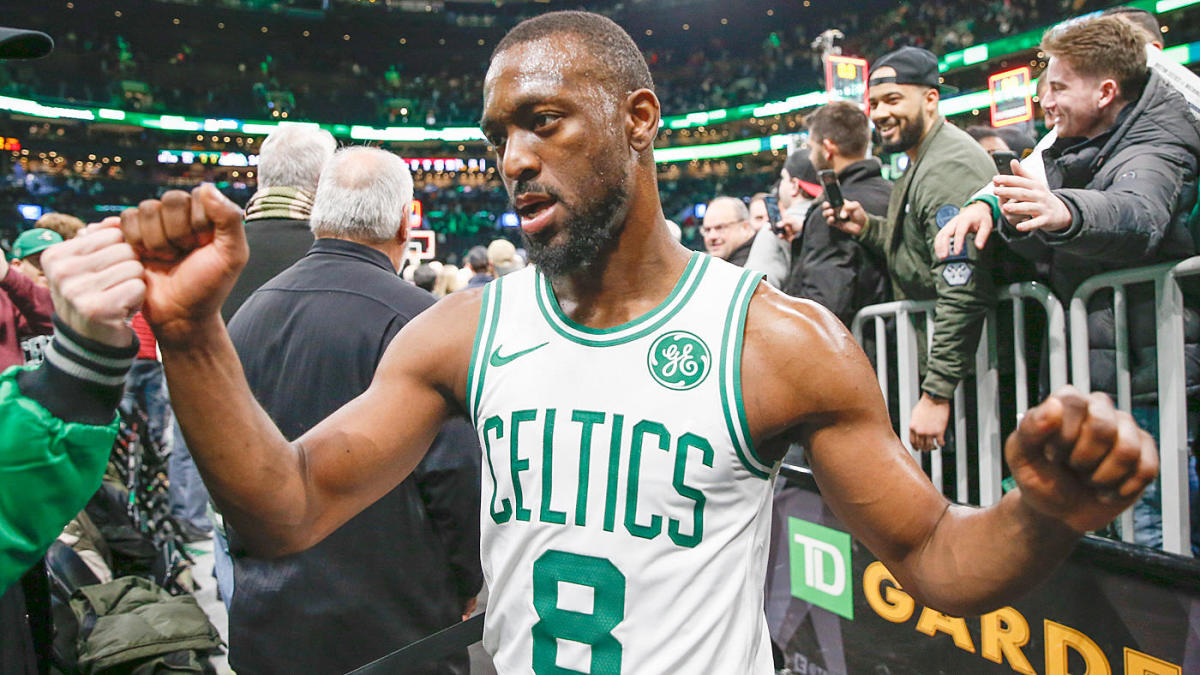 After a hard fought game, the Nets fell 121-110 to the Boston Celtics in TD Garden on Thanksgiving Eve. This ended their streak of winning four games in a row. A feat they haven’t accomplished since last March. However that wasn’t the main story line of this matchup.

It was the fact that former Celtic Kyrie Irving was going to be missing what would have been his first time returning to Boston to face his former team. There was certainly no love lost between the Boston fans and number 11, and that was shown both prior to tipoff and during the game on Wednesday night.

Outside of TD Garden there were large posters up of Irving’s face with the word “Coward” plastered over it. During the game Celtics fans chanted “Kyrie sucks” repeatedly. This all amounted to Irving posting a response in his Instagram story.

“It happens all the time and tonight just shows how sports/entertainment will always be ignorant and obtrusive. It’s one big show that means very very little in the real world that most people live in because there are actually things that matter going on within it,” said Irving. “Love for the art is the only damn thing that keeps the purist people in this giant sports/entertainment circus. Don’t fall for the game that’s played in front of you as entertainment, it’ll never be as serious [as] dealing with life.”

One could say that fueled the Nets, at least early on because they led the Celtics 63-57 at the half. The Celtics were 12-4 going into this matchup and have been playing great on both ends of the floor. They have the 10th ranked offense and 7th ranked defense in the league.

“They came out, they punched us in the mouths first, and we had to react to them,” said Marcus Smart. “So in the second half we made them adjust to us a little bit.”

Not to mention Kemba Walker dropped 39 points and hit six of his 10 three pointers in his first game back from a neck sprain that sidelined him for one game. It was his first time sitting out after playing 159 games straight. Walker looked as if he didn’t miss a step, leading both teams with scoring nine points in the fourth quarter after it was 91-86 Celtics at the end of the third.

Overall despite matching up pretty evenly both in field goal and three point percentage, the Celtics were more relentless on the boards, including grabbing 19 offensive ones to the Nets’ 11. They also did a good job of keeping the Nets out of the paint. Brooklyn averages 50.3 PPG in the paint. On Wednesday they only scored 38.

“You just stay with it. We’ve all seen many times when teams get hot, and it’s just hard to sustain throughout the course of the whole game,” said Head Coach Brad Stevens. “We knew how urgent we had to play coming right out of the gate in the second half, because of the way that they felt in the first.”

Social Media: A Blessing and A Curse In The Sports World
Doncic, Mavericks Proving They’re No Fluke