Kentavious Caldwell-Pope Is In His Bag 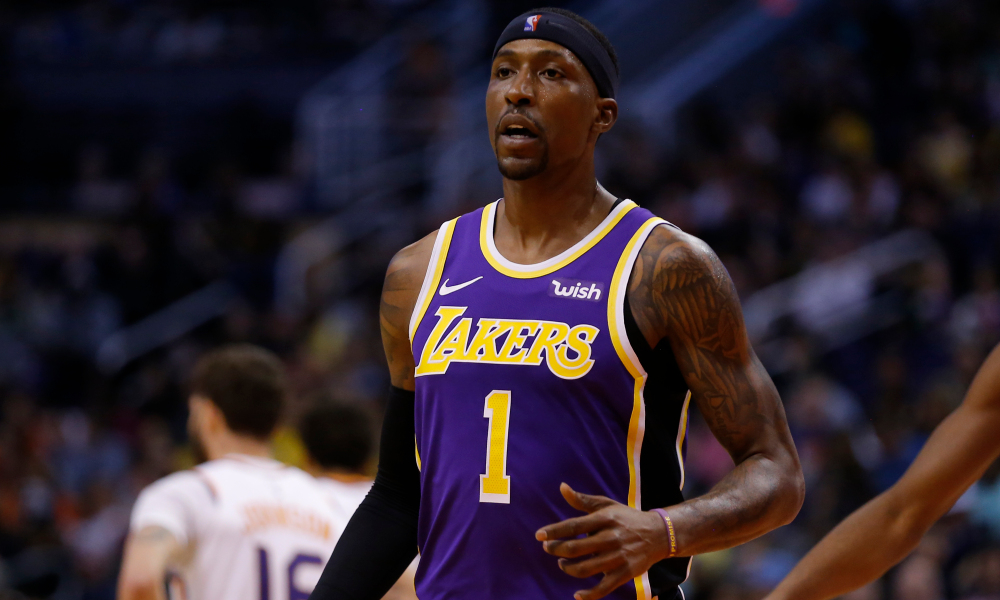 Kentavious Caldwell-Pope is on tear right now for the Los Angeles Lakers. In Caldwell-Pope’s last 10 games, he’s averaging 13.9 points per game on 46.7% from the field and 49.2% from behind the arc. The recent resurgence of KCP has help the Lakers a lot as of late. Especially because the Lakers need all the scoring they can get with LeBron James and Anthony Davis out.

After hitting a slump, the Lakers involved Kentavious in multiple trade talks before this seasons deadline. His shot wasn’t falling, continued getting beat on defense and couldn’t be impactful. He truly had hit a slump. However the cause of that could be due to a short offseason. Not to mention the lack of practice players can get in the team’s facility. Many remember Caldwell-Pope as the Lakers third best player during the NBA bubble specifically in the Finals.

Off to a scorching start to the season, Kentavious was a deadeye marksman from three. He was among the leagues best shooting at 49.2% in his first 20 games of the season. Unfortunately it was his next 20 where he had fell off quite a bit. Going from 49.2% to 33.3% from behind the arc. Now it isn’t entirely KCP’s fault for this as the entire team had hit a slump. The Lakers lost Anthony Davis to a leg injury and teams began to focus more on him as a result. It’s no lie that he had lost his focus and was feeling a toll on his body thus losing his aggressive edge during this time.

James and Davis Out Has Been Helpful

Now with James also out with his ankle injury, KCP took the challenge to become a reliant scorer. Since James fell out of the lineup, Kentavious is averaging 11.3 points on 44% from three compared to 9.9 points on 40% from three when James and Caldwell-Pope shared the floor during Davis’ injury.

“It just builds everybody’s confidence on the team knowing that playing without them guys, leaders on the court and off the court, it just helps us figure out who we are without our superstars,” Caldwell-Pope said.

And this is entirely important for the Lakers as a team. Especially with multiple new players in prominent roles. Not to mention that the Lakers are in pursuit of a second straight championship. The losses of James and Davis has quietly proven to be a blessing in disguise. Players figure out what their roles are and how to mesh together while competing at a high level. The superstar get a chance to heal their bodies fully in hopes for a deep playoff run.

With the Jazz, If It’s Not One Thing It’s Another
Grizzlies Embracing the NBA’s Shortened Season