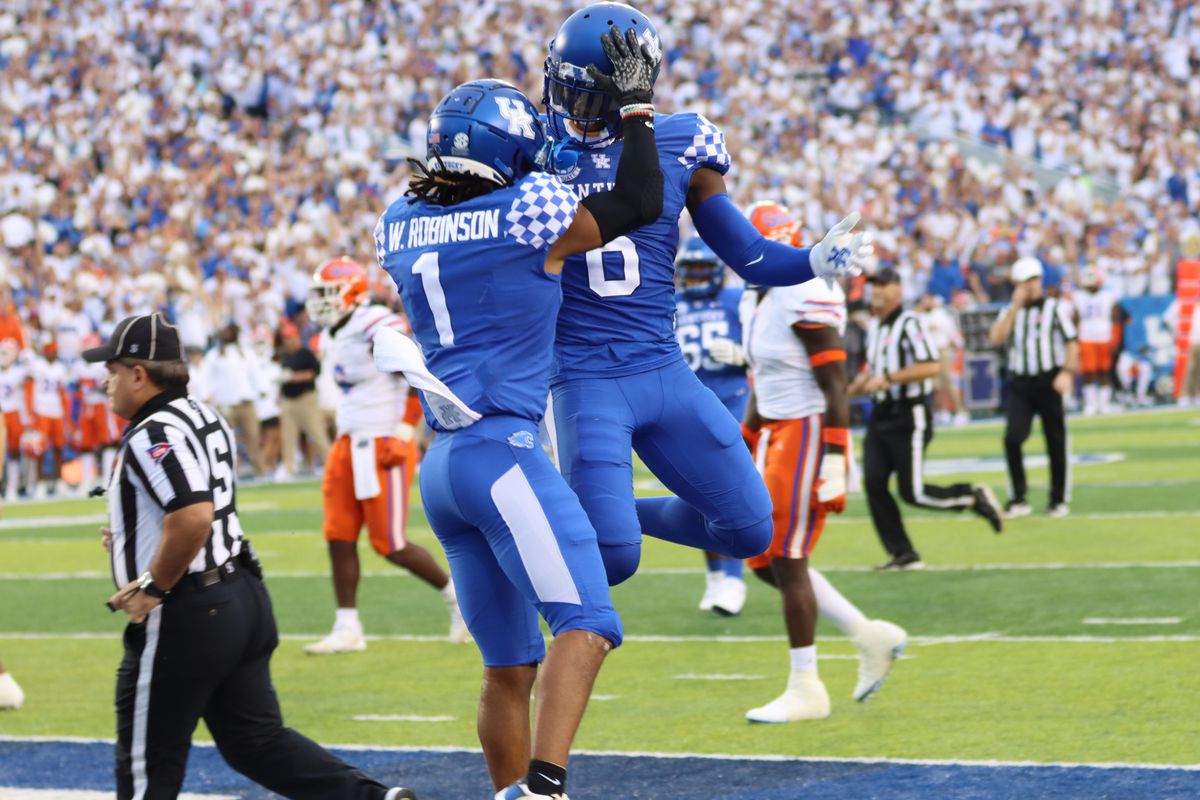 Can The Wildcats Top The Bulldogs In Athens?

Kentucky travels to Athens for my favorite time slot in all of sports, the SEC game of the week at 3:30 on CBS. If the SEC on CBS music doesn’t get you ready for some football, you might be too far gone. This week, after that godly orchestra, we get to see what the BSP Poll would call a top-ten matchup. The two remaining undefeated in the Southeastern Conference are set to lock horns as only one can emerge 7-0.

Truth be told, Kentucky may have the best shot at taking down the Bulldogs of anybody thus far. If it weren’t for the Bulldogs, I would go as far as to say the Wildcats have the best defense in the SEC. Make no mistake though, the story of this game will be Georgia’s defense, because, of course it is. It’s been the story of every game they’ve played thus far, so Kentucky better come with a plan.

Penn State transfer Will Levis was certainly missed in Iowa City last Saturday, however, Kentucky won’t waste any time saying sorry. For years this Wildcats roster has come up short at quarterback, starting just about anybody who’d thrown a football before. Now they have Levis. Levis isn’t elite, but the good news is he doesn’t have to be. This offensive line has performed incredibly, buying time for Levis but perhaps more importably paving the way for a punishing run game. That run game is averaging over 200 yards a game. You can’t expect that production against this Georgia defense, but you can expect a sliver of it. The size of that sliver is what this game rides on. If you regularly average six or seven yards a carry, Georgia can cut that and half and you would still be productive on the ground. The Georgia run defense is like a ten-foot pool. It can submerge most teams, but if Kentucky is twelve-feet tall, the Wildcats could do some serious damage.

Suffocation. Forgive me if I’ve used that word before when describing the Bulldogs, but it’s been their game plan every week. We can talk about the WRs who haven’t played or how it’s “just a matter of time” before JT Daniels looks elite, but I don’t want to hear it. This offense is really good, far above average. It’s not elite. Doesn’t matter either. Defense is who this team is, don’t get cute and try to change that. If this team falls behind in a game, they might not have the firepower to come back and win it.

Now that that’s out of the way, I’m gonna get back on these Georgia fans’ good side. With this defense, you might never find yourself behind in a game all season. I’m serious, this defense has insane capabilities, I shouldn’t have to explain it. They could struggle with the Kentucky run game, but outside of Wandale Robinson there’s nobody the Bulldogs need to keep too close an eye on.  Will Levis doesn’t have the Bulldog defense shaking in their boots. Believe me. If they shut down the run and keep Kentucky from producing early, this above average offense can widen the margin.

Kentucky. This is far and beyond the boldest take I’ve made, but hear me out. This Kentucky roster has been molded over years, then polished by way of transfer portal. Now, it’s the perfect time to strike. They have an answer at QB finally, and RB Chris Rodriguez is nearly guaranteed to have better production against Georgia than any other back thus far in the season. On defense, Kentucky can seriously challenge Georgia in the same ways Clemson was able to. It’s not hard at all to see Kentucky getting ahead by a small handful of points and start killing clock.

Georgia has a very good chance to win this game, but as I sit and watch the nation seriously sleep on this Wildcats team, I can’t help but get behind them. For the first time this season, I’m picking against Georgia. Why? Last week we learned a great lesson, nobody in unbeatable. If there was ever a season for this game to go the Wildcat way, it’s this one.

I see Kentucky, and I believe.