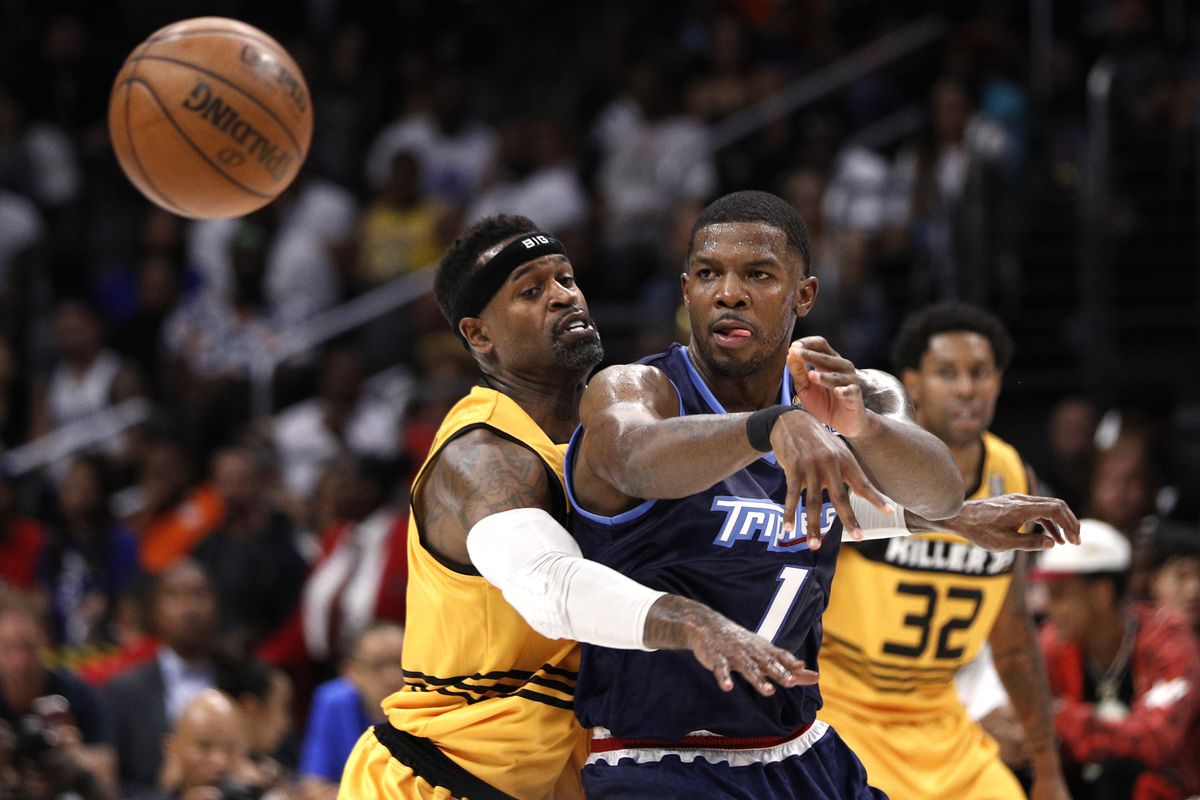 The 10th overall pick in the 2001 NBA draft and seven-time NBA All-Star may be headed back to the league after he was thought to have retired. Joe Johnson is fresh off a big win and being named BIG3 MVP and is now looking to resume his journey in the NBA. The question is, which team will land him.

It’s possible that a Brooklyn Nets reunion could be in the making. After sealing the BIG3 championship game with a game-winner on Sunday news broke that he has upcoming scheduled workouts with the Pistons, Bucks and Nets. In the midst of these workouts “Iso Joe” is receiving interest from other NBA teams as well, including the New Orleans Pelicans, Denver Nuggets and Los Angeles Clippers, all likely playoff teams for this upcoming season.

It’s safe to say Johnson is having one of his better summers, considering he didn’t know if he’d be back in the NBA again. Make no mistake though, his stint in the BIG3 wasn’t meant to be an audition for an NBA return.

“I am hopeful to get back, but I did not get in the BIG3 to get back to the league,” said Johnson. “I had a great career. I enjoyed the process. The only thing that keeps the NBA fire in the belly is how it ended in Houston. That just does not sit well with me. So if an opportunity comes along and I feel that it is worth it, yeah, I take that chance.”

Regardless of the reasoning for Johnson’s time in the BIG3, he averaged 21.9 PPG, 3.9 APG, 7.5 RPG and 1.1 SPG. These stats show that one thing is for sure. He’s still got it, and it’s no coincidence that the teams he’s drawing interest from are contenders or playoff teams at the very least.

So let’s be realistic, Johnson has already worked out with the Philadelphia 76ers, and potentially could work out with six more NBA teams before this month is over.

Three-on-three is a far cry from the NBA, but for a team looking for an x-factor in clutch situations, Johnson could be an appealing option.With that being said, if the Nets are the team that he ends up signing with, one might ask, what can he bring to his old team now?

Well let’s look at his numbers from the first time he was there from 2012-16. In 288 games he averaged 14.7 PPG, 3.8 RPG and 3.4 APG. Not to mention Johnson wasn’t only a leader, but also made one of his seven All-Star appearances while playing for Brooklyn.

Now with the new-look Nets, that include an injured Kevin Durant, it’s fair for Sean Marks and the Nets to consider every possible option at the small forward position, even if that means looking outside of their current roster. You’ve heard a few names swirling around including future Hall of Famer Carmelo Anthony, three-time Sixth Man of the Year Jamal Crawford and now Joe Johnson.

All are solid options but “Iso Joe” has been the go-to guy for this organization before. At the very least they just need one solid year out of him. However, in order to make that happen they would have to make a roster cut since there currently are no vacant spots.

One player they could cut is F Rodions Kurucs, who’s currently in the middle of a domestic abuse allegation. Another player is veteran swingman F Wilson Chandler who signed a one-year deal with Brooklyn but will miss 25 games due to testing positive for a PED. With all due respect, both are replaceable players. After all, this current roster has a plethora of forwards that can collectively fill the big shoes of the injured Durant until he gets back.

In the overall picture the Nets need to get better offensively this season. They finished right in the middle of the pack at 15th in the league last season scoring 112 PPG. They also were the 19th ranked offense. However, with the new additions in Kyrie Irving, DeAndre Jordan and Garrett Temple (just to name a few) that should improve. So throw “Iso Joe” in there and that could make the offense that much more lethal.

Tampa Bay Tanks: What Really Happened?
Brown To the Patriots: Forced Will or Mental Health Crisis In The NFL?