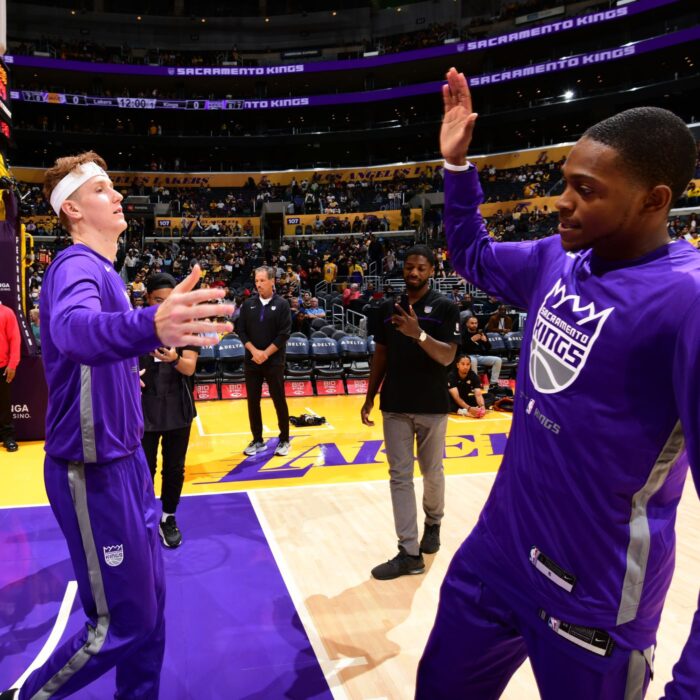 The Sacramento Kings finished the 2021-22 NBA season with a record of 30-52, fourth-worst in the Western Conference. They had a veritable laundry list of things they needed to improve over the offseason, but at the top of the list was their defense. The Kings yielded 115.3 points per game last season; only the Houston Rockets, Indiana Pacers and Portland Trail Blazers gave up more.

“Kevin started in the playoffs. (He) can score in a variety of ways, playmake, shoot, and rebound,” said McNair.

Huerter was one of the more known additions to the Kings, after four years as an Atlanta Hawk. The small forward-guard averaged 12.1 points, 3.4 rebounds, and 2.7 assists with 45.4 field goal percentage his last season in Atlanta. The Hawks traded the two-way player to the Kings for Justin Holiday, Maurice Harkless, and a future first-round pick.

With the Kings being a newly assembled team and Huerter’s past successes, Coach Brown decided to start Huerter. This decision has contributed to the Kings’ playmaking and quickness.

Despite the Kings falling to the Golden State Warriors (125-130), Huerter was instrumental in decreasing a 26-point gap to five points. The 6’7 was efficient in getting stops and scoring. Huerter finished with nine points, five defensive rebounds, and four assists.

Huerter may not start every game, because Coach Brown is experimenting to decipher how to best maximize the defensive end. However, Huerter is proving his worth as a two-way player.

George Showed Out, But The Other’s Have to Play Better…
Takeaways From The Knicks Season Opener