Khabib Nurmagomedov: The Greatest Lightweight Ever 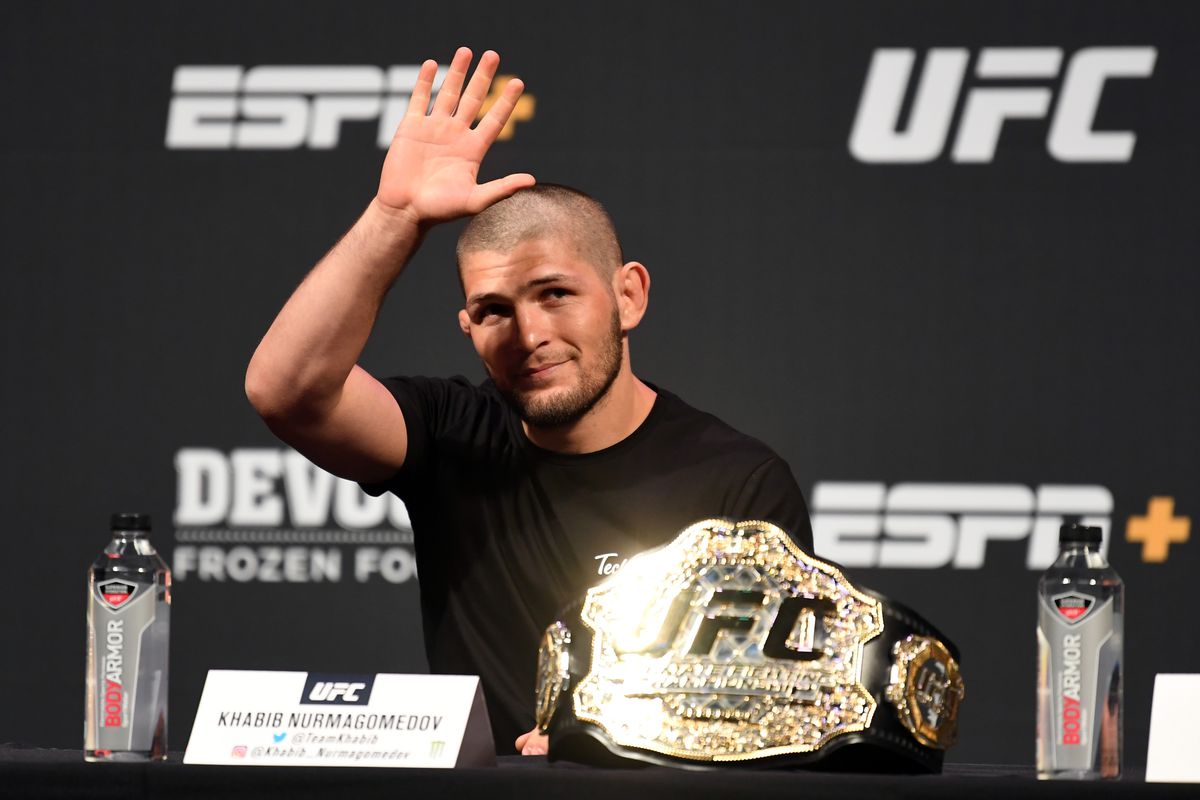 Khabib Nurmagomedov delivered another outstanding performance at UFC 254. That’s usually the takeaway from watching a Khabib fight. With this victory looking like the last fight of his career, this is more bittersweet.

Khabib’s journey to this past Saturday was documented and difficult. Overcoming career threatening injuries, family tragedies, a pandemic, and a toxic rivalry. The loss of his father, however, weighed the heaviest on the champion. It was so heavy that it was the ultimate catalyst for his retirement.

Khabib deserves to retire on his own terms. He notched another impressive finish against the most dangerous opponent he’s ever faced. His emotion overtook him, but his retirement was not compulsive.

Khabib had been in combat sports his entire life, and the loss of his father gave him a new point of view. It was time to appreciate those who are with you.

His legacy is unquestionably one of the best. As the best lightweight of all time, he puts himself amongst the very best in MMA.

Many of them were former champions or were on the cusp of the upper echelon until running into Khabib. Now, he leaves a gigantic void in the most interesting division.

But he earned that right. He may not have the record for most title defenses nor the most title fights in UFC history. However, the way he dismantled top contenders with domination is once-in-a-generation.

Even all-time greats like Georges St. Pierre, Jon Jones, and Anderson Silva all struggled in some bouts. Khabib lost only a few rounds in his entire career.

Hence, to Khabib, he will enjoy his retirement and help the next generation of Dagestani fighters. He leaves behind a legacy unlike any other. As an international superstar, dominant fighter, and unique character, he will be sorely missed in the sport of mixed martial arts.

Jason Witt Visualizes “2nd Round TKO” at UFC Vegas 12
Will Adesanya vs Blachowicz Be Next?