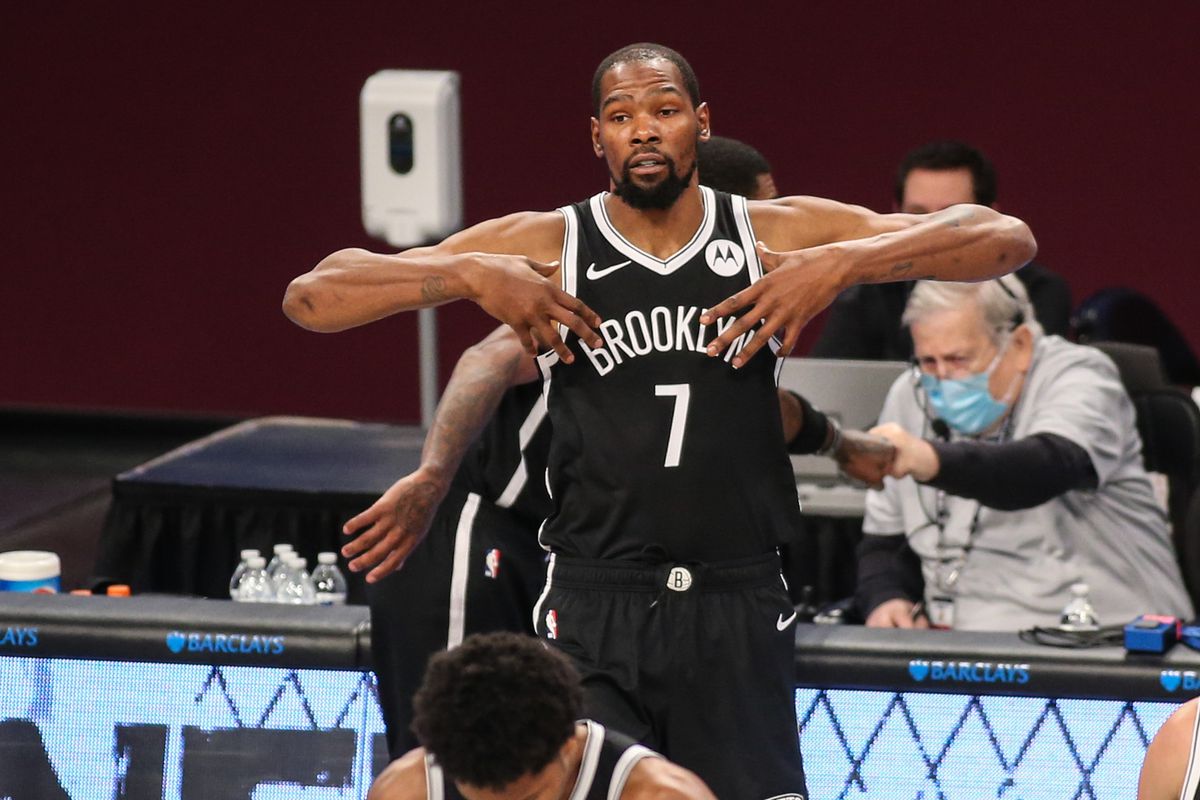 Game 1 of 72 is in the books folks, which means it’s time to either celebrate an impending Championship or look forward to tanking for the number one draft pick with nothing in between. Here’s my top ten reactions (in no particular order), along with a rating on just how truly crazy they are.

1. Kevin Durant is fully recovered and the Nets are the championship favorites.

Overreaction Rating: 3/10. The Nets were already championship contenders for sure, and a dismantling of the Warriors didn’t change that. Crushing the Celtics was impressive. However, it’s hard to judge Durant’s return this early on. Durant’s true recovery test comes late in the season, after hundreds of minutes have piled up on his recovered leg and he needs to play meaningful minutes deep into games.

2. The Warriors are in tank mode again without Klay Thompson and are primed for another top three pick.

Overreaction Rating: 8/10. Sure they got slaughtered by the Nets and Bucks, but they are both good and everyone can have bad games. Draymond Green hasn’t played and he’s arguably the second best player on the team, so we don’t know what the Warriors look like at full strength. Combined with well below average nights from Curry and the Warriors looked a lot worse than they will later in the year. There has been a positive. Rookie James Wiseman has been pretty solid, and has shown encouraging range.

Overreaction Rating: 6/10. An 0/5 start for Lamelo is a little concerning, but he’s a rookie. And it’s not like shooting is what you drafted the kid for. Encouragingly, Terry Rozier was lights out from deep, and new max deal man Gordon Hayward looked like Utah Jazz Hayward. The team isn’t great, but Rozier and Hayward offer something of a foundation to build on. Now we just wait on Lamelo.

4. The Cavaliers can challenge for a playoff spot.

Overreaction Rating: 5/10. Maybe I’m too optimistic, but it was a really impressive game for the Cavs. If Sexton and Garland can work together and provide the outside shooting, the team actually looks great. Nance and Drummond are both glass eating monsters that know their roles, and Okoro is doing exactly what the Cavs drafted him for. He’s a super athlete that zooms around and makes plays everywhere. If Garland and Sexton can’t provide the spacing the team desperately needs the team will be in trouble. But if they can, why can’t they challenge for an 8th seed in the East?

5. The Pacers are the most slept on team in the NBA.

Overreaction Rating: 1/10. Honestly they are. Let’s not forget they made the playoffs last year. Sure they got swept, but that was against the eventual finalist Heat, they were missing their best player and Oladipo was almost an opt-out. They were the 4th seed last year for goodness sake, and may finally get 2017 Oladipo back. He certainly looked the part in the first game of the season and Sabonis, just like his team, might be the most slept on player in the world.

6. The Hawks are a legit threat and Trae Young is an MVP candidate.

Overreaction Rating: 2/10. The Hawks offense is really something to behold. If this game was closer the Hawks could’ve easily put up 150. Trae Young was already an offensive superstar last year, and if can continue to get to the rim and shoot foul shots he will be in the MVP conversation. Maybe he doesn’t play defense, but it’s not like Luka’s defense is incredible. Bogdanovic and Gallo are highly capable shooters and the Hawks boast three young guys that have the potential to be productive 3-and-D players. This team can shoot the lights out of the building at the drop of a hat. That makes them a threat every night against every one.

7. The Pelicans will make the playoffs in the West.

Overreaction Rating: 7/10. The Fat Zion takes from the bubble last year were way too critical back then, and it’s correcting back. Zion looked as unstoppable down low (on both ends) as he did much of last season. He’s a walking double-double. The only question for the Pelicans will be how well their shooting actually holds up. They shot 45.2% from deep as a team, not something they’ll do from night to night. The only two truly reliable 3-point shooters they have are Redick and Ingram. Lonzo has made tremendous strides as a 3-point shooter, and if he can take another step that will be huge for the Pelicans. If he can’t it’s easy to foresee the paint getting way too clogged up and the Pelicans missing the playoffs in an always strong western conference.  (Addendum for last night’s game: So far this looks very astute. Zion got a double-double, but the 3-point percentages tanked hard, and the Pelicans got blown out.)

8. The Raptors could be in danger of a low playoff seed.

Overreaction Rating: 4/10. Is it a hot take to say that the knee-jerk reaction isn’t a hot take? The Raptors are generally a team that plays greater than the sum of their parts. Whether it be from excellent coaching or excellent team cohesion, they’ve never been hurt by lack of true star power in the regular season at least. But I wonder when those chickens come home to roost. The East is getting deeper, and the Raptors may find themselves at a talent deficit. Siakam had a breakout season last time; can he do it again now that there’s a whole season’s worth of tape of him as the lead man? Did the Raptors properly replace Ibaka and Gasol, two key contributors off the bench last year? What happens if Kyle Lowry declines in his age 35 season? In a world of duos, who do you take Siakam and Lowry over? Kyrie and KD? Beal and Westbrook? Brown and Tatum? Simmons and Embiid? Oladipo and Sabonis? Butler and Bam? Giannis and Middleton? Maybe a couple of them, but they will be hard-pressed to keep their second seed this year without serious growth from some of the young guys.

9. The 76er’s are championship contenders.

Overreaction Rating: 8/10. The 76er’s clearly need more time to let the myriad of offseason acquisitions gel and a new coach to fully install his system. Despite the win, I wouldn’t say this was a particularly encouraging victory for them. They shot 8-28 from three, a troubling sign when all of their offseason was focused on fixing that one issue. Tobias Harris continues to disappoint, even when reunited with Doc. Danny Green was worthless offensively, a continuing trend from last year’s playoffs. It’s not all doom and gloom though. Maxey looks ready to play, and Shake Milton looks poised to take the next step. And while Curry struggled from deep, he looked solid as a secondary playmaker next to Simmons, which got them some clutch buckets down the stretch. Still, the starters on the 76ers went 2/14 from deep. That doesn’t come close to cutting it.

10. The Suns are ready to compete.

Overreaction Rating: 8/10. The Suns got a nice win against the Mavericks, who many see as a playoff lock after they ran the Clippers close in last year’s playoffs. But the Mavs were without Porzingis. Any team missing their second best player is going to struggle. Luka also had a tough night shooting the ball, starting off 2/9 and going 0/6 from deep. The fact that it was as close as it was is somewhat worrying for the Suns. Their two big offseason acquisitions in Jae Crowder and Chris Paul struggled offensively. The performance of Crowder from deep will be critical, but history isn’t on their side. Crowder was an absurd 45% 3-point shooter for the Heat last year. He’s 33.9% for his career. He’s only had one season out of eight where he was an above average 3-point shooter. As for Paul…time is undefeated. It’s only a matter of time for him. If he plays like he did in his last season in Houston, I’m not sure this team has what it takes to battle it out in the West.