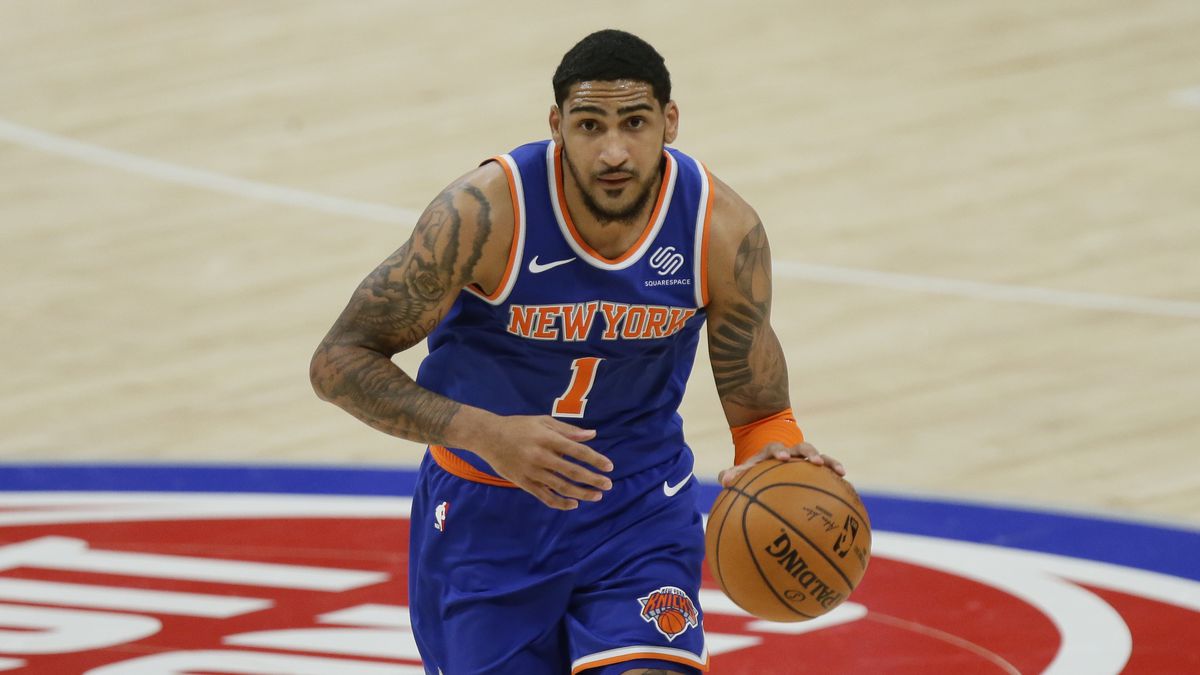 NEW YORK, NY – Despite some offensive struggles, the Knicks overcome an 18-point deficit and top the Cavaliers 100-93 on Wednesday. New York is now 2-1 in the preseason.

Thankfully though for the Knicks, they made up for this by getting just about any shot they wanted in the paint. They dominated the Cavs down there 54-36.

This was largely because of two of the Knicks’ big men, Julius Randle and Mitchell Robinson, who combined for 31 points and 15 rebounds shooting 70% FG.

They weren’t the only ones who had an impressive outing for the blue and orange though.

The Knicks’ 25th overall pick in this year’s draft, Immanuel Quickley, scored nine points and dished out seven assists (six of which came in the 4th quarter).

“It’s all my teammates, playing with great guys that can catch lobs, shoot the ball really talented, just makes it easy playing with great players, so I’m really thankful for them,” said Quickley. “Really we just played hard. That was the message. The assistant coaches, coach Thibs, they just stressed to us, keep fighting, keep the faith…It’s a long game and if we keep playing hard, we could come out with a win.”

The Cavs on the other hand, played themselves out of this one, and it was a tale of two halves for them. In the first half they scored 57 points, and then only scored 36 in the second.

The Phoenix Suns Are Ready to Shine
RECONSTRUCTED: A Preview of the 2020-21 Miami Heat