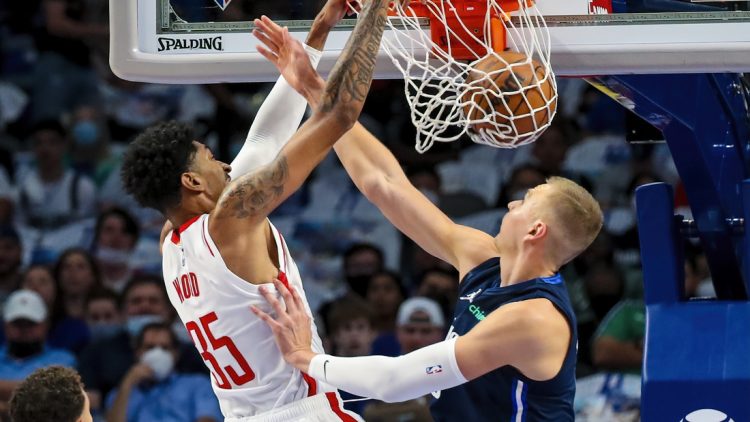 After a rusty season opener, the Dallas Mavericks have won three out of their last four games in a row, including two games at home. Through this first week, the Mavericks have since looked very efficient down the roster. The one exception to that, however, is forward Kristaps Porzingis. The Mavericks acquired Porzingis to be the future co-star next to sensation Luka Doncic, but he has struggled to find his footing with Dallas over the last couple of seasons.

Porzingis has been a solid second option for Dallas the past two years, averaging 20.1 points per game on 44.4% shooting. However, a combination of inconsistency and unavailability have caused his future in a Mavericks jersey to be in question.

Dallas’ front office hoped a coaching change would reignite KP’s All-Star flame, but he’s been nothing short of a disappointment through the first week of the season.

He had a promising preseason, averaging 13.0 points, 1.7 blocks, and 1.3 steals in just 19.3 minutes through 3 games. But through his first three games of the regular season, KP has averaged just 12.7 points on 30.2% shooting in 26 minutes per game. To make matters worse, Kristaps exited Tuesday’s matchup against the Houston Rockets with lower back tightness. Since then, Porzingis has missed two straight games, including a blowout loss to the Denver Nuggets.

His availability has always been an issue, but many assumed he would be at decent health the majority of the season after the offseason. Unfortunately, that assumption was proven false rather quickly.

KP’s defense has been great when he’s active thus far, averaging 2.0 blocks per game. On the other hand, his scoring needs to be more efficient for the Mavs to make a deep playoff run.

The Mavericks hope KP makes a return this Sunday against the Sacramento Kings and redeem himself from an unfortunate start to the season.