Kyle Busch to RCR, What’s Next for Joe Gibbs Racing? 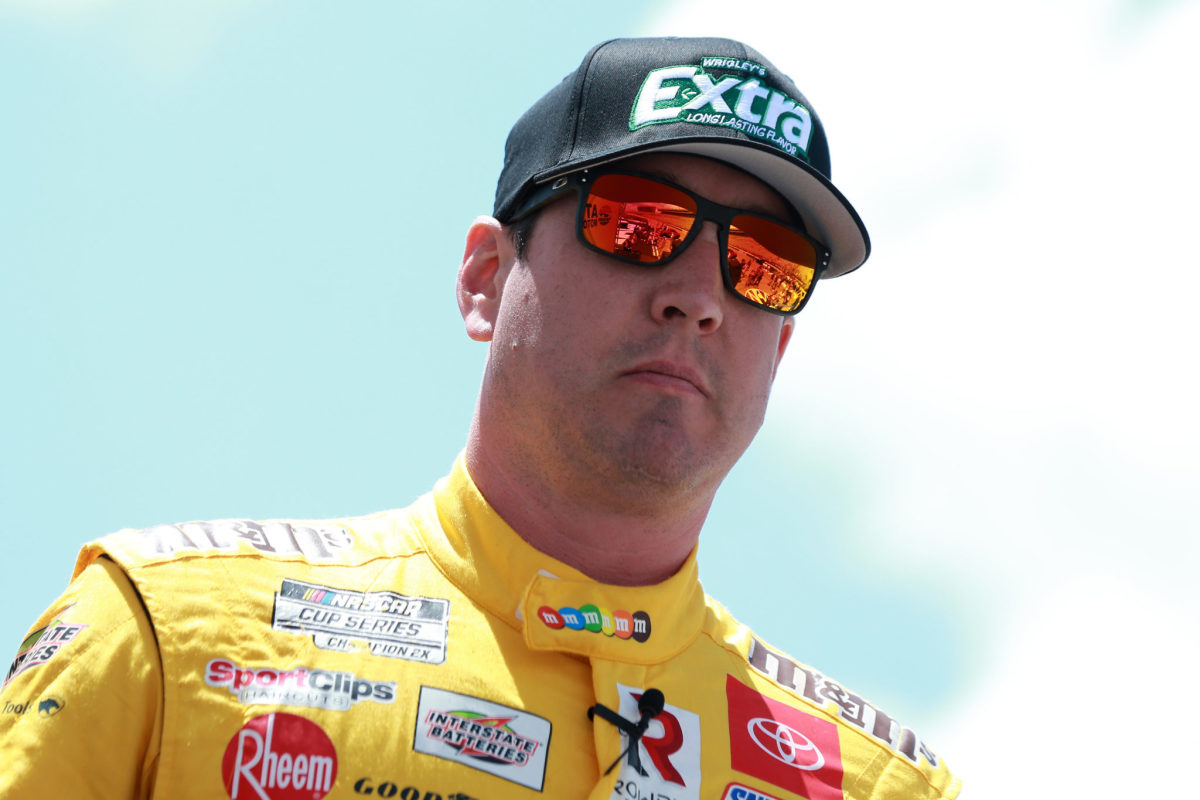 Free agency in NASCAR is very different than other professional sports. Sometimes, like in the case of 26 year old Tyler Reddick, drivers may sign a contract that doesn’t go into effect for a couple years. Reddick signed a deal to send him to 23XI Racing in 2024 this past summer. This left the Richard Childress Racing organization to scramble for a new lead driver on the track. Joe Gibbs racing driver Kyle Busch was set to become a free agent this upcoming year. That being said, superstars don’t wind up without a ride often so the opportunity to get someone who can elevate an organization was an extremely valuable opportunity. Richard Childress did just that, leaving the 18 Joe Gibbs Toyota without a driver next season. What’s next for Joe Gibbs Racing?

60 time cup winner Kyle Busch announced at the end of last season that long time partner “Mars Inc.” who owns “M&M’s” among others would not be returning as his sponsor. Sponsorship in NASCAR is a huge deal as sponsorship dollars are where most teams make their money. Funding has become one of the most important aspects of this sport, so Kyle losing his sponsorship at the beginning of the year kicked everything into gear.

Over the course of the 2022 season Kyle’s current team spent a lot of time in contract negotiations to keep Busch in the 18 car moving forward. As the season went on people started to discuss it more week in and week out and things were looking worse and worse by the week. Joe Gibbs and Toyota made it very clear throughout the season that there was effort being put into negotiations, they just weren’t getting anywhere. By the end of July it was becoming more clear that Kyle would drive for a new team next year. Busch arrived at JGR in 2008 and was their top driver since his signing, making the impending split even more of a talking point.

It was announced on September 13th that Busch would be joining Richard Childress Racing to take over the 8 car. This came as a shock to many around the Cup Series as Kyle Busch and Richard Childress weren’t always the friendliest together in the past. The pair have since moved past their differences, signing Busch to drive what is currently Tyler Reddick’s car. Richard Childress has stated that Reddick will drive for the team next year under a third charter yet to be acquired by the team, but plans can always change.

1. Ty Gibbs drives the 18, Tyler Reddick stays with RCR until 2024
Given how Ty Gibbs, grandson to Joe Gibbs, has raced in the Xfinity Series this past season, this is the most likely option. Gibbs has won 5 races and counting in just his first full time Xfinity season. He has shown great maturity throughout the season and has been filling in for the recovering Kurt Busch in the Cup Series as well. That unexpected seat time has been helping Gibbs understand the Next Gen car before his rookie season. That experience may be enough for Joe Gibbs to pull him up a year early despite earlier statements. Reddick could still join 23XI a year early, but for this scenario we’ll say he stays with RCR. Richard Childress would have two main options for Reddick in 2023. Childress could choose to buy a third charter or he could not give Tyler a ride altogether. While it probably won’t happen, Childress was very displeased with the way Reddick’s parting announcement went and hasn’t been shy about voicing that displeasure. The move to put Kyle Busch in the 8 car next season says a lot about how Childress feels regarding Reddick, so the idea that Childress could not field a ride for him at all isn’t totally out there.

2. Reddick leaves RCR, joins 23XI Racing 1 year early, Ty Gibbs drives the 18
23XI currently has Bubba Wallace and Kurt Busch driving their race cars, but Kurt Busch’s health has been a question for the back half of this season. Busch suffered a concussion during a qualifying session at Pocono and hasn’t been in the race car on Sunday’s since. Kurt had already expressed his desire to make 2023 his last season. That made the original plan quite simple for 23XI, when Kurt retires, Tyler Reddick takes over. With Reddick’s 8 car being given away and Kurt’s health being in question, it’s not out of the picture for Reddick to head to 23XI a year early. 23XI could put Reddick in the 45 car if Kurt Busch retires or they could buy a third charter if Kurt stays one more year. The biggest issue is the price of charters these days, as they have skyrocketed to an unthinkable level. 23XI struggled to secure a second charter for Kurt Busch last offseason so getting a third could be even more daunting. The easiest path would be Kurt retiring early but no true race fan wants to see him go out like this. If Kurt decides to race next season, 23XI does have another option. This option would more than likely put Ty Gibbs in the seat of the 18 next season considering other than Tyler Reddick, there aren’t many free agents who are ready or deserve the car. Once again, this would get Gibbs up earlier than expected but the move could be worthwhile considering the talent at hand.

3. Reddick drives the 18 for 1 year, moves to 23XI in 2024
While it might be a longshot Tyler Reddick driving the 18 isn’t a farfetched idea. Joe Gibbs has expressed that he wants to keep future superstar Ty Gibbs in the Xfinity Series for one more year before his move to the Cup Series. While many feel he’s ready right now, it’s never a bad thing to continue gaining experience before mixing it up with the best in the sport. 2022 was Gibbs first season at the Xfinity level, so him staying down for one more year would make sense. Putting Tyler Reddick in the 18 car would allow Joe Gibbs to keep their young prodigy in Xfinity for development while also bringing Tyler Reddick to Toyota a year early. The next gen car is very difficult and the switch from a Chevy to a Toyota could be difficult for Tyler, so a year to figure it out in one of the best rides in motorsports would be very helpful. While this scenario does seem a little bit out there, I think it’s one of the greater possibilities come this offseason. Don’t be surprised if Reddick is in the 18 car next year.

Signs have pointed towards Childress and Reddick breaking up a year early giving Tyler the chance to move to Toyota. With the price of charters being so high, this would save Richard Childress a lot of money. That being said, 23XI may not feel it’s necessary to get a third charter just for one season. While the team wants to expand in the future, team owner Denny Hamlin has expressed he doesn’t want to expand until after 2024’s TV rights deal ends and a new deal is negotiated. Kurt Busch plans to return next year as of now leaving the 45 out of the equation. With Joe Gibbs stating that he wants Ty Gibbs in Xfinity for one more season, Tyler Reddick to the 18 on a one year deal makes the most sense in 2023.

Before Training Camp and Preseason Questions: Phoenix Suns
The Red Sox Have a Long To-Do List This Offseason