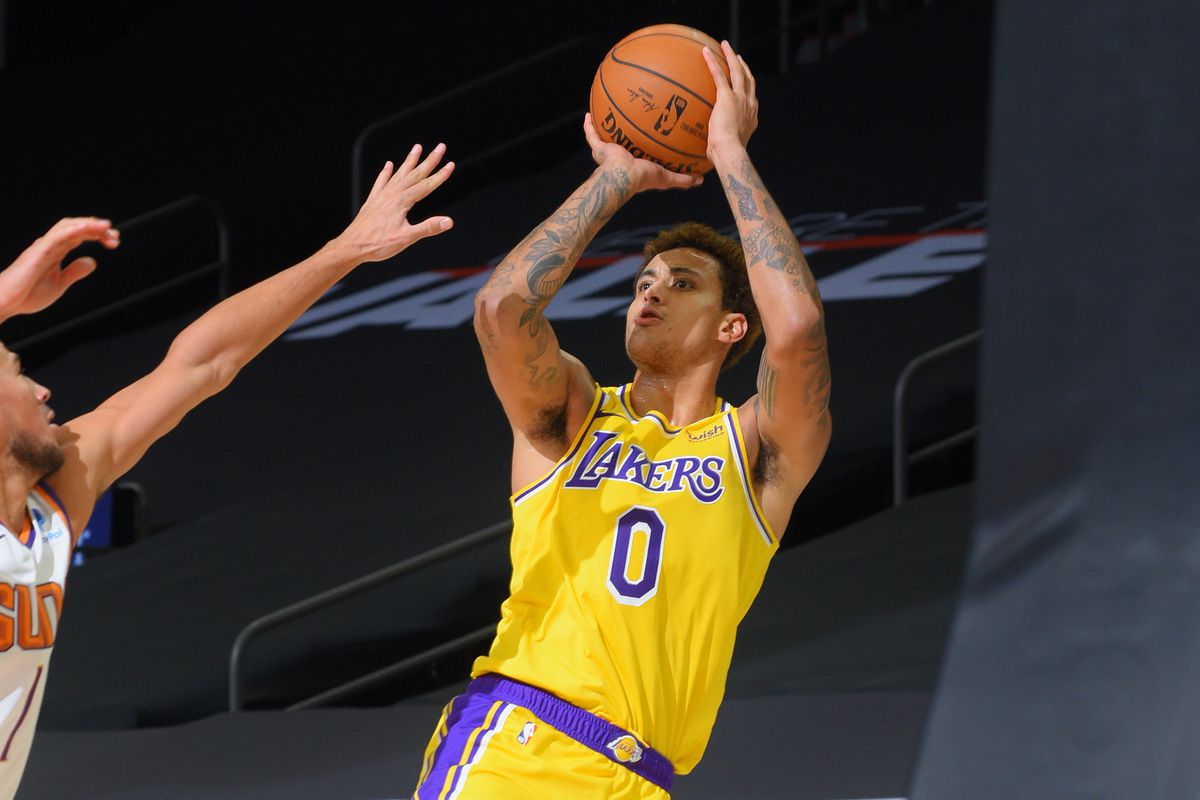 Forward Kyle Kuzma has agreed to a three-year $40M contract extension on Sunday, according to ESPN’s Adrian Wojnarowski.

This will be the first rookie contract extension the Los Angeles Lakers have given in 12 years. The last rookie to sign an extension with the Lakers was Andrew Bynum back in 2008.

However this contract is a rare one in its own right. The non-max rookie extension has a player option. This would play in Kuzma’s favor should he outperform the contract during his prime years.

Kuzma’s contract benefits both sides in various ways. To begin with, this is a solid middle agreement for Kuzma and the Lakers. Kyle gets paid for the mean time and the Lakers aren’t gauging out their funds. Kuzma has all the capabilities to outperform this contract, but should he not, he is still moveable at $13.3M a year.

LeBron James’ contract also plays a part in Kyle’s extension. It shouldn’t be a coincidence that both James and Kuzma’s contract expire in 2023. Nobody’s knows if LeBron will continue playing once his current contract is up. Should he decide to retire this would allow for both Kyle and the Lakers to evaluate what could be a lucrative contract.

Kuzma’s number have gone down since his first two seasons with Los Angeles. Although this may be true, this comes as a direct result of Anthony Davis joining. With Davis on the Lakers, Kyle’s lack touches would play a factor in his effectiveness. Kuzma was either the Laker’s first or second option in his first two seasons. Now taking the back seat to James and Davis, being the third option would hurt his rhythm.

With all things considered Kuzma has been playing well this preseason averaging 17.5 points, 2.7 rebounds and 3.7 assists. Now after playing a full season behind James and Davis, he should more comfortable in understanding his role.