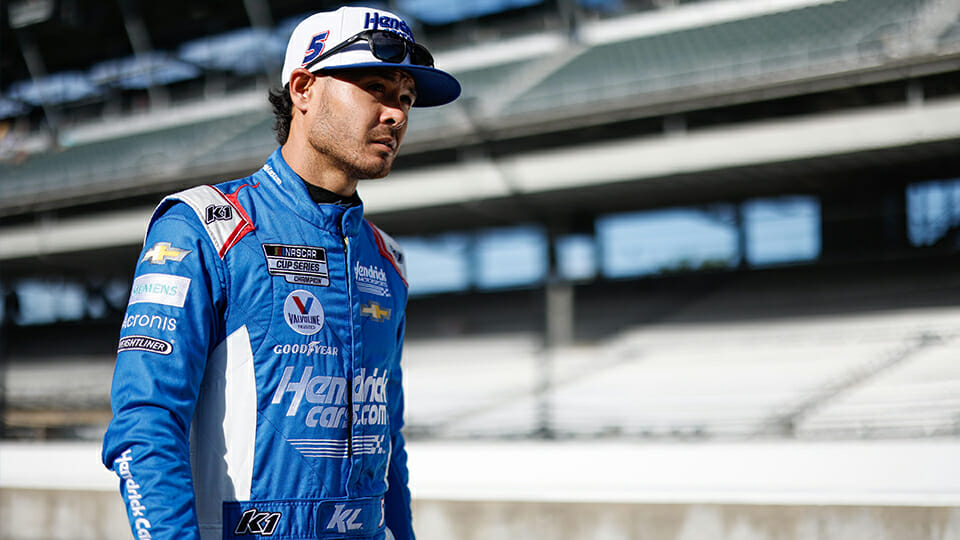 To most, the Indianapolis 500 is known as “The Greatest Spectacle Racing.” To those who live in Speedway, Indiana, it’s a yearly tradition. A Memorial Day weekend tradition. A possible once in a lifetime to kiss the bricks for winning and to drink the milk in victory lane. For years, Kyle Larson has talked about wanting to attempt to race in the Indianapolis 500. That dream for Larson is one step closer to becoming a reality for him. On January 12th, 2023, it was announced that Larson would attempt to qualify for the 2024 Indy 500 with Arrow McLaren in a partnership entry with Hendrick Motorsports. What does this all mean for Larson and motorsports?

The History of “The Double”:

“The double,” most known as the toughest challenge in motorsports, consists of a driver attempting the Indianapolis 500 and the Coca-Cola 600 on the same day. It is also considered as the biggest day in motorsports. There have only been four drivers to attempt “The Double” throughout history. Those drivers are John Andretti, Tony Stewart, Robby Gordon, and Kurt Busch. Kurt Busch was the last to attempt “The Double” back in 2014. Busch would go on to finish in 6th.  However, this could play into Larson’s hands. With his dirt racing background, Larson is used to running multiple races in one day, not to this intensity, however. Larson not only has to be physically prepared, but mentally prepared. These will be the most intense two races in Larson’s career.

What does this mean for motorsports?

Having a driver complete “The Double” on its own is big. Having a once-in-a-generation talent attempt the Indy 500 & Coca-Cola 600 double is huge. This announcement already has fans of Larson and motorsports fans looking forward to the 2024 Indy 500. This very well could allow more drivers to attempt “The Double.” As previously said, it has been almost 10 years since we have seen someone compete in both the Indy 500 and the Coca-Cola 600. This very well could start a new generation of racecar drivers start attempting “The Double.” Kyle Larson has been considered the best racecar driver of today’s generation. This is not only a great opportunity for Larson, but for the entire world of motorsports.

Will Larson have a chance to win Indy?

As previously said, Larson will be racing for Arrow McLaren in the 2024 Indy 500. If McLaren’s driver lineup remains the same from 2023 to 2024, his teammates will be Pato O’Ward, Felix Rosenqvist, and Alexander Rossi. Rossi is the 2016 champion of the Indy 500. Arrow McLaren recently signed Rossi to a multi-year deal from Andretti Autosport in late 2022. Arrow McLaren already has a great shot of winning the 2023 Indianapolis 500, they’re going to have an even better chance with the addition of Kyle Larson.

Fans know that Larson can win and has won in every type of racecar that he has raced in. Larson has won over 300 races throughout his entire racing career, dating back to when Larson was the age of seven. This begs the question of whether Larson can win in IndyCar and the Indianapolis 500. This depends on how much testing time Larson gets before the month of May 2024. It will take Larson some time to adapt to a brand-new racecar, but this is Kyle Larson after all. Larson has a chance at history, a piece of history that may never happen again. Larson has won the Coca-Cola 600 before. If all goes well with his IndyCar testing, Larson just might have a shot to win the Indianapolis 500 and the Coca-Cola 600 on the same day. We won’t know until May 26th, 2024.