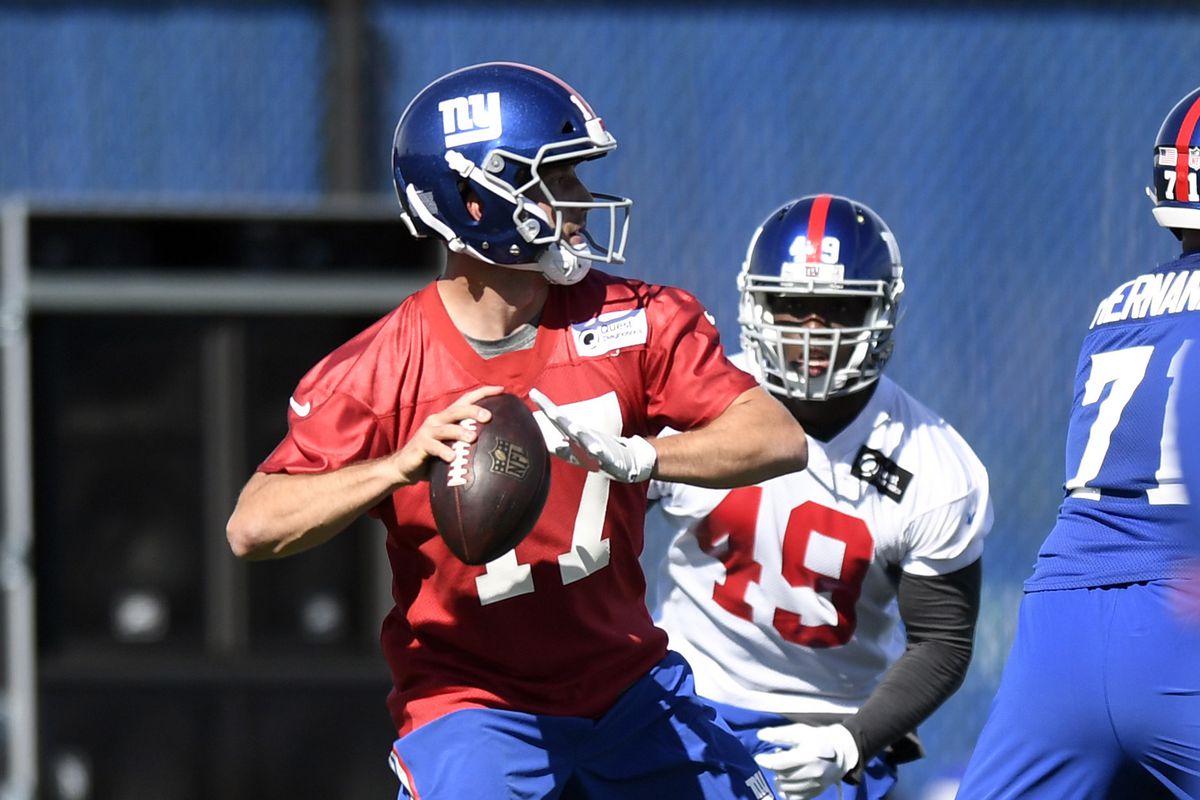 Back Sports Page recently sat down with Giants Rookie QB Kyle Lauletta to discuss how his first few days of training camp, seeing himself in Madden and the experience in being in the NFL.

Growing up not to far from New York, Kyle Lauletta dose not look at reaching the NFL as an accomplishment but just a checklist on his journey. While speaking with Lauletta, I was very surprised on how calm and how focused he was.

When asked about the transition he has made to the NFL “I have been asked this a lot, it doesn’t feel any different because there is always a little jump just like High School to College.  The level of play is different its still football just the pace is a little quicker. But its Football. The DB’s are able to cover more ground that’s one of the main differences. ”

One of the big questions during the Giants off season had to do with the Quarterback situation. With Eli Manning at the age of 37 years old and questions still are raised on if Davis Webb is the right replacement for Eli after retires, Lauletta fit right in with the QB room with both QB’s ready to compete.

“They welcomed me and helped me with the transition. It’s a dream come true as I have always wanted to play in the NFL. To have a guy who I grew up watching a guy like Eli Manning who has won Super Bowls and has had the success that he has had it is just great to learn from him.”

He did admit to growing up an Eagles fan but as he got older he grew out of it a bit. ” I grew outside of Philly. So growing up I watched every game but as I got older i just became a huge fan of the game. Just a football fan in general. People asked me about my favorite quarterback growing i tell them Peyton Manning. I used to play with him in Madden.”

In The Red Zone: Andrew Adams
Top Five Questions the Giants Have In The Pre-Season: #5 Who is the Backup QB?