Kyle Schwarber: The Unexpected Best Leadoff Hitter in All of Baseball 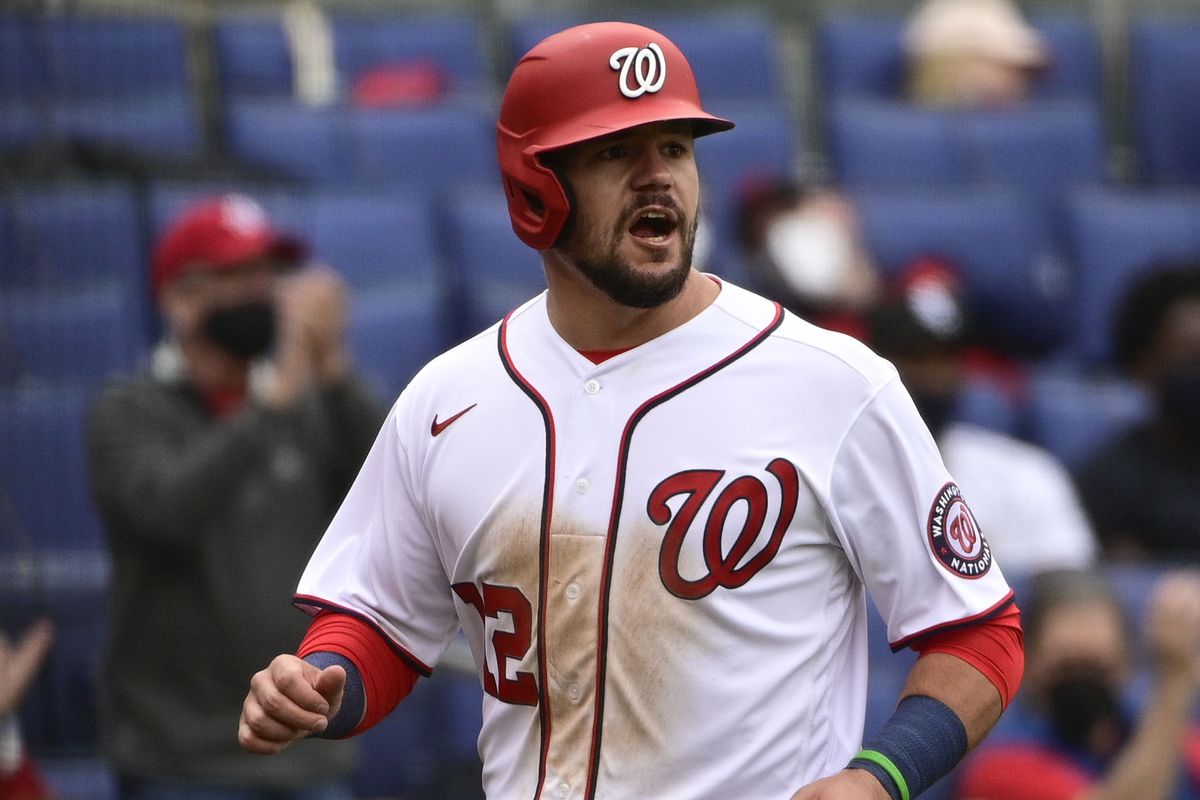 Kyle Schwarber has always had crazy power, but few would consider him a natural leadoff, and yet he’s proving himself to be among the best.

Kyle Schwarber’s rise to the big leagues was a fast and highly anticipated one. After being taken fourth overall in the 2014 MLB draft, the big lefty soon became the Chicago Cubs’ number one ranked prospect. His brute strength was the first thing people noticed when watching him swing the bat. This kid had the potential to obliterate balls over 400 feet at any moment. In the first few seasons in the bigs, Schwarber was showing everyone his incredible strength.

However, what Schwarber really struggled with was consistently reaching base. His power was undeniable, but his issues with striking out and being an all-or-nothing type of hitter raised the eyebrows of Cubs’ personnel. Joe Maddon, a classic oddball manager who is fond of creating unexpected lineups, decided to try Schwarber out as a leadoff hitter. Despite it not being in his forte, Maddon took a chance on the power hitter to provide a spark atop the order.

Kyle Schwarber Heads to the Capital

After five seasons in Chicago, Kyle Schwarber and Cubs decided to part ways. Chicago moved in a different direction by bringing on a very similar offensive player in Joc Pederson but believed his defense to be much more valuable. With Schwarber still being young and having a lot of promise as a hitter, the Washington Nationals took a chance on him. Even riskier, Dave Martinez, the former bench coach for Maddon, decided in mid-June to move Schwarber back into the leadoff spot.

Since then, Kyle Schwarber has been arguably the most lethal hitter in baseball. Coming into this stretch, he had only recorded ten homeruns on the season. However, over the past seventeen games, he has hit bomb, after bomb, after bomb, and has put himself amongst some greats. Over seventeen games, only Barry Bonds and Sammy Sosa, both criticized as steroid users, have ever hit fifteen homeruns… until now. Additionally, in a nine-game span, only one other player had ever hit eleven dingers… until now.

Schwarber increased his homerun total from a moderate ten to a remarkable twenty-four. His incredible month of June surpasses that of Washington’s former chosen one (Bryce Harper) for the most homeruns in a single month. Harper back in 2015 hit thirteen in the month of May, but Kyle Schwarber, in only half of June, has somehow hit fifteen. Six of them have been leadoff homeruns to begin games.

The powerful lefty’s record-breaking tear does not there though. During his time as the leadoff hitter, Kyle Schwarber has posted the best OPS in the history of baseball! With an on-base plus slugging percentage of 1.465, Schwarber is showing how drastic of a mistake the Chicago Cubs made in letting go of their former first-round draft pick.

His recent play has shown that his unbelievable power is still very valuable in baseball today. The likelihood of this streak continuing is minimal, but Kyle Schwarber has done his part. He has shown not just the Cubs, but all of baseball that he is currently one of, if not, the best leadoff hitter in baseball, possibly ever.