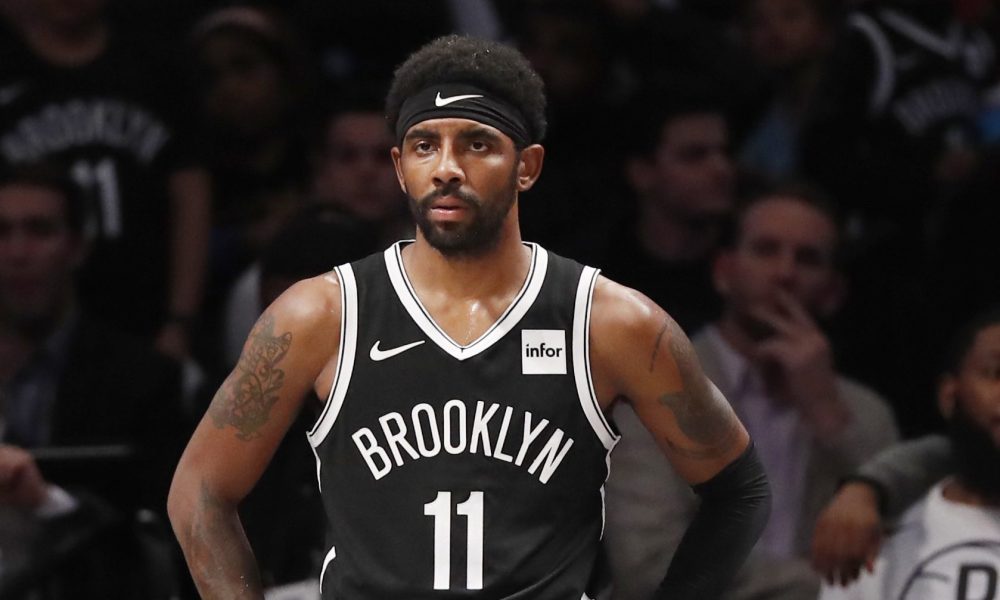 The NBA held a conference call with 80+ players last Wednesday to field concerns about resuming the season in Disney World. According to The Athletic, many players, including NBPA vice president Kyrie Irving, vocalized that they did not feel comfortable resuming play in support of the nationwide movement fighting for social justice reform.

Irving told the players: “I don’t support going into Orlando. I’m not with the systematic racism and the bullshit. … Something smells a little fishy. Whether we want to admit it or not, we are targeted as black men every day we wake up.”

Irving also said, according to NBA Insider Shams Charania, “I’m willing to give up everything I have (for social reform).”

These powerful statements by Irving come after three weeks of the nation protesting police brutality and systemic racism in over 750 cities in all 50 states. In a moment that is so much bigger than basketball, Irving has brought up very important points regarding the appropriateness of resuming the NBA.

Irving is not the only NBA player who has expressed criticism of the NBA returning. Dwight Howard released a statement in agreement with Irving.

“I agree with Kyrie (Irving). Basketball, or entertainment period, isn’t needed at this moment, and will only be a distraction. Sure it might not distract us the players, but we have resources at hand majority of our community don’t have. And the smallest distraction for them, can start a trickle-down effect that may never stop. Especially with the way the climate is now. I would love nothing more than to win my very first NBA Championship. But the unity of My People would be an even bigger Championship, that’s just too beautiful to pass up. What better time than now for us to be focusing on our families?

“This is a rare opportunity that, I believe, we as a community should be taking full advantage of. When have we ever had this amount of time to sit and be with our families? This is where our Unity starts. At home! With Family!! European Colonization stripped us of our rich history, and we have yet to sit down and figure us out. The less distractions, the more we can put into action into rediscovering ourselves. Nations come out of families. Black/African American is not a Nation or Nationality. It’s time Our Families became their own Nations. No Basketball till we get things resolved.”

Howard’s statement is even more powerful considering his placement on one of the teams in the best position to win the NBA championship this season. The 34-year old Howard is admirably giving up the opportunity to win his first championship to advance the cause of social reform in the black communities of the country.

As Howard said, “No Basketball till we get things resolved.”

Having the NBA resume can cause a significant distraction from the protests, even from the most well-intentioned people. Like Howard said, “The less distractions, the more we can put into action into rediscovering ourselves.” Engaging with the NBA right now would take away from the people’s time that they could be spending engaging with protests and reform.

Lou Williams backed up Howard’s statement by tweeting, “If we had a game today and u leave a protest to watch it. That’s a distraction.”

Williams makes an excellent point. Even if only one person leaves a protest to go watch an NBA game, it becomes too big a distraction that hurts the overall cause.

With the country usually in a constant state of consuming and distracting themselves with professional sports, a rare opportunity amidst the pandemic has emerged as there has been a nationwide focus on the systemic mistreatment of black people. The focus and momentum of the protests may not have so easily taken up people’s consciousness had there been the usual professional sports and entertainment outlets to distract ourselves.

“This is a rare opportunity that, I believe, we as a community should be taking full advantage of. When have we ever had this amount of time to sit and be with our families?”

Howard understands the uniqueness of this moment.

Irving, Howard, Williams, and the other NBA players who do not want to play while nationwide protests are happening around the country are correct- resuming the NBA can be harmful and distracting to the nationwide effort to combat systemic racism and police brutality. It is not a coincidence that these protests have become so widespread during a time of mass unemployment and professional sports on pause.

People have more time and opportunity to protest than ever before and do not have the usual outlets for entertainment that can keep people distracted and comfortable. The NBA resuming play can unintentionally cause people to lose focus and distract themselves from the task at hand.

The players recognize this as an opportunity for meaningful change and do not want to do anything to harm the movement. While the country is dying to watch live pro sports on TV, the game is not worth playing if it will distract people from the black people unjustly dying at the hands of the police.

Click here to find resources on how you can help.

Why Was Coaching Legend Phil Jackson So Disappointing As President of the Knicks?
NBA Is Coming Back: Here Is A Rundown of Everything You Need To Know