LA Clippers: The Rest of the Squad 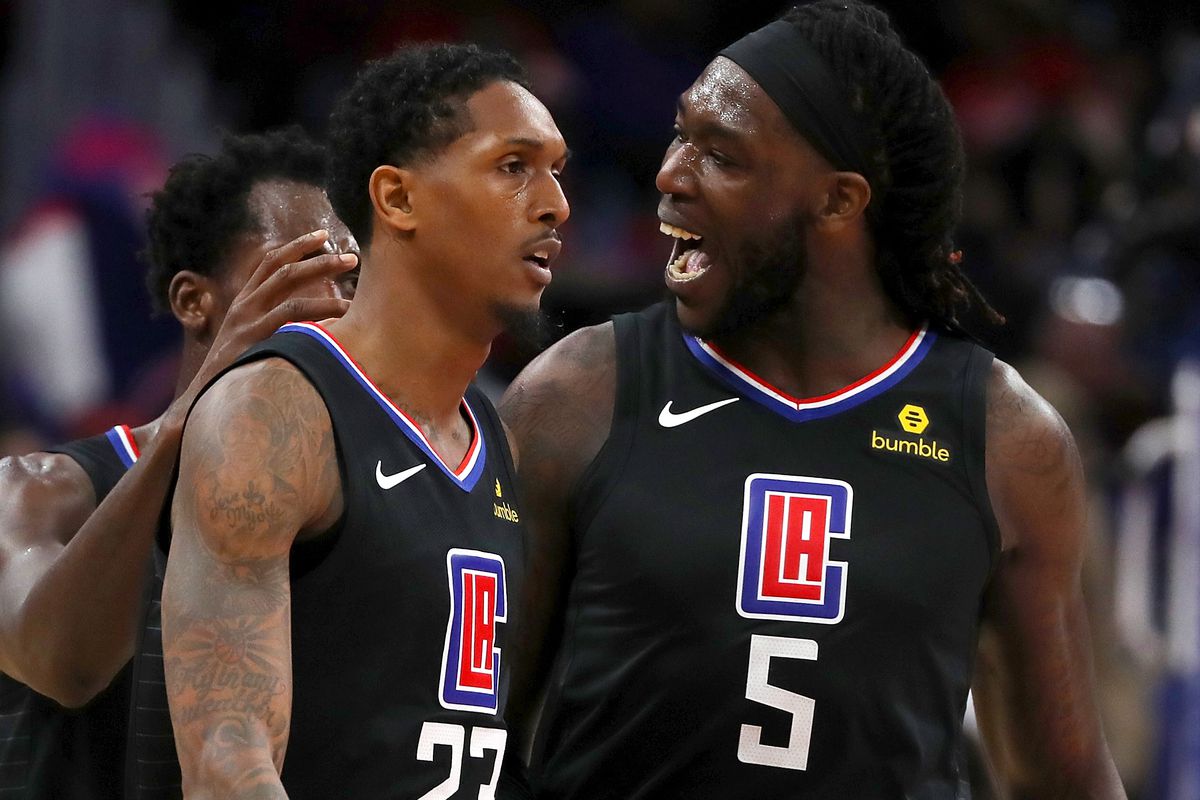 All the talk surrounding the Los Angeles Clippers this off-season has centered around Kawhi Leonard and Paul George, and rightly so. Acquiring two of the top fifteen players in the league would make headlines anywhere. Both guys are elite two-way players who will serve as the main scorers and playmakers on this team. However, what may be lost in all the hype surrounding the two NBA All-Stars is that the rest of this Clippers team is good. Really good.

This is a team that last year traded away its leading scorer, Tobias Harris, and still rallied to defy expectations and claim the 8th seed in the West. Furthermore, they even won two games against the full-strength Golden State Warriors highlighted by a riveting, second half 31-point comeback in Game 2 (and it was on the road!). All this to say, the rest of the Clippers squad is extremely talented, making this one of, if not the deepest team in the league.

Lou Williams has won three out of the last five Sixth Man of the Year awards (two with the Clippers) and was the Clippers’ leading scorer last year with 20.0 points per game. He embodies the spirit of the Sixth man award, a walking heat check who comes into the game with one thing on his agenda: getting buckets. He will continue to come off the bench but will no doubt end up finishing games, as he is an elite scorer who can find his own shot with ease. That shot should be even easier to find this year with Kawhi and PG demanding so much attention from the opposing defense. Lou Will is set for another huge year.

Montrezl Harrell was one of the most improved players in the league last year as he fully came into his own as a force to be reckoned with. He plays with an unbridled passion and energy that is infectious to both his teammates and the crowd. He finished last season averaging 16.6 points per game to go along with 6.5 rebounds, but the hustle he plays with is intangible and defines his games. Montrezl and Lou Will formed a deadly combo running the pick-and-roll last year and, funny enough, Montrezl finished in third for Sixth Man of the Year. Having two guys off the same bench in the top three for Sixth Man voting is unprecedented, further reinforcing my earlier statement, this Clippers team is as deep as any team in the NBA.

Patrick Beverley has made a name for himself as one of the premier on-ball defenders in the league. He plays with intensity every second of the game and pesters whomever he guards with fast, active hands and even faster footwork. He might be one of the few players in the league who matches Harrell’s energy and tenacity on the court. Additionally, Pat Bev fears no matchup, as evidenced by him acting as the primary defender on Kevin Durant in the first round of the playoffs last year (Durant is literally a foot taller than Beverely, who’s only 6’1!). Kawhi Leonard, Paul George and Patrick Beverley form the scariest perimeter defensive trio in the league, and honestly it’s not even close.

Landry Shamet had an incredibly impressive rookie season last year and already carved out a role as an elite catch-and-shoot threat. He was 11th in the league in 3-point % coming in at 43% and was only one of two players to make at least 167 threes on less than 400 attempts (Joe Harris, reigning three-point champion, was the other), and that was only his rookie year! With Kawhi and PG in the mix now, he should get even more open looks.

Ivica Zubac was a late season addition to the LA Clippers from hometown rivals the LA Lakers. Zubac is projected to start at center next year and expand on his promising numbers from the end of last season. Since joining the Clippers, and only playing around 20 mins per game, Zubac logged 9.7 points, 7.7 rebounds and 1 block per game. These numbers are actually very solid considering Zubac is only 22 years old and joined the team mid-season with little to no time to integrate himself into the rotation. Now with a full off-season under his belt he should be even more familiar with the team offense and defense.

The sky’s the limit for this Clippers team and they have real championship aspirations. The new additions of Kawhi Leonard and Paul George have soaked up all the press but do not sleep on the rest of this ultra-talented Clippers roster. This Clippers team is as deep as the pockets on their energetic owner. It’s going to be a fun season.

Is the Bulls’ Legacy Beyond Salvage?
Getting Down To The Nitty Gritty Of The New-Look Brooklyn Nets