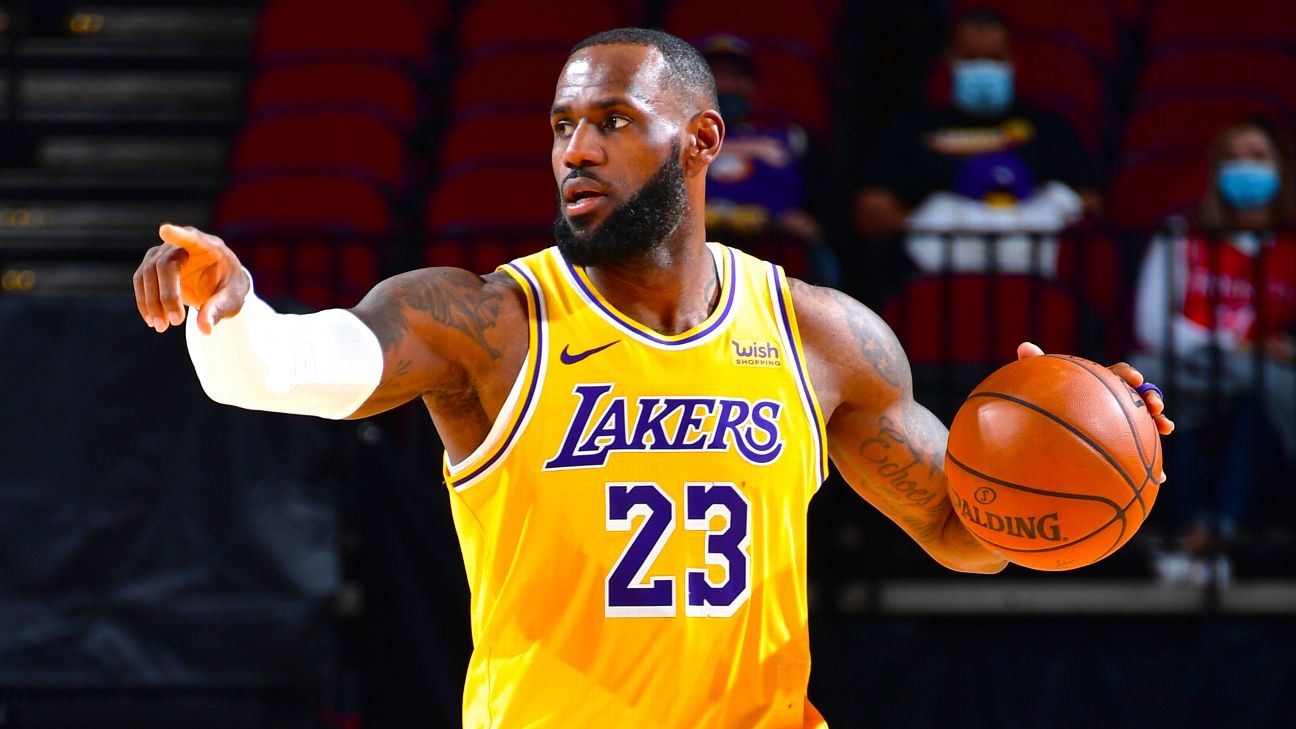 The Los Angeles are currently on a four game win streak after defeating the Charolette Hornets 116-105 Thursday night. On this win streak, LA looks to have found their chemistry again prior to the All-Star break. Before the leagues annual mid-season break, the Lakers lost six of their last eight games.

Much of the reason for the Lakers dropping all those games came as a result of Anthony Davis‘ injury. For a majority of teams, if they were to lose their second star they would face the same situation. However, the Lakers weren’t just without Davis, they were also without Dennis Schröder their third star. Though Schröder doesn’t have an All-Star or All-NBA accolades, he still has a huge impact on what LA does. His arsenal is vast, he can beat a defender with his speed, shooting or playmaking which makes him a tough guard.

Everybody Is Stepping Up

Provided that Davis is still out, Schröder has taken the number two option and ran away with it. The Lakers are 12-1 this season when LeBron and Dennis are playing without Davis. That in itself is impressive because of the amount of impact that AD bring to the floor. Not to mention that Kyle Kuzma has had quite a remarkable season himself this year. In his last five games, Kuzma is averaging 18.8 points, 7.8 rebounds and 2.4 assists. Kuzma has also stepped up his game on the defense end, moving his feet more, getting in the passing lanes and rebounding.

The other two Lakers who have also stepped up big as a result of Davis’ injury are Montrezl Harrell and Markieff Morris. Both have been playing spectacular basketball past last couple of games. Morris is averaging 8.5 points and 6.5 rebounds during the win streak. However it’s his three point shooting that’s been getting the job done for LA. Morris is 50% (6/12) from behind arc which is helping the Lakers stretch out the floor creating open lanes to the hole. As for Harrell, he’s been on a tear as of late averaging 19 points and 6.5 rebounds on an impressive 68% field goal percentage during the win streak. Should everyone continue to bolster their play, it gives Davis the much needed time to fully recover before returning.

LeBron James is always topic when speaking on who should be the league MVP. As always, James is nearly averaging a triple a double for the season at 25.8 points, 8.1 rebounds and 8.0 assists. Prior to the All-Star break, James was regarded by many as the front runner to win MVP this year. However, talks simmered down during the losing streak and the improve play by Joel Embiid and James Harden. Not to mention that LeBron lost to Harden in their head-to-head matchup in Los Angeles. In addition Embiid suffered a leg injury that has him sidelined for the next few weeks. This in itself will hurt Embiid’s chances to win the award this year due to the amount of games played.

James was asked by reporters on what does the MVP award mean to him and how he feels about not winning it for a while.

Kyle Kuzma chimed in on his thoughts regarding James’ lack of MVP’s saying James “should have been MVP 8,9,10 times. Everybody knows that”.

As stated earlier James played without his second and third option. If Dennis never succumbed to health and safety protocols, the Lakers would still be the one seed right now. Henceforth since Dennis’ return, the Lakers are now one game behind the Utah Jazz for the one seed. This comes as a result of the improved play from James and the supporting cast as a whole.