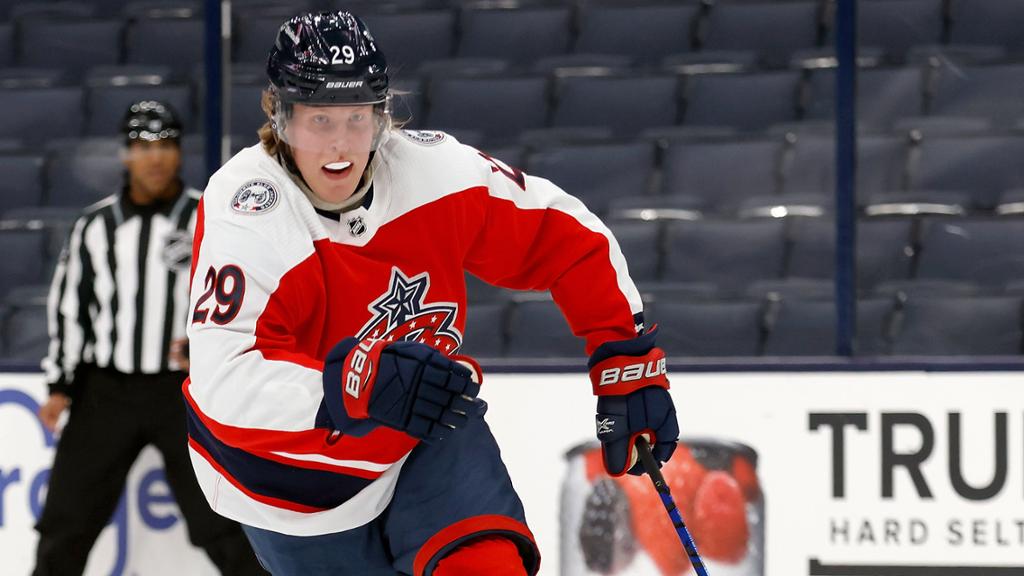 It’s only been around two weeks since the Winnipeg Jets sent Patrik Laine and Jack Roslovic to the Columbus Blue Jackets, but so far, Columbus is already reaping the benefits. Laine scored in just his second game with the Blue Jackets, then followed that up with two goals in his third game with the team. So far, he has three goals in four games while playing over nineteen minutes a night.

Columbus native Jack Roslovic has also been great for his new team, tallying seven points in seven games. Despite not playing a game with Winnipeg before the trade, Roslovic has been solid up the middle for the Blue Jackets, and his five assists rank second on the team. He was recently moved up to center the top line alongside Laine, and scored a beautiful game winning goal Monday night.

Winnipeg’s Pierre-Luc Dubois, acquired in exchange for Laine and Roslovic, is expected to make his debut for the Jets on Tuesday. Dubois has been quarantining due to Canada’s COVID-19 protocols but is expected to center Winnipeg’s third line in his first game.