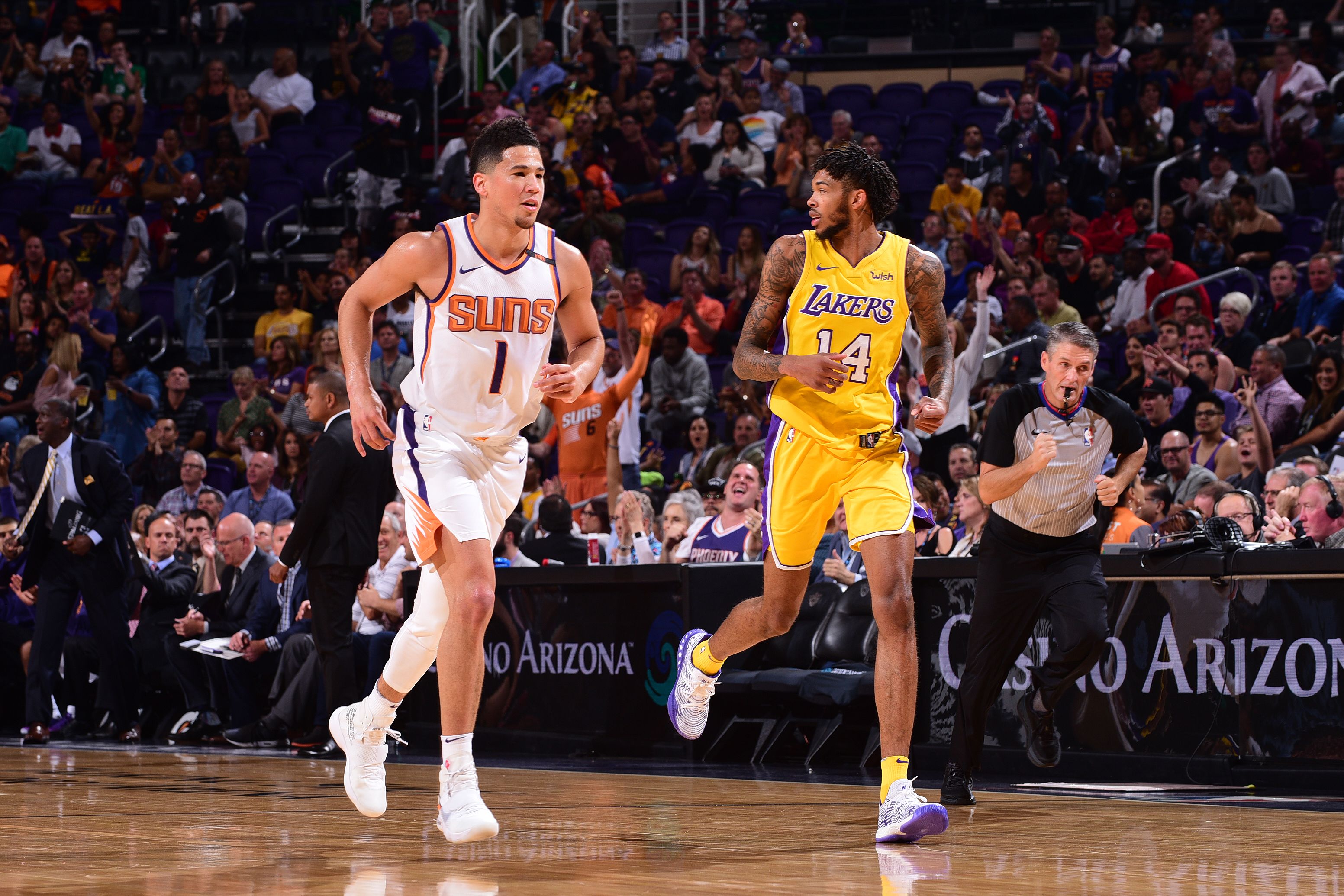 What makes this game relevant? Respectively for the Los Angeles Lakers (LAL) and the Phoenix Suns (PHX) they both are the position of battling their own narrative each contest.

Coming into this game, the Lakers play strong favorites to win but the Suns have been ones to play stellar upsets versus all their opponents this season. Leading their respective teams in scoring Shooting Guard (SG) Devin Booker at 24.5 and Small Forward (SF) LeBron James at 28.1 points per game (ppg), they both are heavily relied on by their teams.

With comparable assists per game (apg) and field goal percentages these teams depend too much on the same strategy to win: offense.

However, both teams are allowing opponents to put up 110 plus ppg, making them rank as two of the top-10 worst defensive teams. Relying on the offensive side of the ball has generally been their fault to heartbreaking losses this season but with strategic defensive aggression one team will blow-out the other.

For the Lakers (13-9), they haven’t been consistent enough to be considered elite. They keep falling into the bottom half of the Western Conference standings because of of losses to teams that they under perform against. With consistent wins they can gain traction up and gain tier level of the  Los Angeles Clippers (LAC), Oklahoma City Thunder (OKC), and Golden State Warriors (GS).

Adding a win versus the Suns will make it three games in a row, which will put them into the middle of the standings: setting off a breakthrough for a team expected of more.

The Suns (4-18) have two shining team stars in Booker and Center (C) DeAndre Ayton, that’s it. They sit seven games back the playoff race and 11.5 games behind the first overall Clippers according to ESPN.

Ever since trading Point Guard (PG) Brandon Knight and waiving back-up (PG) Tyler Ulis, the Suns have no identity for orchestrating the offense. Booker is leading the team with seven assists per game thus far doubling his career average, but is not a true point guard. He’s the leadership this team relies on, the scorer and the player who has the ball on last minute possessions.

Booker is still considered day-to-day with hopes of seeing the floor versus the Lakers.

Every win matters and chipping away at their standing deficit can quickly bring hope to their season. Booker is ready to play in April, May, and June however his team needs to pick up their slack.