Lakers Get Their Rings But Not the Win 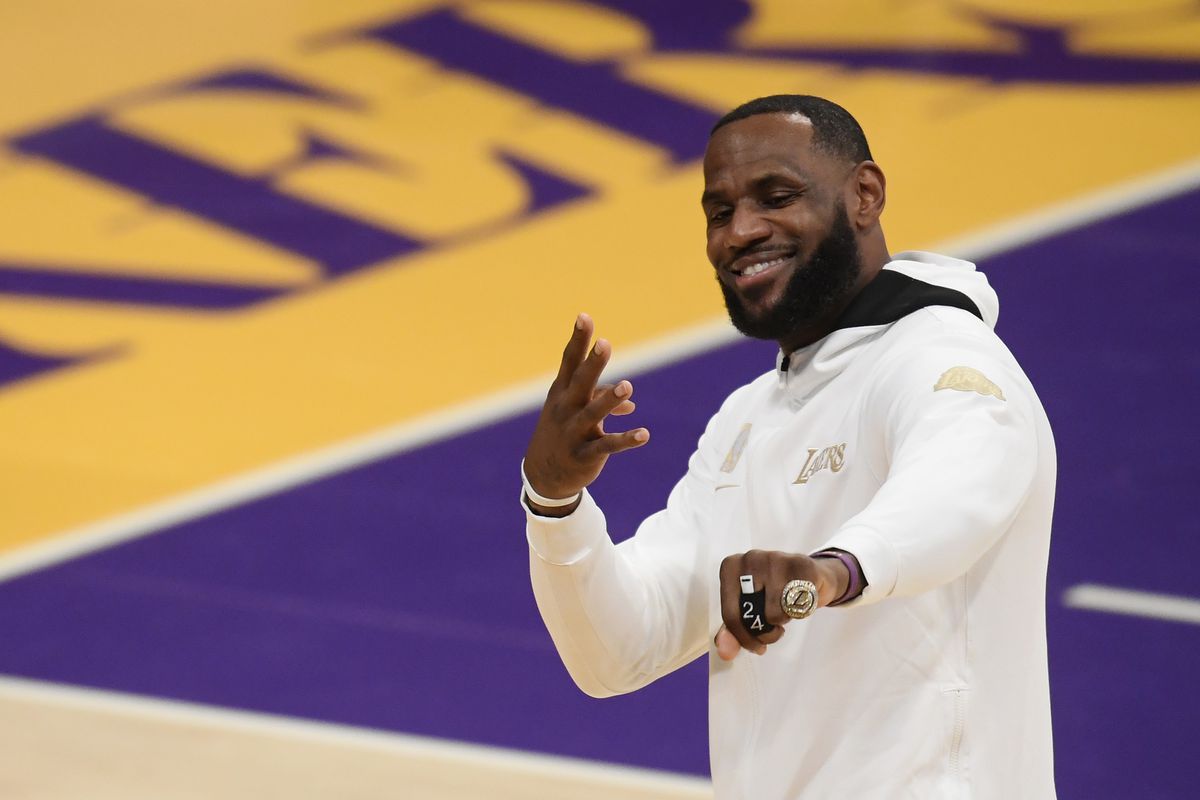 Tonight was a night of celebration for the LA Lakers as they received their championship rings after winning last years NBA Finals. The organization decided not to unveil their 2020 championship banner until fans are able to return to Staples Center

The Clippers Stars’ Came to Play

Paul George and Kawhi Leonard came to play tonight. Being eliminated in last season’s playoffs in one of the most embarrassing fashions, the Clippers have a chip on their shoulder. Not to mention that the Clippers’ duo face the most pressure this season.

George who signed a four-year $190M extension this offseason was laser focused tonight. Paul had an efficient shooting night going for 33 points while going 13/18 from the field. Each time Leonard hit the bench, George would light up the Lakers from behind the arc and at times looking like his 2018-2019 form.

Leonard on the other hand had a bit of a struggle scoring tonight. Despite having 26 points, it took for him to shoot 26 times to get there, making only 10. Although it maybe, Kawhi looked comfortable in the triangle. Just as Kobe Bryant and Michael Jordan in that role, Leonard was lethal from the post/mid range, fading away as if he were those two players.

No Need to Worry

Despite the loss to the Clippers, there is no need to worry. This is only the first game of the season and the Lakers had the shortest resting period in the league (besides the Miami Heat).

Assembling a new team in the leagues shortest off-season can be harmful to any contenders a few ways. They must understand there will be growing pains in the process. However, in tonights game these mistakes are easily fixable.

The duo of Montrezl Harrell and Dennis Schröder looked great side by side. Just as many believed these two played the pick-and-roll effortlessly. Dennis would give the pocket pass to Harrell every time he rolled to the basket. Both combined for 31 points, 22 rebounds and 11 assists.

Talen Horton-Tucker was the real winner in tonights loss. Though some believed Schröder should have been on the floor in the fourth quarter, THT needed to be out in the fire. The pick-and-roll play of Harrell and Schröder had been killing the Clippers all game but Vogel went in the other direction. In a gusty move, Vogel believed Horton-Tucker’s versatility would affect the game in his favor. That wasn’t the case tonight, but it’s good for the second-year guard to get minutes in crunch time especially if he earns a spot in the rotation.

If there were any causes of concern tonight, it would be the lack of rebounding from the second unit. Dwight Howard filled the back up center position last season and was a rebound machine wavering 7.3 rebounds. There would be one instance where the Clippers grabbed a few offensive rebounds which would result in a three pointer.

Another concern would be the line ups going in for the rest of the season. As we all knew, Dennis Schröder made it clear that he would be a starter while here in Los Angeles. Amongst the starters, Schroder was effective with his quick first step and catch and shoot ability. However, it was with the second unit where Schröder excelled. As I’ve said earlier the connection between both he and Harrell was evident.

What To Build On

Besides the 19 turnovers, the Lakers showed the potential of what they could be, a fast paced defensive juggernaut. The majority of tonight’s turnovers were a result of miscommunication. Once the team becomes acclimated, turnovers should occur less often.

In addition there were a number of missed shots from the perimeter. But this isn’t a cause of cancer either, keep in mind this is only the first game of the season. In a regular year, we would still be in preseason.

Not to mention that the Lakers are in the same exact position they were last season’s opening night. The Clippers came out as the better team in that instance but who came out on top in the end? Hopefully history can repeat itself once again, with another title.

Superstar LeBron James did hurt himself in tonight’s home opener spraining his ankle in the first half. The ankle sprain occurred when James attempted to block Ivica Zubac but stepped on his foot instead.

“I turned it pretty good, but I don’t think it’s going to stop me from playing on Friday,” James said, “So, have a couple days, you know how I am about treatment, so I’ll do that around the clock and I think I should be fine by then.”

The Lakers face off against Luka Doncic and the Dallas Mavericks this Friday on Christmas Day. With James undergoing treatment as we speak, expect him to be suited up on Christmas.