How the Lakers Get Back To Their Winning Ways 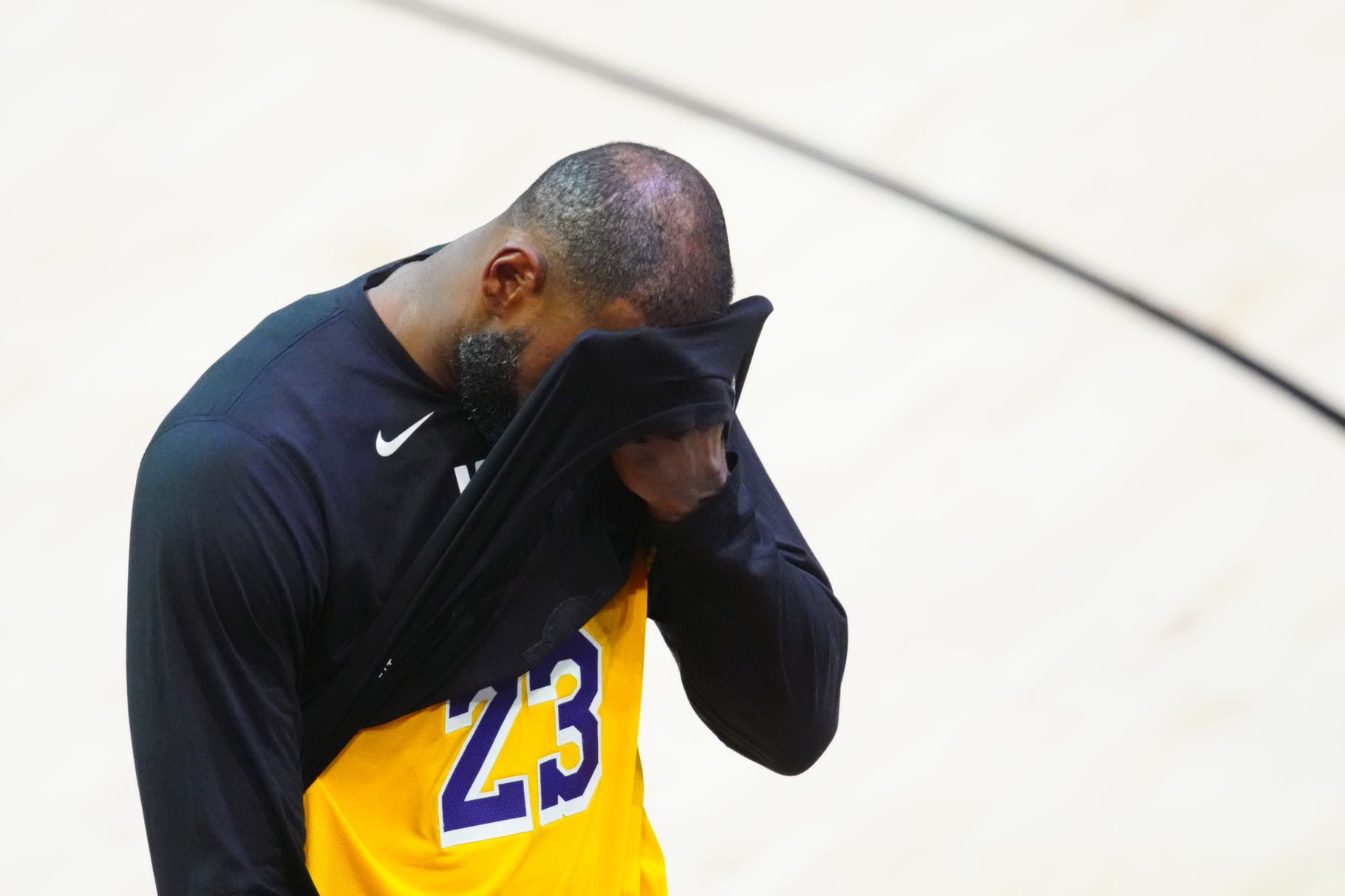 After a hard fought series with the Phoenix Suns, the Los Angeles Lakers are now in offseason mode. Although the team lost in disappointing fashion, fans never had the opportunity to see this team fully healthy. They showed flashes of what their potential could be, especially on the defensive end, but could never keep the rhythm going for an entire 48 minutes.

Injuries played a key role in how the season unfolded, especially with LeBron James and Anthony Davis out for long periods of time. Keep in mind that Los Angeles had the shortest offseason in NBA history and rarely held practices to get acclimated as a unit. Now with the offseason ahead of us, a mental and physical break is exactly what the Lakers need.

How the front office handles free agency is going to be important if they want to get back to championship status. First things first, the team needs to get younger and find shooters. If it was one thing that killed LA this year, it was the abysmal shooting from three. Starting off hot in the beginning of the season, Kentavious Caldwell-Pope and Alex Caruso were among the top in three point percentage. Unfortunately, the two also went on long cold stretches such as in the playoffs. Wesley Matthews who many view as a knockdown shooter struggled for a majority part of the year as well. However, this is due to a lack of consistent minutes played which affected his rhythm.

Here’s a list of players from the Lakers’ roster who will hit the market this offseason:

There are a few names on this list that the Lakers should consider bringing back. The first couple of names that stick out are Alex Caruso, Talen Horton-Tucker and Markieff Morris.

Caruso should return for the simple reason that he is the energizer of this team with his non stop hustle and highlight plays. He also has shown that he is able to fit well alongside James and Davis on the floor. Next is Horton-Tucker due to his youth as well as the high potential he brings to the table. Turning 21 in November, THT is the youngest player on the Lakers roster and showed flashes of what he could be. Lastly, Morris brings a necessary sense of toughness and grit to the team . Last season, Dwight Howard played the enforcer role to perfection for LA. However with Howard gone, Morris took the role upon himself and had his moments in protecting his teammates and playing hard nose defense. In addition Morris is able to shoot from the perimeter when given the opportunity. Just as Matthews, the lack of consistent minutes hurt Morris’ rhythm.

When the Lakers traded for Dennis Schröder last offseason it was viewed as a Grade A deal. Schröder was coming off his best season in the NBA, even though it was off the bench. It seemed that Schröder found his rhythm and was ready to put that on display on the biggest stage in the NBA alongside James and Davis. Throughout the year, Schröder showed promise for the Lakers with his shooting, speed, hustle and tough defense. However, it was his attitude that killed him in the end. Once he rejected the Lakers 4-year $84M extension because he was looking for more money, it seemed to rub the team the wrong way. When the playoffs came around where players generally earn those nine figure contracts, Schröder laid an egg. After Davis went down in Game Four, Schröder was expected to step up in his place. Instead he couldn’t find a way to get things going.

Schröder has openly said that he wants to return to the Lakers, saying that he has unfinished business with the team. However, his actions speak differently as he removed “PG for the LA Lakers” off his bio prior to Game Six.

Lakers legend Magic Johnson stated that he doesn’t see Schröder as a Laker but would support the German point guard should he return to LA. We’ll have to wait and see what both parties do this offseason. Don’t expect Los Angeles to break the bank for Schröder.

Andre Drummond is another name that sticks out right away for many reasons. First is that he was the Lakers biggest midseason acquisition via the buyout market. Many predicted him to be the solution for the Lakers problem at the center position. Although he did have flashes of brilliance, he also made quite a few bonehead plays. His lack of footwork and offensive minded game is what hurt the Lakers down the stretch.

When given post touches, he usually would stumble and lose the ball once he made contact with his defender. He did show that he was a force in the rebounding department on both sides of the floor. A majority of his points generally came from put backs or dump off passes from the pick and roll. Another struggle that Drummond had was staying on the floor. It wasn’t that he was injured, but rather he would commit baffling fouls for no reason.

However, above all those things, that wasn’t the biggest surprise from Drummond. It’s been reported that Drummond was promised the starting center position if he signed with the Lakers. Although Marc Gasol was struggling at the time of this signing, looking back he was a better fit for Davis. The only reason for this is because Gasol has the ability to stretch the floor unlike Drummond who clogs the paint which is where Davis does a majority of his damage.

The Lakers have another important offseason ahead of them should they return to their winning ways. What they do have going for them is that they have a head start in recovering now they are out of the playoffs. Both James and Davis will have the necessary time to get their bodies right as the NBA is going back to its normal schedule following the end of this season.