Lakers Give Their Thoughts On Kenosha Ruling 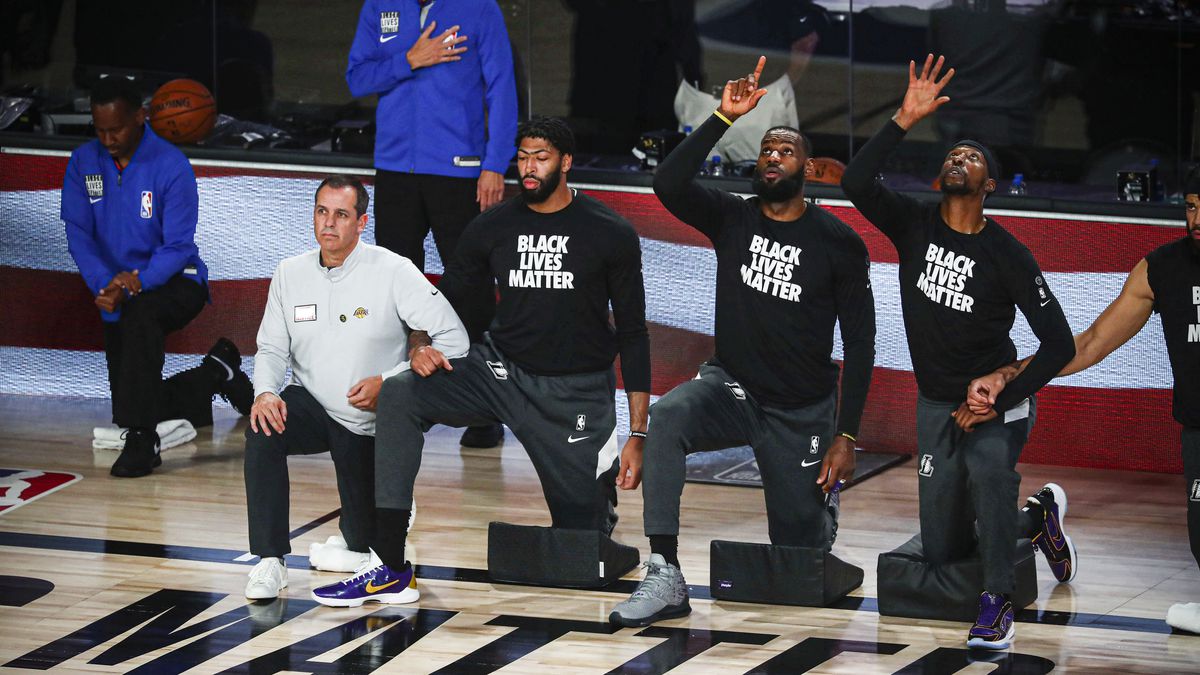 The Los Angeles Lakers defeated the Memphis Grizzlies 94-92 Tuesday night to close out a two-game series. However, it wasn’t the victory that was the main focus for the Lakers. Instead it was their reactions towards prosecutors deciding not to file charges on the officer who shot Jacob Blake this past summer in Kenosha, Milwaukee.

Jacob Blake, who is African American, was left paralyzed after being shot in the back on Aug. 23 by Kenosha police officer Rusten Sheskey, who is white.

The entire NBA advocated the “Black Lives Movement” after multiple cases of police using excessive force on African American citizens. Multiple players around the league participated in protests to voice their thoughts on the wrongdoings of police officers. Not to mention that the players as a whole decided to boycott the remainder of the playoff after first hearing of the Jacob Blake case. The Milwaukee Bucks were the first team to sit out during the first round of the playoffs following the news.

“I’m smart enough to know that even though we are playing a game of basketball that there’s so much more going on in the world,” LeBron James said. “So much more that’s even more important than us playing a game. To hear what happened in Kenosha today was a blow to the heart and to the gut, not only to that community, but to us and to every Black person that has been a part of this process, seeing these outcomes for so long.”

James and company sparked a plan that the NBA would aid in by allowing for team arenas to be used as polling places, stamping the hardwood floor with “Black Lives Matters”, as well as creating commercials to promote the upcoming election. In addition, James created his own movement “More Than A Vote”, which would allow for minorities to understand how important voting is and how it could force a change.

Lakers guard Wesley Matthews, who is a Wisconsin native, felt hurt behind the ruling of not prosecuting the officer.

The Bucks gave a statement earlier on Tuesday regarding the ruling and their stance on it.

Hopefully the league won’t see any boycotts this time around. Only time will tell how players will respond to this decision.

Dawg Pound Report: The Browns Make the Playoffs For the First Time in 18 Years, and Everything That Could Go Wrong, Has
NFL REACHES MORE THAN $95M IN CONTRIBUTIONS TO FURTHER ADVANCE SOCIAL JUSTICE