Lakers Have Yet to Hit Their Potential 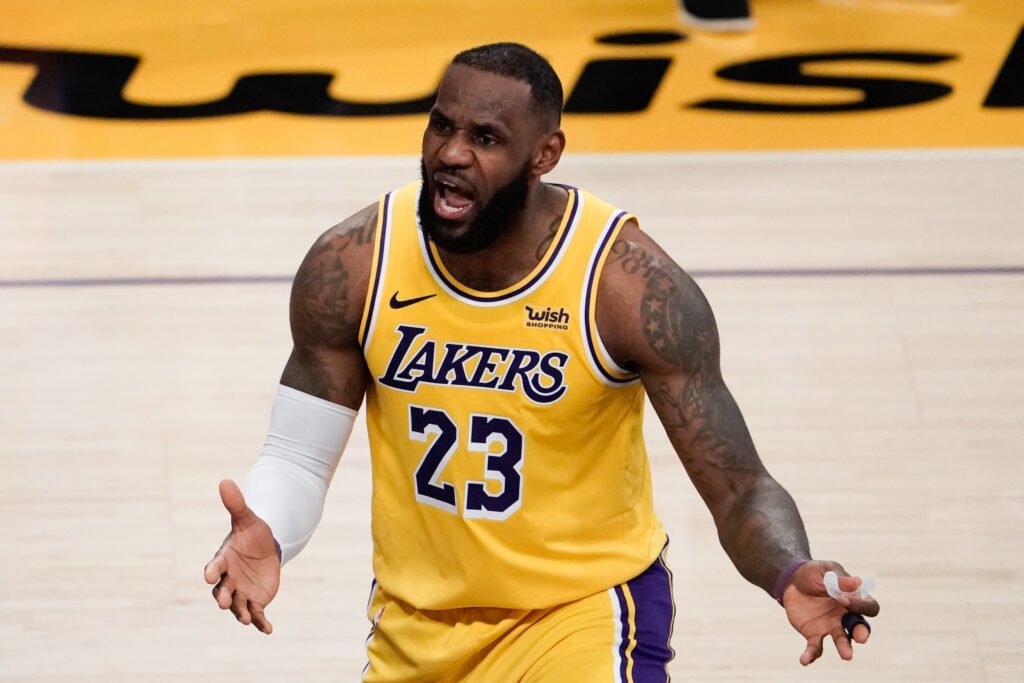 In a potential NBA Finals matchup, the Los Angeles Lakers defeated the Milwaukee Bucks 113-106 in  their most recent game.

It was the first meeting between reigning MVP and Defensive Player of the Year, Giannis Antetokounmpo and LeBron James, since early March before the NBA season was shut down. It was at this moment where the MVP race was getting a bit interesting as James was looking to cement his claim for a fifth time. Giannis did win the MVP last season, but it was LeBron and the Lakers who were last standing as champions.

“It’s never been about individual (honors),” said James. “It’s all about the team’s success. That’s all that matters. …  I just want to play well and help our team versus any opponent. That’s what it’s all about.”

Closing Out the Bucks

After choking in the fourth quarter of their last game against the Golden State Warriors, the Lakers needed to bounce back immediately. Looking at it now, this is the exact type of game the Lakers needed, a hard fought physical game with another contender. Though the score would be close throughout the entire game, the Lakers pulled away in fourth after James hit a dagger three at the 1:04 mark.

The Lakers currently hold the best record in the league at 12-4  and are among the league best in nearly every statistical category. But what makes this team so dangerous for the future is that they have not even begun to hit their stride.

“We rewarded great passing with shot confidence,” Lakers coach Frank Vogel said. “In particular KCP and LeBron in some instances. You have to take what the defense gives you. We have a ton of shooters on this team and if we make the extra pass, we have a chance to get hot.”

Now on the offensive end, the Lakers are also among the best in a few categories most specifically three point shooting. Coming into this season, the Lakers lack of shooting was a cause for concern however, that ship has sailed. The Lakers stand at 3rd in 3pt percentage at 40% thus far. As of right now, Alex Caruso (57.1) and Kentavious Caldwell-Pope (56.9) are among the top five in three point percentage. LeBron James has improved on his three ball as well as he is at 39.6%.

There have been flashes of excellence during these first 16 games of the season. Such as the communication on defense with players talking on switches or screens or players sacrificing their bodies to take charges. Not to mention that we have seen what this team can be on offense. As the game goes on, it is quite evident that everyone does truly enjoy being around each other.

There is that sense of comradery and childlike fun that was there during last year’s championship run. Whenever someone goes down, they wait until the entire team comes over to help them up, benches going berserk whenever a highlight play occurs or speaking on what someone saw during a dead ball.

Anthony Davis, who is another leader on this team, made his voice heard after some horrendous defensive play earlier in the seasons, saying that neither he nor the team “didn’t play a lick of defense” after a loss to the San Antonio Spurs.

If this shows anything, it is that the captains are not afraid to speak their minds and will hold everyone accountable just as they want it done to them. This only occurs once a team is comfortable together and plays for each other rather than themselves.

The only things that are concerning the Lakers going forward are the amount of turnovers that they are giving up during games and the offense going cold during close games in the fourth quarter. As I have said many times thus far this season, turnovers should continue to drop lower each game as the team is still understanding players strengths and weaknesses.

However, it is when the offense goes cold in the fourth that is quite alarming. James and the Lakers have chances to close opponents but instead allow them to creep their way back late in the game. Such as against the Memphis Grizzlies, the Lakers were too lackadaisical with the ball towards the end allowing the Grizzlies to creep back into the game. If the Lakers want to repeat, they must fix these issues and continue to have their foot on the gas for 48 minutes straight.