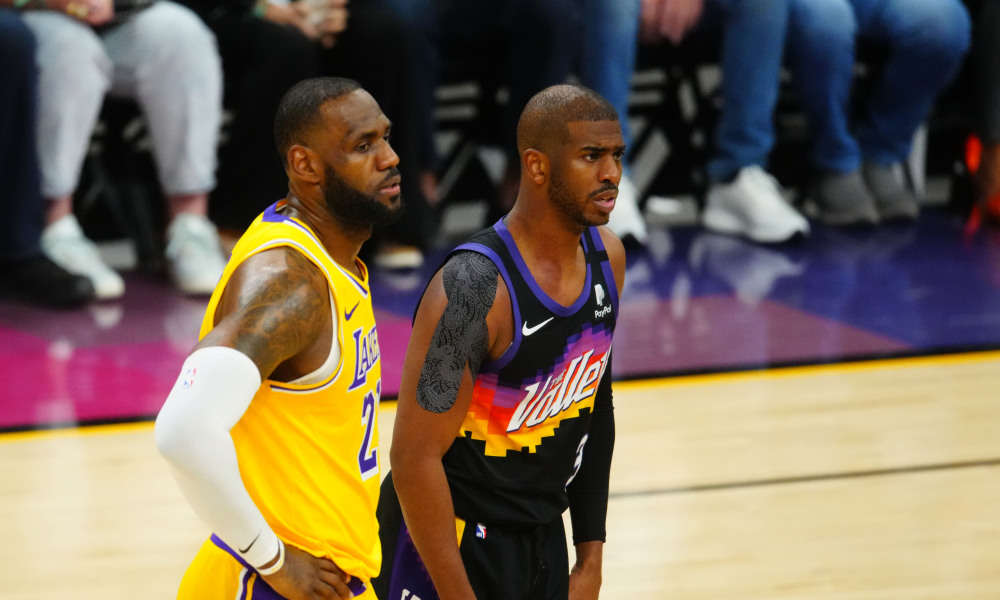 The Los Angeles Lakers flat out stunk in Game Five against the Phoenix Suns losing 115-85 Tuesday night. Although the Lakers were down for a majority of the game, they came out with energy to begin the game. LeBron James looked as if he was going to have one of those memorable games after hitting his first three shots in the first, but that didn’t occur whatsoever. It wasn’t until the second quarter where the Suns went ballistic that the game went out of hand. Now facing elimination, LA must go into Game Six with a mission to extend the series to a seventh game.

Coming into Game Five, the Lakers were already in a tough situation without Anthony Davis playing. Not to mention that Kentavious Caldwell-Pope re-injured his quad in Game Five. With two of the team’s best perimeter defenders hobbling, it was a long night for LA defending Devin Booker. The rising superstar opened the game with an 18 point first quarter shooting 70% from the field. Eventually he ended the game with 30 points, seven rebounds and five assists in 33 minutes. However, it was the way he got to this stat line that was impressive in itself. Throughout the night, Booker was patient with his shot selection and reading the defense effortlessly after coming off the high screen. Just like the entire series, the Lakers could not find an answer to stop Booker from penetrating. Booker was due for a performance like this after playing subpar in the previous two matchups.

It was said that Suns Head Coach Monty Williams wanted to sit Chris Paul before Game Four in order to rest the injured shoulder. In the end, Paul convinced Williams to let him play and the rest was history. Paul looked healthy and was able to look like his old self. His shot looked fluid, he was able to penetrate the defense and absorbed contact on the drive. Paul finished Game Four with 18 points and nine assists to go along with the victory.

Fast forward to midway through the third quarter of Game Five and Paul went down after a collision with Wesley Matthews. Although there seemed to be no intention from Matthews side, he did make solid contact with Paul when trying to box out for an offensive rebound. Many will look at this as a mistake from the coaching staff for the simple fact as to why was Paul out there in the game still? The Suns were up by 33 at this point and had all the momentum in their favor still. Paul did not return to the game following his two free throws and status is up in the air for Game Six.

With Anthony Davis out, Los Angeles needed someone to step up and make contributions. Although there is no replacing Davis’ presence or production entirely, the goal was to have someone not named LeBron James be effective. Tonight that was not the case as it has been for a majority of the series.

The logical answer as to who many would expect to step up would be Dennis Schröder. Midway through the season, Schröder turned down a 4yr/$84M contract extension by the Lakers in hopes for a larger pay day. Usually it’s during the playoff where players generate their big pay days. However, in these past two playoff losses Schröder isn’t living up to that nine figure contact he hopes for. In Game Four Schröder was abysmal, only scoring eight points on 23% (3/13) shooting. It only got worse for Schröder in Game Five as he went scoreless (0/9) with four rebounds and one assist. What stands out about these stat lines is that Schröder did not go to the free throw line one time. This is shocking because someone of Schröder’s caliber should not be playing in this manner, especially when the Lakers needed him the most.

When the Lakers traded for Anthony Davis, Kyle Kuzma was thought of to be the Lakers third star. In the two years playing alongside both James and Davis, this hasn’t come to fruition. Kuzma has had instances where he’s shown promise but his ultimate problem is consistency. In addition it’s also been that he has had a problem with his shot selection. However, the trigger friendly Kuzma hasn’t looked to shoot the ball entirely in this series. For some odd reason, Kuzma has been passive much of the time after receiving the ball. In the end this is hurting the Lakers because LA needs Kuzma’s aggressiveness for the offense to get things going.

Although Kuzma did begin to get things rolling in Game Five, it came during garbage minutes when the game was already out of reach. If Kuzma can play off of that and bring that aggression/shot making to Game Six the Lakers may have some hope. Should Kuzma have another lackluster performance the front office may look to move him this offseason even though he recently signed an extension himself.

The Lakers have dug themselves into a hole. Although it isn’t a deep one, it’s one that is nearly shut. Now being down 3-2 to the Suns, there is uncertainty whether this group can bring things together after being blown out. However, if there is one thing that NBA fans should know, it’s to never bet against LeBron James. Also that the team must take things one game at a time. Davis’ status for Game Six is highly unlikely as is the uncertainty of Paul’s status for Game Six. With the Laker faithful in the stands cheering on the defending champs, there is optimism that if they are able to extend this to a winner takes all seventh game, the Lakers experience may play a major factor in the end result of this series.

Causes of Concern from the Philadelphia 76ers’ Loss
Looking on the Bright Side: The Washington Wizards