Lakers Offseason: Revamp For The Repeat 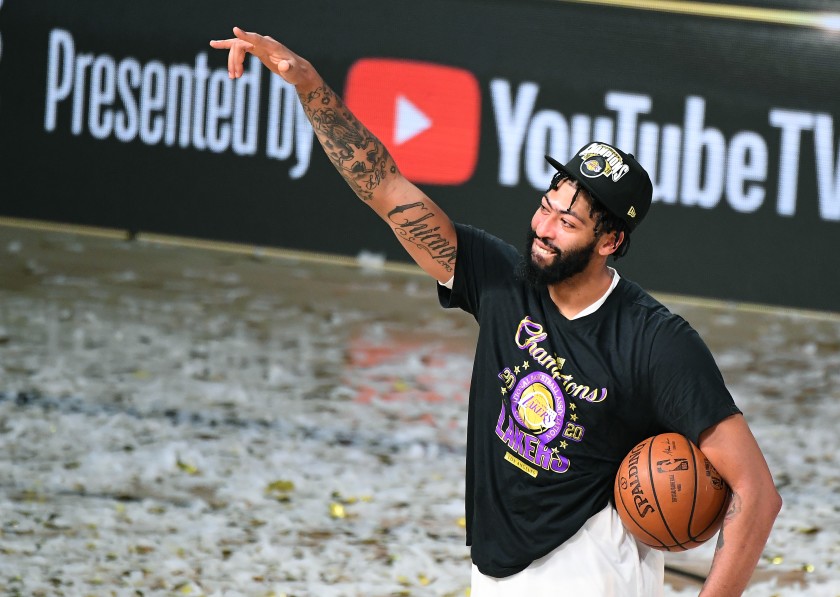 Now that the 20019-2020 season is over, the Los Angeles Lakers are heading into the offseason to revamp the roster. A majority of the Lakers’ roster were on short term deals. With either one year contracts or player options.

Last offseason, the Lakers did not want to commit long term to anyone not named LeBron James or Anthony Davis.

Fresh off their championship victory Rob Pelinka has decisions to make in order for the team to repeat.

Lakers big man Anthony Davis reportedly plans to opt out of his final year of his contract. It comes as no surprise to anyone as Anothony Davis plans to re-sign with the purple and gold. Davis’ player option is worth more than $28.7 M for the 2020-2021 season. Look for AD to become the next highest paid player in the league as soon as free agency begins.

Guards Rajon Rondo and Kentavious Caldwell-Pope are also planning to decline their player options according to Athletic Reporter Shams.

Had Rondo not declined his player option, the veternan would make $2.6 M this upcoming season. For KCP, he will miss out on $8.4 M had he stayed with his current contract. Both players were key pieces to championship season. Contributing on both ends of the floor as well as maximizing their play with LeBron.

Dwight Howard is another key piece that will hit the market as well. But unlike Rondo and KCP, he signed a one year deal last off season. The former All NBA center had a phenomenal year. Becoming a defensive anchor and hustle player for the Lakers. Should Howard look for more money and leave, there is a strong interest from Golden State to sign him.

If truly do wish to make a run at the title next season, they need to look at every option. Being able to revamp a championship roster is difficult in itself. However, if there is any team that can do it, it would be the Lakers.

Free agency originally was to occur on Oct. 18 at 6 p.m. ET. However, as Shams reported on Sept. 8, the NBA and National Basketball Players Association agreed to push back the dates for the NBA Draft, free agency and the start of the 2020-21 season.

D’Antoni To Coach in Brooklyn?
Deni Avdija to the Warriors: Scary for the Dubs or the League?