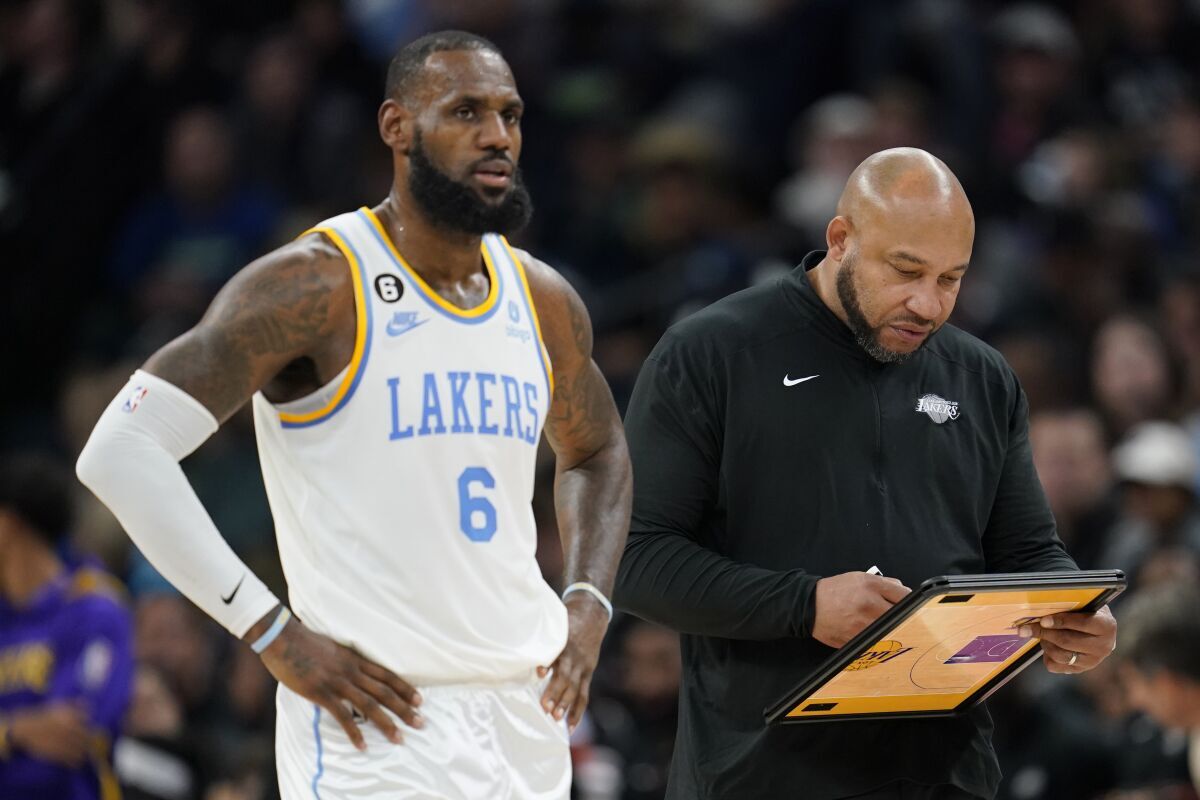 The Los Angeles Lakers have a lot more questions than answers. They remain winless in the young season after their latest loss to the Minnesota Timberwolves. This marks the team’s first 0-5 start since the 2014-15 season when the Lakers finished 21-61.

Why have they remained winless on the season? It’s pretty simple. They have the worst ranked offense in the league. They’re ranked last in points per game with 102.2 points. They also rank last in field goal percentage at 41.6% and 3-point percentage at 23.7%. While the Lakers have been pretty good on the defensive end with a 103.8 rating, ranking second best in the league, it still hasn’t been enough to overcome their dreadful offense.

LeBron James, who has not started 0-5 since his rookie season, remains confident that this team can eventually turn things around.

“Try to get better. Continue to play winning basketball,” said James. “I think our offense is harming us right now, I think defensively once again, we had a great gameplan. We went out and competed and gave ourselves a chance.”

He did acknowledge that the mood surrounding the team is down after the 0-5 start, saying it’s “human nature” and “none of us wants to lose”.

Anthony Davis missed his first game of the season against Minnesota due to back tightness. He’s averaging 24.0 points, 9.5 rebounds, 2.3 blocks, and 2.8 steals per game in the 4 games he’s played. Lakers will continue to monitor the state of his back ailment. He’s expected to play Sunday night against Denver.

Russell Westbrook came off the bench against the Timberwolves, his first time doing so in a regular season game since November 28th of 2008 as a rookie. Westbrook struggled mildly in his first three starts including a questionable late game shot against Portland, which he was heavily criticized for by the fans and media. He missed the road game against Denver with a hamstring injury. In his return against Minnesota, Westbrook looked far more comfortable and showed flashes of his vintage MVP caliber ability. Westbrook put up a solid 18 points, 8 rebounds, and 3 assists in 32 minutes of play. That seems to be the role that the Lakers will continue to have him in while he’s still on the team.

While there’s still hope that the players on the team can shoot better, the sample size is pretty clear that this is not an accurate team from behind the arc and changes will have to be made in order to compete in the Western Conference. How soon will those changes be made is the biggest question. Will it be soon enough to save the Lakers season? Only time will tell.