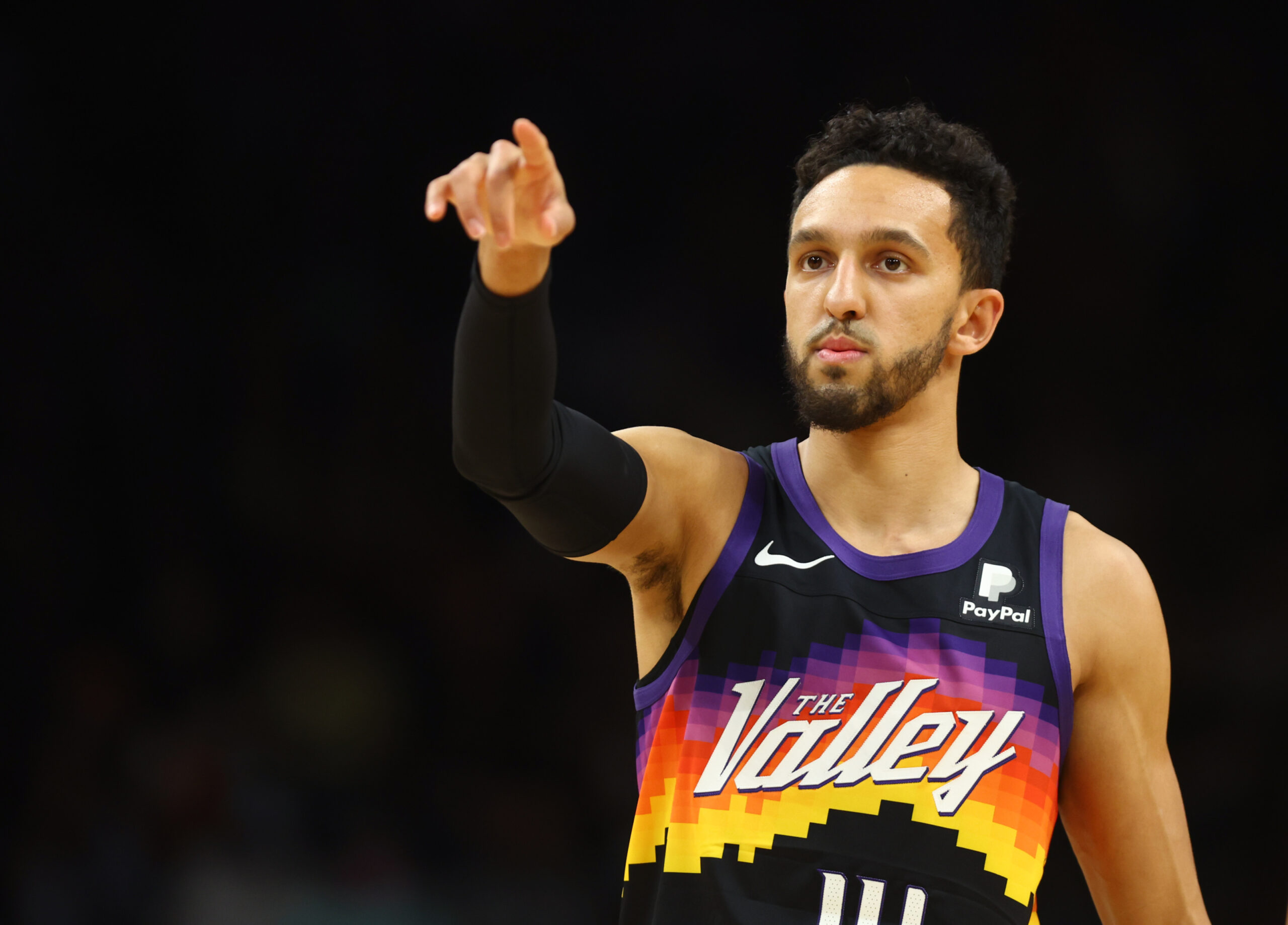 After being acquired by the Phoenix Suns in a trade last offseason, Landry Shamet looks forward to year two with his same squad after an inconsistent 2021-22 season.

The 2022 Suns’ Media Day was filled with interesting storylines and narratives.  Although team owner Robert Sarver, Crowder, and Dandre Ayton consumed a majority of the news, Shamet surprised most by stepping up to the podium to discuss his rollercoaster-like career so far.

Shamet is known as one of the best catch-and-shoot 3-point marksmen in the league.  Shamet has shot 39% from three over the course of his career, however, hiss shooting percentages have dipped each year since he’s been in the league. He revealed that last season was difficult because “mentally” he wasn’t there.

“Truthfully a lot of the time last year my mind, stepping into games, wasn’t all on basketball,” said Shamet.  “I’ll be the first to tell you, the year I had last year (…) that’s not what I’m capable of.”

Shamet averaged a career-low in points, field goal percentage and three-point percentage in his first year with the Suns.  Besides the fact that he had been traded multiple times in his early career, his love for the game never dwindled.  His struggles on the court stemmed from a non-basketball related subject.  He candidly spoke of meeting his father for the first time this past fall, along with his father’s other family which included three new siblings.

“Truthfully, I haven’t spoken on it yet. I connected with my father for the first time last year,” said Shamet. “Only child, single mom my whole life, it’s life-changing. Putting myself in that position, I think I underestimated all that would come with it.  Things that would go on internally.”

Shamet feels he’s in a much better place mentally after rekindling his relationship with his father and siblings.

“I was with family all summer.  Getting to know my siblings. I love them to death,” said Shamet.  “It’s been the coolest situation for me ever.  It gives me purpose.  I don’t care what anybody says about me.”

Shamet has never been this anxious for an upcoming season.  He feels as if his mind is finally clear, to a point where his only focus is basketball.  He’s expected to be a secondary playmaker for the Suns this upcoming season, handling the ball much more than he has in the past. This feel good story won’t only benefit the average fan, but Shamet himself.

While the 25-year-old will face some minute pressure, expect him to have a career year.  Shamet finally was able to stay put during an offseason.  His familiarity within the Suns’ system should help improve his shooting splits knowing that his mind is as clear as ever.