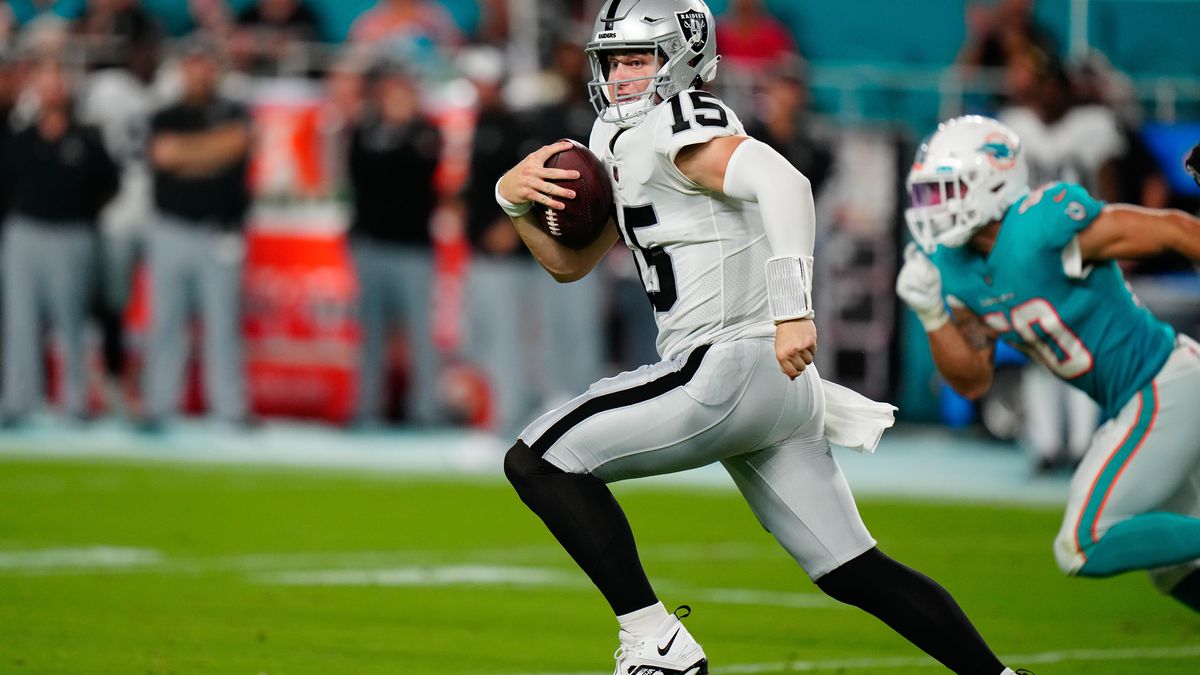 The Las Vegas Raiders played through many issues last year, had the Henry Ruggs car accident that killed Tina Tintor and Jon Gruden emails that leaked, forcing him to resign. Still, the Raiders focused up and managed to make the playoffs.

Quarterback Derek Carr helped lead the way with his 4,804 passing yards, along with Josh Jacobs running hard down the season’s final month. But unfortunately, the Raiders’ season ended in the playoffs with a loss to the Cincinnati Bengals.

As for this upcoming season, the Raiders have a new regime in place with general manager Dave Zeigler and head coach Josh McDaniels. Both came over from the New England Patriots and will look to get the Raiders to the next level.

The Raiders traded for w.ide receiver Davante Adams from the Green Bay Packers. He is the best receiver in football and good friends with Carr. Adams caught 123 passes for 1,553 yards and 11 touchdowns; he should help open up the Raiders’ offense.

Chandler Jones will be a significant addition to the Raiders’ defensive line with his veteran leadership. He had 10.5 sacks last season; Jones is older but still has a lot left in the tank and should be a force on the field for the Raiders.

Casey Hayward was one of the best cornerbacks in the NFL last season; his leadership will be missed. Fullback Alec Ingold was one of the team captains and will also be missed. Ingold did a lot for the team and the Las Vegas Community. Lastly, Yannick Ngakoue‘s quickness of the ball as an edge rusher was outstanding. He had ten sacks for the Raiders last season.

Hunter Renfrow could have an outstanding season playing with Adams and tight end Darren Waller; Adams and Waller could get most of the defense’s attention, opening things up for Renfrow. Last year Renfrow caught 103 passes for 1,038 yards and nine touchdowns. With the way McDaniels uses slot receivers, a big season could be ahead for Renfrow.

Josh Jacobs played well down the season’s stretch; he rushed 324 yards over the final three games. Jacobs could have an outstanding season with all the Raiders’ receiving threats on offense. Opposing teams will not be able to put eight in the box to stop the run.

Maxx Crosby is a beast; he never wants to come off the field and never seems tired. Crosby had eight sacks last year but had 30 quarterback hits and a ton of pressures. Expect Crosby to continue to get better and have more sacks this season.

The Raiders play the Los Angeles Chargers in the season opener; both teams have improved their rosters and will look to get off to a good start in a tightly competitive AFC West.

Las Vegas will take on the Kansas City Chiefs at home in the last game of the season. This could very well be a game-deciding who wins the AFC West.

The Raiders are playing the toughest division in football and will need to get off to a good start t maintain a good season. However, Las Vegas has the players to win the division and better coaching that is focused on discipline and attention to detail.

The Raiders offensive line needs to play better, the skill players are fantastic, but you are nothing without your offensive line. In addition, the defense will need to be aggressive and force more turnovers.

It should be an exciting season for the Raiders and their fans; it will be interesting to see how it turns out.