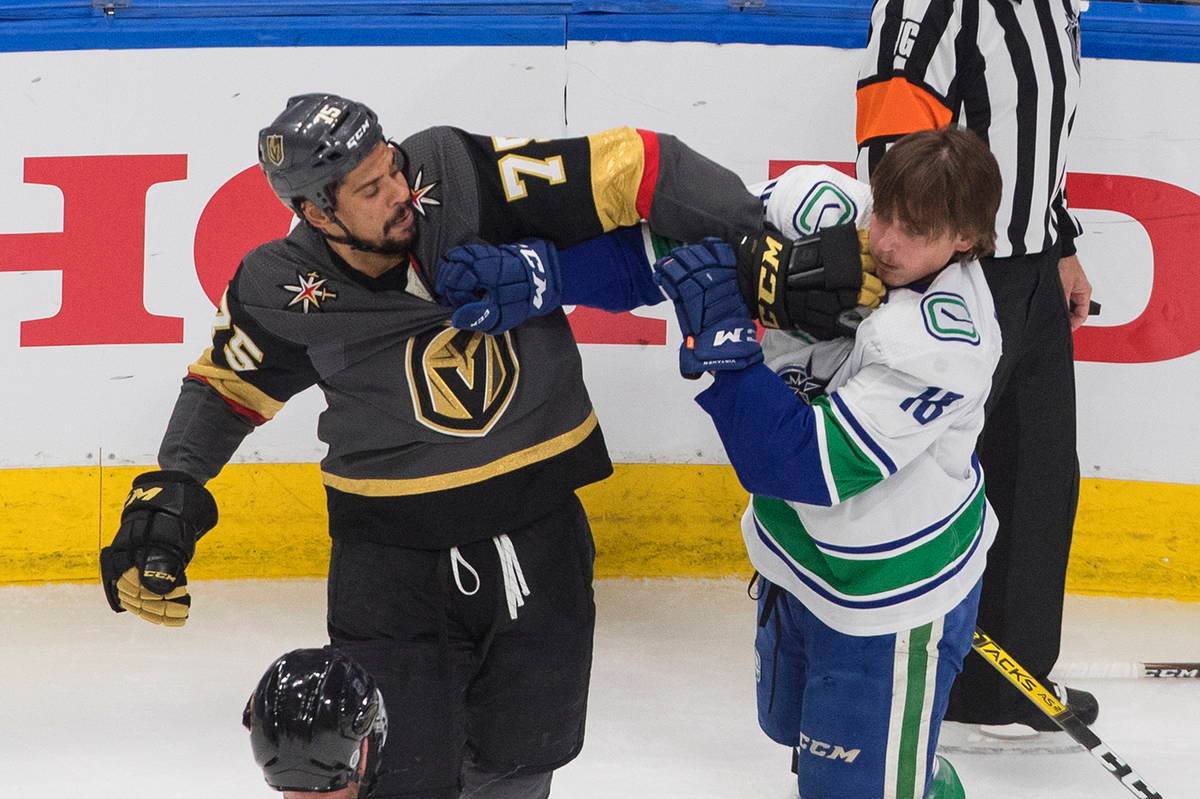 Coming off their elimination of the defending Stanley Cup Champion St. Louis Blues, the Canucks knew they had it in them to defeat the top seeded Golden Knights. The series came down to, you guessed it, each team’s backup goaltenders emerging heroic. The question was, who would emerge more heroic.

The answer to start the series was Robin Lehner, who had just recently been traded to the Golden Knights and was starting in place of Marc Andre-Fleury who had posted a controversial tweet. Canucks goaltender Jacob Markstrom struggled to stop Vegas’ strong scoring in the beginning. In game three, with the series tied 1-1, Lehner again had a big game shutting out the Canucks for the second time in the series.

In game four the Knights again gave Markstrom trouble in the offensive zone by getting five shots past him. Markstrom also had an injury and was deemed unfit to play for game five. Down 3-1 in the series with their starting goaltender out, the ice looked to be slowly melting on the Canucks season.

Backup goaltender Thatcher Demko said otherwise, continuing this theme of backup goaltenders breaking out to save seasons. Making his first career playoff start in game five, the 24-year-old made 42 saves, allowing just one goal to get by him. The Canucks did exactly what a team needs to do to stave off elimination, quickly responding to being down. They did this on a stellar give-and-go from J.T. Miller to Brock Boeser in the second. The Canucks would go on to win the game, forcing game six. Demko somehow topped his first performance as he blanked the Knights 4-0, making classic save after classic save to force a game seven.

Like the Avs and Flyers, the Canucks had an opportunity to go from being buried in snow down 3-games-to-1 to advancing to the Western Conference Finals. Opportunity of a lifetime for Demko, a game seven win or go home, pressure’s there. Demko continued to look unflappable but there was no, nada, offensive support whatsoever from his teammates. This eventually came to bite the Canucks in the third period when Shea Theodore blasted one past Demko for only the Knights’ second goal against Demko in the entire series. This goal however was followed by two more Knights goals as the Canucks season was ended by an effective Vegas offense.

Once again, the netminder stole the show. Sadly for the Canucks, that net minder was not named Demko. It was Lehner, the one who piloted the Knights early in the series also got the last say. He got his third shutout in the series, tying the record for most shutouts in a playoff series.  Vegas knew they had their work cut out for them. “Every team, we’re going to face adversity—a hot goalie, or a five-minute major or something like that, but our team was able to kill it off,” said Knights forward Jonathan Marchessault to ESPN. Next they will face off in the Western Conference Finals against a Dallas Stars team who saw a similar scenario unfold in their series.